Why Did I Start My Work from Home Business? Necessity. 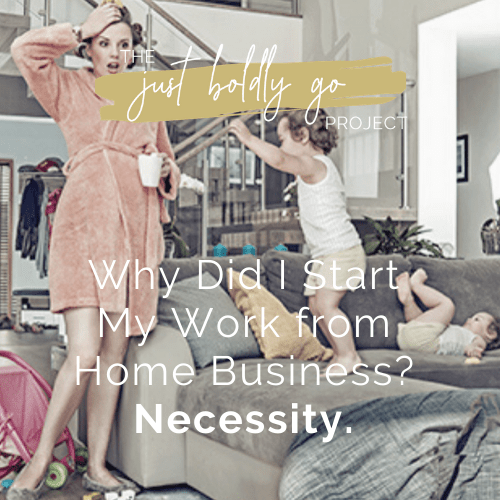 If you’ve been here before, of you’ve known me for awhile, you will know the story about my debt. If this is your first time, I’ll give you a condensed recap.

I’m not advocating that kind of nonsense, but I do want to be clear that this “mistake” of mine is also one of the best things that ever happened to me.

Because I had three little kids, we decided it was a better economical decision for me to stay home with them, at least until the oldest was in school. I tried to substitute teach for a bit, but after childcare was paid for, I was only making $15 a day, and my sanity was worth more to me than that.

So, here I was, with three toddlers, and no steady income. I didn’t want my husband to find out about the debt until it was paid off – primarily because I thought he might kick me out, but also because it was my mess, and I didn’t want to add yet another burden on him. He already hated his job, why make it worse if I could fix it?

I had a laptop and an internet connection, and I knew there was a way I could do something online that would allow me to stay home with the kids. I didn’t know what or how it would work out, but I knew it would.

My initial forays into the working from home plan fell mostly in writing. I have an English degree. I know I can write. It seemed like a logical first step.

I made a little dough off of writing recaps for Say Yes to the Dress and a couple of wedding related shows for a bit. Then got an unpaid (but highly visible) gig with Cinemablend.com.

It still wasn’t enough though, so I started looking at other viable options. Filling out surveys didn’t pay enough + took too much time. And it felt like a sham.

Prior to kids, I was a producer and administrative assistant at a local TV station, and when I saw the phrase “virtual assistant” being thrown around I had no idea what that was, but was certain I could do it.

I convinced a guy I met via Craigslist to hire me over someone else, and worked with him for almost a year before he introduced me to the website HireMyMom.com – where we were looking for designers, etc.

This was the game changer for me. I got another client, and then another – and both of those picked me because of my writing samples from CinemaBlend. They weren’t at all in their genre, but they liked my conversational tone and decided we could make it work.

I’ll stop here and say again – none of this was stuff I was passionate about. It was solely a means to an end…ie, paying off the debt.

In fact, it wasn’t until six years ago (8 years into running my business!) that I realized what my passion actually was. And it took another three years after that to actually do something about it and stop second guessing myself.

You don’t have to know what your passion is to start your business. You just have to want something that the income generated from the business will fulfill.

For me, it was paying off my debt. And then later, it was freedom to do what I wanted, when I wanted, where I wanted.

For you, it might be necessary extra income. Or maybe for buying a newer van. Or just helping take some of the load off of your husband.

Or maybe you DO already know what your passion is, but you don’t know where to start. Or maybe you are waiting til your kids are grown.

Stop that. Waiting to chase your dreams until your kids are grown is asinine. Your kids are learning how to be amazing, functioning members of society RIGHT NOW. You need to model.how to do that – and waiting “until the right time” is an illusion and we both know it.

If you don’t know where to start, shoot me a message. Or check out Emily Reagan’s Virtual Assistant course. Oh, and definitely listen to the podcast episode with Emily too.

If you have your own business, what prompted you to start it? If you don’t, what are you waiting for?! 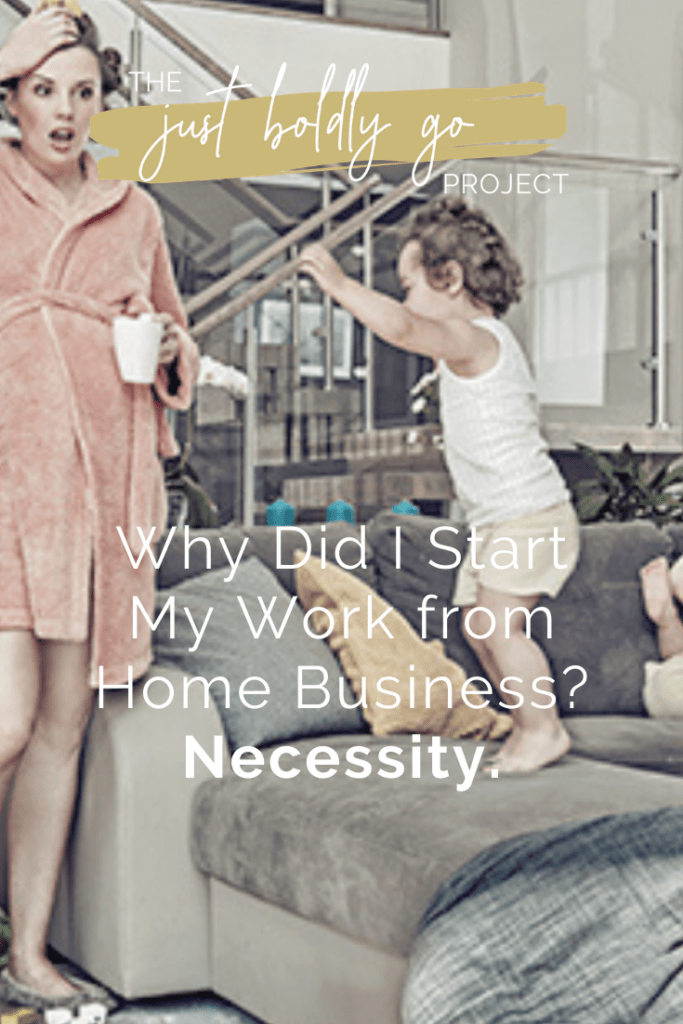