If You Want to Fly… 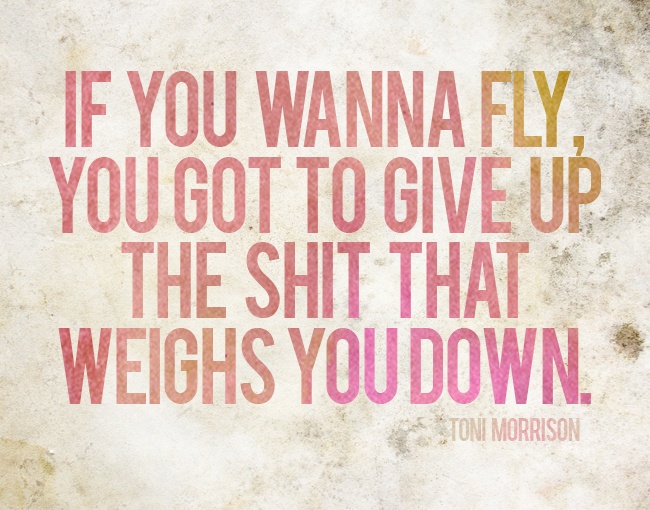 Have you seen The Darjeeling Limited? It’s a film by Wes Anderson. His movies are different. And they are some of my favorites.

My husband and I watched TDL last night. We’ve seen it at least a half dozen times before, but it’s my favorite from the WA Anthology.

With Wes Anderson films, there is so much to notice. The way the camera moves over details and reveals things that aren’t said is inspiring. They are chock full of symbolism – but it’s not the kind that half the people watching the movie don’t get. It’s clear. Clear in a way that makes you feel smarter for having watched it.

So, last night watching TDL, I was struck again by one major lesson of the movie. It gets me every time I watch it, and sometimes I feel like I should watch it on at least a weekly basis so I don’t forget again.

Quick overview for anyone who hasn’t seen:

The movie takes place in India. Three brothers are traveling together – on a journey that two of them don’t understand, and the third is badly controlling. Their father died a year ago, and they haven’t spoken since the funeral.

They experience a large number of odd things, but through it all, they are carrying a 10 piece luggage set that belonged to their dad. 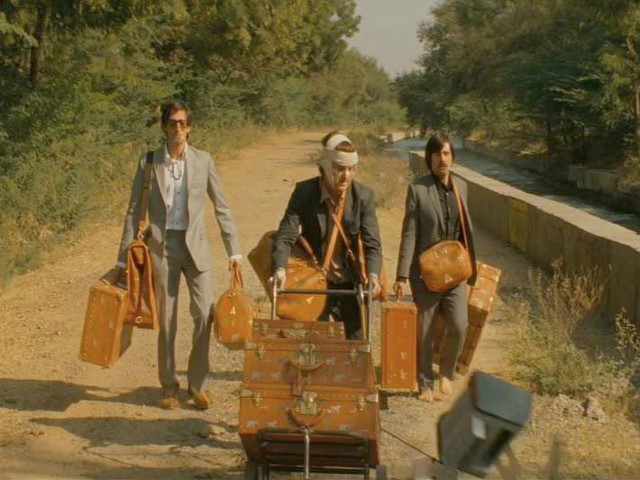 Literally, through everything, this set stays with them. It’s cumbersome. It’s overwhelming. And it slows them down.

Towards the end of the film, they reach the point of the journey. To confront their mother on why she has not only abandoned them, but why she also abandoned their father. Her answer does not satisfy, and when they leave, they still have the luggage with them.

The key moment is at the end of the movie. The brothers are chasing after the train that is going to take them back to their regular lives and they can’t make it. They are running with all the bags and they realize they absolutely have to let it all go, or miss the train. One by one they drop bags and gain momentum. They all make the train, leaving their father’s luggage strewn about the countryside.

That right there. That’s the thing I need to constantly be reminded of.

How can you possibly keep moving in life if you are carrying all the baggage of the past?

Toni Morrison is a smart woman. There is no truer statement than this. And it applies to every area of life.

Sometimes it’s super hard to change the way things are done. You see other people being super successful by following a model of the way things have always been done – but that just isn’t working for you. Or maybe it just doesn’t feel right. Let that go. Be willing to do things your way.

There are people in all of our lives that we need to let go. It may be someone from the past that has hurt you in a big way, or someone in the present who is continually hurting you. You have two choices here. If they are someone you care about, and want to be part of your life, forgive them. If they suck and you just don’t want to have anything to do with them, walk away. (I know, easier said than done, but baby steps are okay too.)

Let go of your idea of perfection. Perfection is not only unattainable, but it’s a terrible way to measure your success. Go easy not only on yourself, but on the people you interact with, NOT just the people you love. Sometimes it’s super hard to remember that everyone has something going on that you don’t know about and cannot fathom. There are people walking around right now that I don’t even know how they get out of bed because of all the pressure they have to deal with – I know I couldn’t handle it.

And don’t take things personally. Only very rarely are things actually about us. When someone snaps at you, it may or may not be because you deserved it. Sometimes its because they just got a very bad piece of news and they aren’t handling it well.

Also, don’t get too hung up on your vision of how things *should* be. Sometimes they aren’t supposed to be that way. And sometimes they will be that way some day – but you are going to have to wait for it.

Waiting is hard. But it’s harder when you are carrying around a 10 piece luggage set. 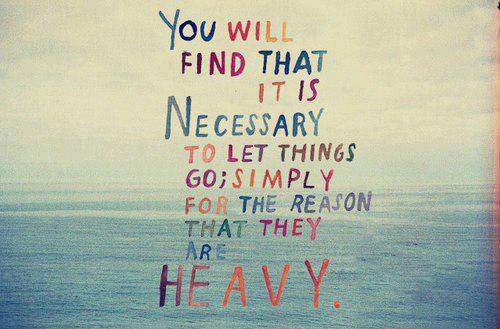 Don’t go through your one beautiful life hanging on to things that are heavy. Forgive. Move on. Whatever you’ve got to do – let those things go. 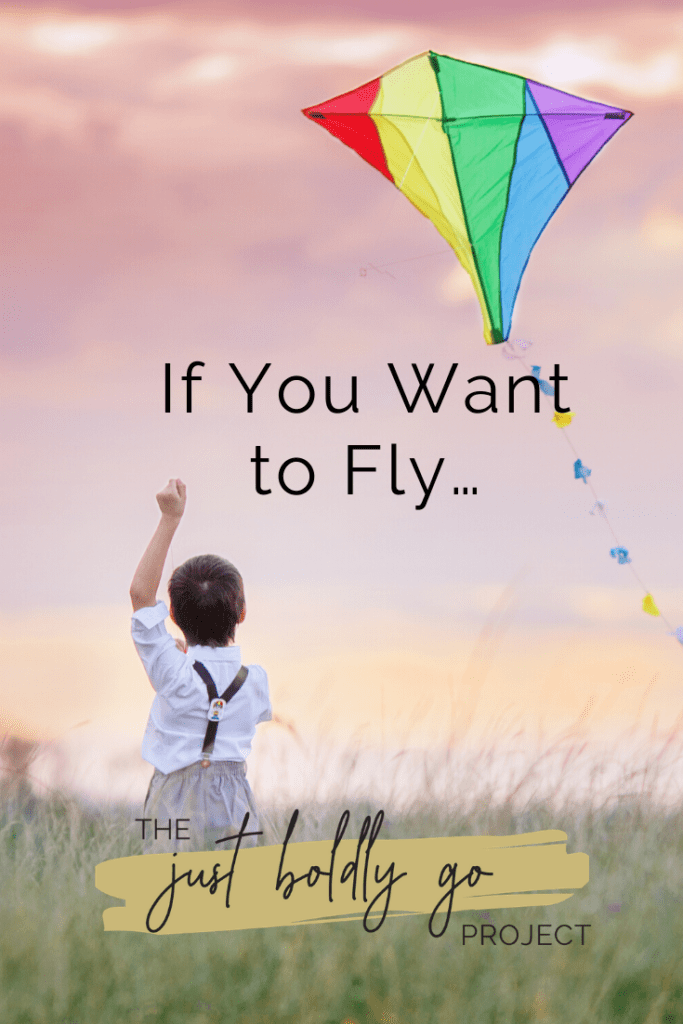