Freedom is more important than security 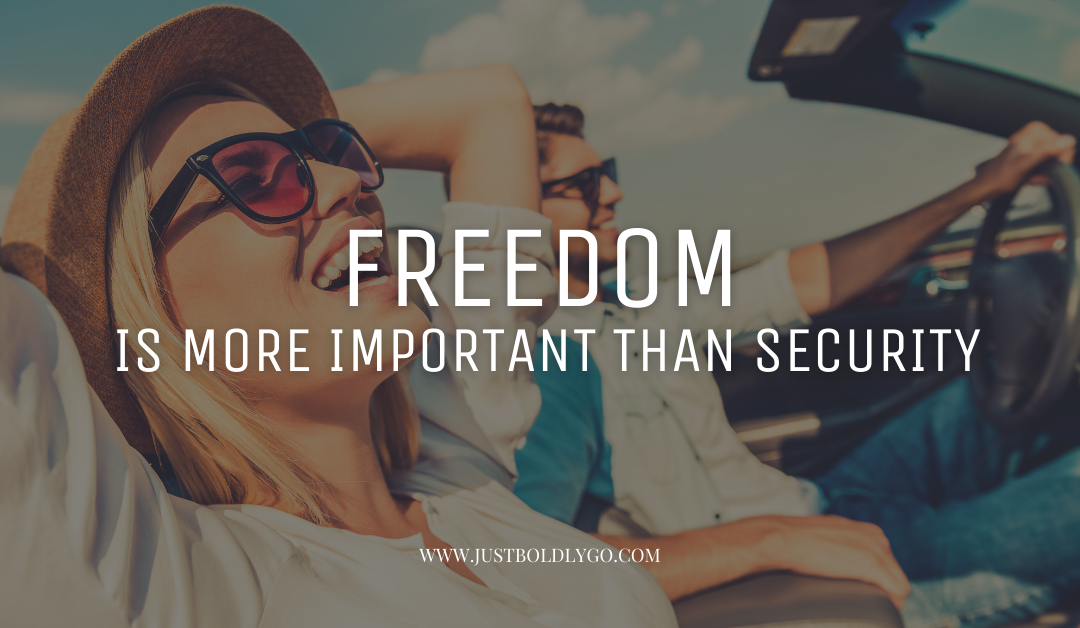 Functional.Faith – Body, Mind, + Soul Nutrition CoachingMy kids are all turning out to be entrepreneurs. It was a logical conclusion, seeing as how their dad and I both are now.

Their dad was a teacher during their early lives, but they don’t really remember those days. Not well anyway. As far as they are concerned, we have both always had the freedom to work for who we want, when we want, and take days off when we wanted to as well.

I haven’t always been the model of ideal entrepreneurship – because I worked every free second I had – but their dad and I together have shown our kids that joining the corporate world, or getting a regular 9-5 isn’t an assumption we hold for them. They can do whatever they want to do, and we will both be here to support them through it.

Someone asked me once if entrepreneurship runs in my family, and I can say without a doubt that it does.

(And yeah, I’m totally gonna tell you about all of them…listed in order of age, so as not to think anyone’s business is more important than anyone else’s…)

My granddad + grandma, and later my uncle joined the crew, ran a very successful well-pump business, ARPCO Pump, for something like 40+ years that supported 8 counties in southern Missouri, keeping the water flowing.

My mom is crazy creative and has sold handmade crafts and jewelry.

My uncle John & aunt Debbie have had a hugely successful eBay business for years.

(My daughter’s business is coming soon!)

So yeah, it definitely runs in the family.

And I can say without a doubt, that for me, the motivation has always been my freedom.

Having the money I would have made at a job would have been great, because as we all know, having money gives you freedom.

But MY freedom was worth more to me than anything a minimum wage job in the 1990s could have ever offered.

As a teenager, my summers are when I could have worked the most and made the most money – but that was also the only time I could travel.

Travel trumps job EVERY time for me.

Instead, I would babysit as much as possible, during the school year. I did odd jobs for my grandparents. I scrimped and saved and did without, letting my not-wealthy parents pick up the bill for my every-day stuff, not getting the coolest of everything, just so I could go on mission trips in the summer, and visit family members who lived in far off states.

In fact, in my nearly 45 years of being alive, I have worked at a “real job” less than half the time I’ve been an entrepreneur.

This is my entire “real job” history…

I worked for a pizza place for 2.5 months before I went to college…but only worked on weekends and an odd Tuesday.

I worked for the call center for my college on Tuesday evenings to make enough money to pay my long-distance phone bill for like three months.

I worked at a factory for like 5 weeks once, and then used the excuse of having eye surgery (that actually in no way affected my ability to do the job) as a reason to quit.

I worked at 4 hotels over a three year period, sometimes overlapping and working at two at once, to pay for college when the money my grandma gave me ran out, and I lost my scholarships when I transferred schools.

I was a substitute teacher on and off for many years – but I’m not even really sure that’s a real job, because I didn’t have to say yes to any of them.

I worked at a TV station as a producer for about a year and a half.

Every other dime I have earned has been from my own ambition and refusal to let anything else impede on my freedom to do what I want, when I want, with whom I want.

If you are tired of clocking in that 9-5, but don’t know how you can make the jump – we should chat.

There is ALWAYS a way, and I can see money making opportunities where other people don’t.

Freedom lies in being bold

I start with right where you are and help you tame the current chaos you are living in, while moving toward the thing you are too scared to even hope for right now.