Either I Will Find a Way – Or I Will Make One 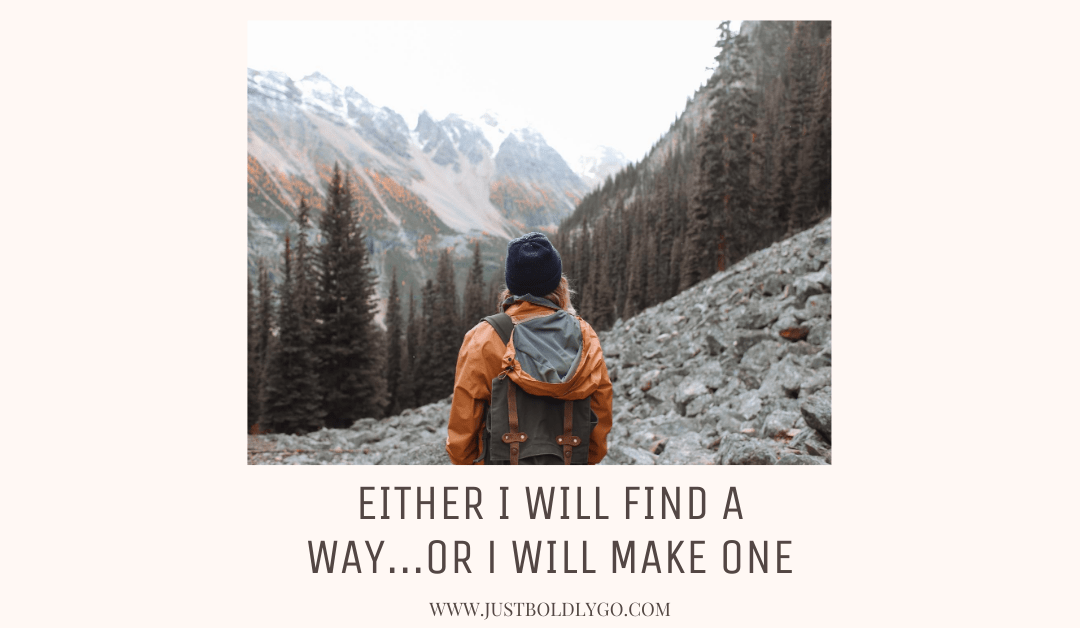 Either I will find a way, or I will make one.

This is the quote that drives me. Whenever I feel like there is no way around the roadblock in front of me, I recall this quote and I know that there is nothing that will stop me.

Around the year 218 B.C., Hannibal, the great general of the Carthagenian army was attempting to defeat the Romans, by taking an army of men and elephants across the Alps.

You read that right.

I’ve known this story for ages, but never really thought about where Carthage was actually located. So, I googled.

Carthage was a Phoenician city-state on the coast of North Africa (the site of modern-day Tunis) which, prior to the conflict with Rome known as the Punic Wars (264-146 BCE), was the largest, most affluent, and powerful political entity in the Mediterranean.

The Hannibal part of the story happened during the second Punic Wars. Hannibal took his forces into Spain, and up through southern France, across the Alps and into Italy proper.

He not only got his elephants across the mountains, he also defeated the Roman army at every turn on their own turf.

He held most of Southern Italy for fifteen years until the Roman general Scipio took the war straight to Carthage, and Hannibal had to return.

Hannibal was and is still considered to be a strategic mastermind. He took crazy risks to reach his goals, and would not let any obstacle divert his focus.

For me, this quote reminds me regularly that if my initial plan of action meets with too much resistance, or just plain doesn’t work out – it’s perfectly acceptable and appropriate to get there another way.

And perhaps most importantly, it reminds me that I don’t have to do things the way other people do them. I will find a way, or I will make one.

That means getting super creative and thinking about how I can approach the issue from a different perspective, sometimes reverse engineering the problem, and definitely talking to the people I trust to get their input.

When you are doing anything big and scary, you will always come up against bits of the journey that are more difficult. You will hit roadblocks. You will have to divert or pivot.

Having the resolve that you will find a way or make one, is the secret sauce to not letting those bumps in the road get you down.