Bold Women of the Bible: The Daughters of Zelophehad 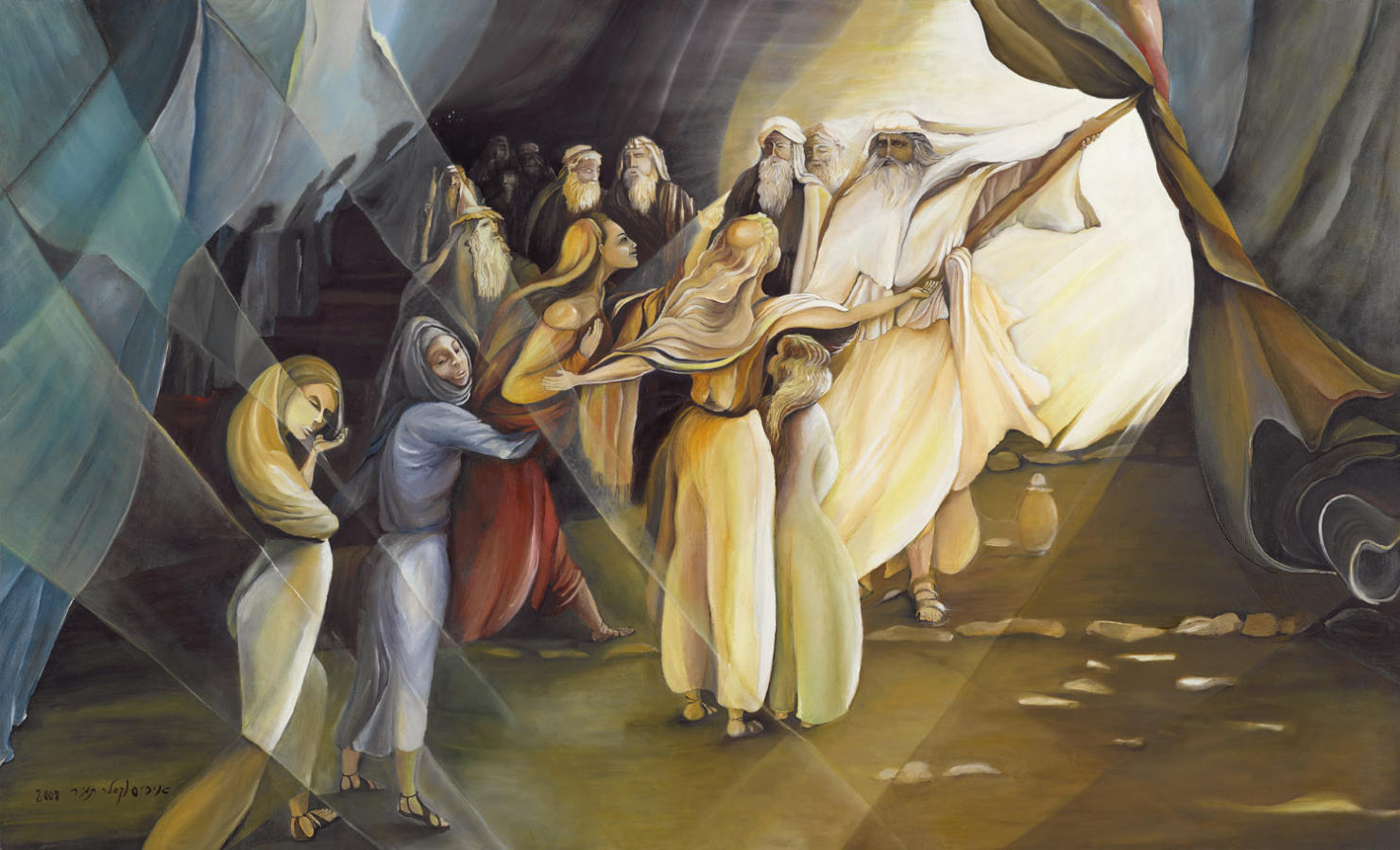 If you’ve never heard of the The Daughters of Zelophehad, you are not alone. These obscure young ladies are mentioned in the Old Testament book of Numbers.

If there is one book that’s harder to read than Deuteronomy (that’s all the laws for the Israelites), it’s Numbers.

The whole book is about, well, numbers. But there are a few valuable bits for us in there too.

First of all that name. Zelophehad. Pronounced zuh-loh-fe-had, in case such things interest you.

So, we learn about the Daughters whilst a census is being taken. God had instructed Moses to figure out exactly how many men there were amongst the twelve tribes because they were about to take the promised land and it was time to start planning who was getting what.

In those days, a census involved men only. But Zelophohad was dead, and all that remained of his ancestral line was his five daughters.

They would marry, and become part of their husband’s line – but their father’s line would vanish from the face of the earth.

The girls did not like this.  So they decided to confront the leaders about it.

That sounds like an intimidating thing to do in our modern times – but you have no idea how big of a deal this actually was.

There was no precedent. They weren’t challenging the laws of men, but the actual laws of God. They believed that God’s laws were just – but this omission left them in a lurch, so by pointing it out, they hoped that He would realize it and fix it.

They marched themselves to the center of the Jewish encampment. Where the tabernacle was set up, the stone tablets from Mount Sinai which bore the ten commandments were contained within the Ark of the Covenant (YES – the Indiana Jones Ark of the Covenant); where the entirely male leaders of the nation of Israel held council – basically, a place women had no place.

Yet they walked right up and explained their predicament.

Moses and the other leaders did not know what to do. What the Daughters said made sense, but the law was the law.

Moses took it before God and God said the Daughters were right…and He changed the law.

These five sisters had the cojones to not only go to a place they were not welcome, and speak to a bunch of men who didn’t really care about their plight AND question the God of creation on His rules…

AND THEY WON. They changed the law for all women from then until now.

This is remarkable for a few reasons.

It shows us that nothing is set in stone. That God changes His mind. That we can affect change with bold moves.

And, from MyJewishLearning.com: “Perhaps the most important legacy of Zelophehad’s daughters is their call to us to take hold of life with our own hands, to move from the place that the others have given us–or that we have decided to keep because we feel immobile–and to walk, even to the most holy center, to where nobody seems to be able to go.”

You MUST take your life by the horns and lead it to where you want it to go. That is the lesson here.

But, being a mom, I get that it’s hard to even remember where it was you wanted to go in the first place. That is why I created a six week course to help you reign in the chaos of life to open up the space for you to bend your life to YOUR will, not everyone else’s. 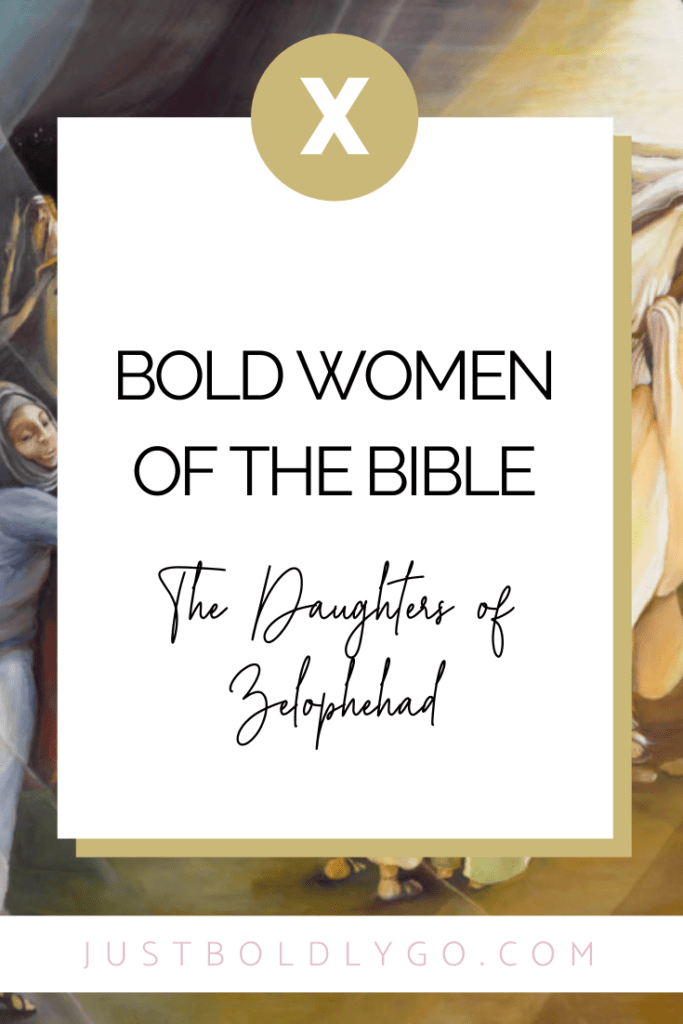 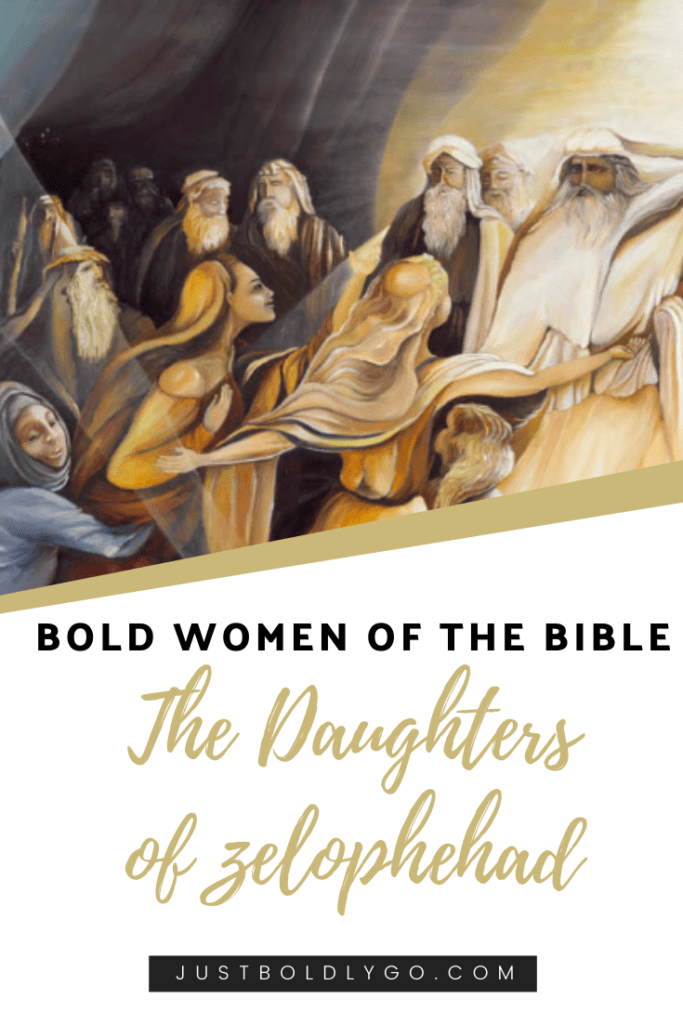