Bold Women of the Bible: Rebecca 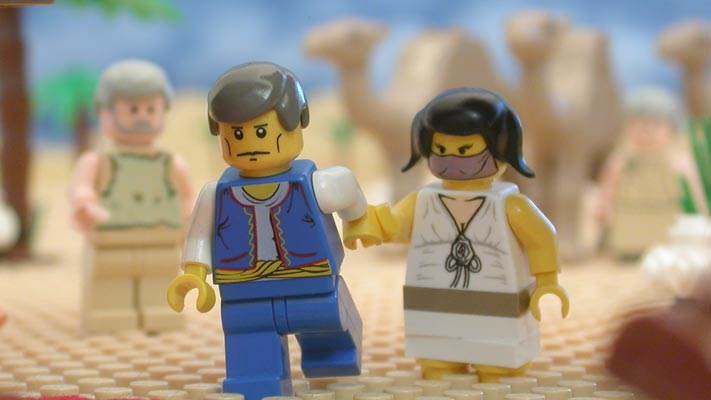 Because I know not everyone knows all the stories in the old testament, I’m going to start each post in this series by  giving you a little background on the subject.

So, you probably have heard of Abraham. Father of many nations and whatnot. His second son (and the son that God promised to him and his wife Sarah), Isaac, was of an age to marry. Sarah had just died. Abraham knew it was time to get a wife for his son – and it was his job, as these things were arranged.

Abraham does NOT want his son to marry any old Canaanite (short for jenny from the block), so he sends his servant back to the lands of his father and tells him that the first woman to offer him a drink would be the one.

This happens as predicted, and when the servant tells the young lady, her name was Rebecca, the dealy-o, she agrees.

That right there is an important point – because in that society, she did not have to. But Rebecca was an adventurous and impulsive girl, and she was down with the chance.

It turned out that her intended was handsome, and when she arrived back at his pad, she was glad she’d agreed.

They married, and spent 19 years trying to have children. Finally, Isaac begs God to help them out, and she gets pregnant with twins.

Twins was more than the lovely Rebecca was bargaining for, and she cried out to the Lord, “Why is this happening to me?”

And God replied to her. No joke.

He said, “The sons in your womb will become two nations. From the very beginning, the two nations will be rivals. One nation will be stronger than the other; and your older son will serve your younger son.”

Okay, so God drops some future information on her. She probably shares this with Isaac, right?

Nope. She does not.

She gives birth to two boys, Esau and Jacob and she keeps her lips sealed.

According to the history of the Book of Jubilees (it’s NOT part of the Bible, but it used to be considered scripture), she waited till the kids were older and told Abraham instead.

There are some family dynamics going on here – because Isaac loved Esau more, and Abraham + Rebecca loved Jacob more.

Before you get all judge-y on that, Esau was a right royal douche.

Abraham told Rebecca that she should absolutely not tell Isaac, and she should make sure Jacob gets the blessing and inheritance.

I’m rambling, so I’ll cut to the part where Rebecca and Jacob trick Isaac by covering Jacob’s arms with goat skin to make him feel like his hairier brother (Isaac is blind at this point) – and Jacob effectively steals the blessing and inheritance from his moments older brother.

Right here is what I want to talk to you about.

Every time I’ve ever heard this discussed, it’s always about Rebecca being pushy, controlling and deceitful.

In my mind, Rebecca was the one that received the revelation from God. Not Isaac.

Abraham instructed her to not tell her husband because they both knew that Isaac would have ignored the message because of his preference for Esau.

And, if you head over to Genesis chapter 25, you will note that she was not punished in any way for what she did. By God, or by Isaac. In fact, Isaac didn’t even get mad at her. And this was a time when you could drop your wife for really anything.

What she did wasn’t pushy or controlling. It was bold.

She had received a message DIRECTLY FROM GOD, and acted on it. Wouldn’t it be easier to make bold moves if God just told you what He wanted you to do?

Well, He does. You’ve felt the pulls and the nudges but you’ve convinced yourself that whatever it is wasn’t logical. It didn’t make sense. You’ve ignored what you’ve known He was telling you to do.

I’d like you to keep in mind that God’s directives are rarely logical. They are not going to be easy. And you most certainly aren’t going to think you are qualified to carry them out.

This is why you must be bold. You must have faith. And you must be ready to act when the opportunity presents itself. 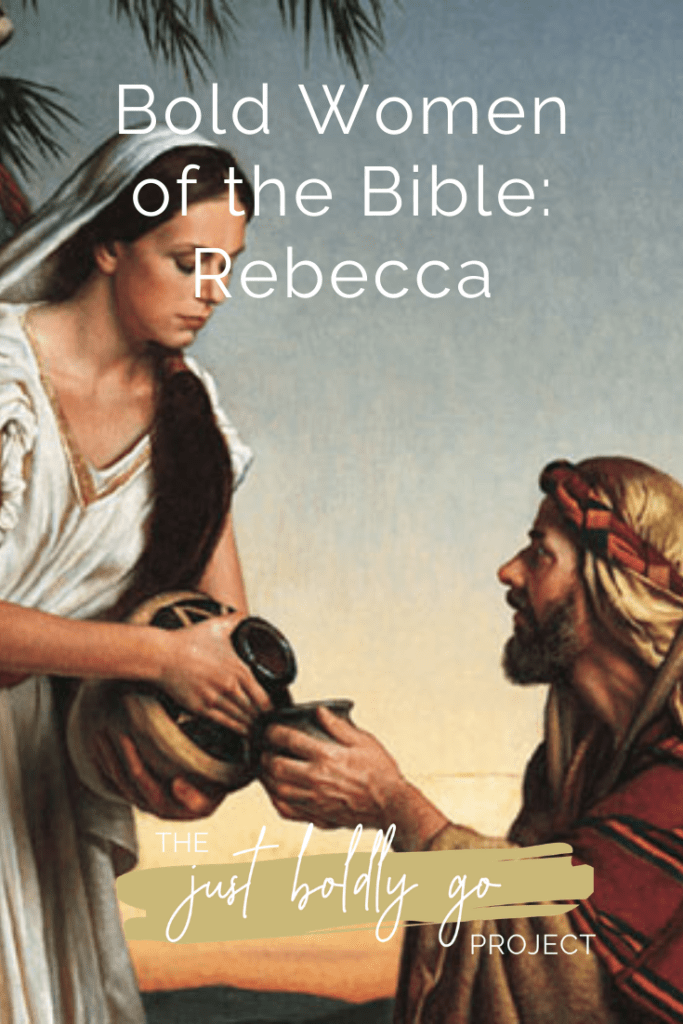