Bold Women of the Bible: Miriam 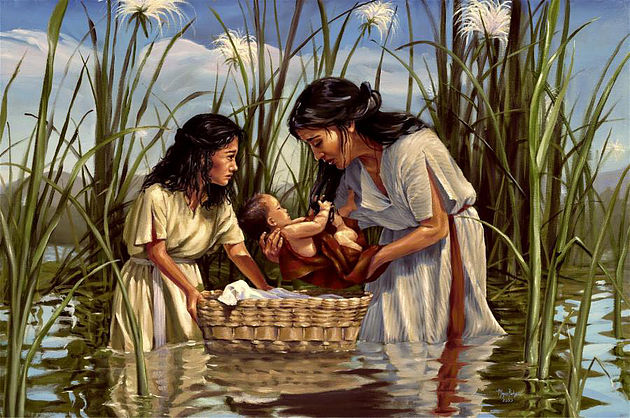 I’m pretty sure you’ve heard about Moses. The guy that delivered the Israelites from Egypt… Did all the plagues with pharaoh… Burning bush… Red Sea…

I’m pretty sure you know who I’m talking about. Well, if you’ll recall, the days when Moses was born were not great days for male Israelite babies. Pharaoh was tired of their population growing at a magnificent rate, and decided the best way to curb it was to murder all the male children when they were born.

Listen, I’m a mom, and I know that there is no way in hell I’d let anyone murder my baby boy. They’d have to take me, and I’d surely be taking a whole lot of them down with me on the way.

So, Moses’ mother did what she could. She hid her baby in a little baskety-boat thing and let him float gently down the river. But, like any worried mother, she set his older sister to follow along in the reeds and keep an eye on him.

That older sister is Miriam.

Miriam is barely mentioned. Her story is glossed over. But this young lady has guts.

So, the story continues that eventually Moses and his baskety-boat float by the palace where the Pharaoh’s daughter is bathing. She picks the baby up, and she knows what’s up, but he’s super cute, so she quickly decides she’s keeping him.

Enter Miriam and her guts.

She saunters up out of the reeds and says, “Oh hey, you’re probably gonna need someone to nurse him, right? Welll, I’ve got just the lady…” (paraphrased…)

And she runs home and GETS THEIR MOM to come nurse Moses for the princess.

We don’t really know what happens after that for Miriam, but when Moses returns from exile and confronts Pharaoh, his older brother Aaron and his sister Miriam are right by his side.

When they escape from Egypt, Miriam is leading the women.

As they wander through the desert, Miriam is considered a prophetess.

This might all lead you to believe that Miriam remained single for her whole life. But, no. She did not. She was married AND had a kid.

She basically brought home the bacon AND fried it up in a pan.

My point is that Miriam was brave. She wasn’t afraid to protect her brother, even if it meant talking to a princess.

She marched the Israelite women right through the parted waters of the Red Sea.

She led the Israelite women in the desert and helped provide water to the entire nation.

And all while loving her husband and raising her son. 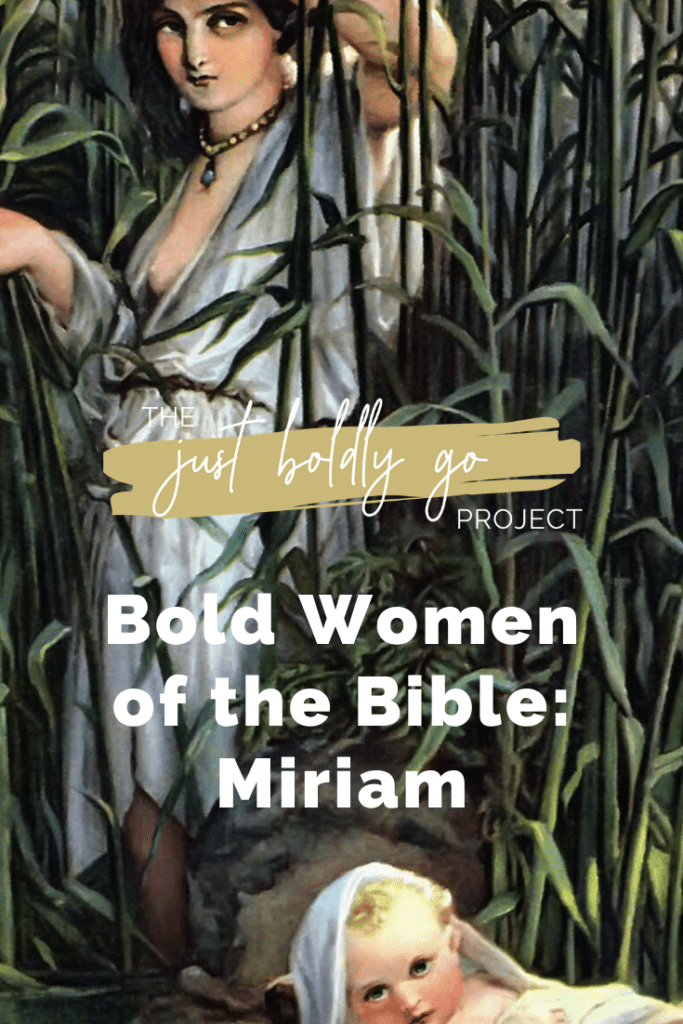