A Triple Is Only 75% Of The Way Around The Bases…But It’s Still An Awesome Hit. 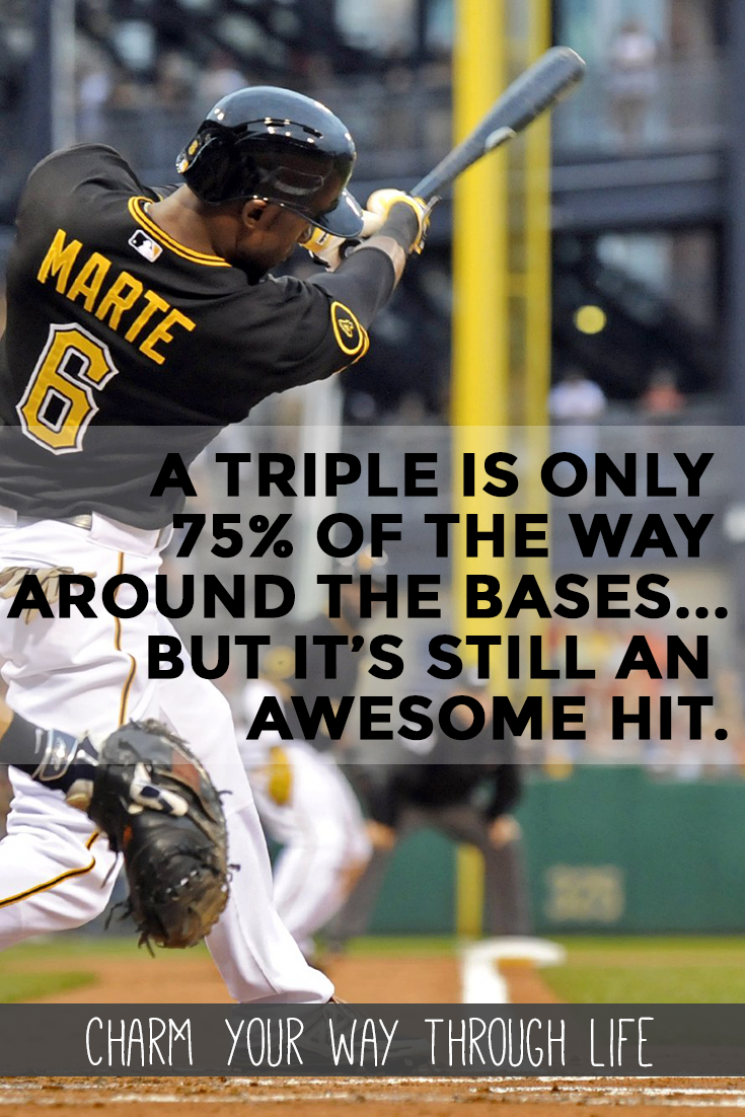 I may lose some of you with this one – because it’s a baseball analogy. But I love baseball. So much so that I lament every year that my birthday is in December, because if there is one thing I want to spend my birthday doing – it’s sitting at a Pittsburgh Pirates game. (My point is that I really, really love baseball.)

Anyway, back to the reason I’m writing this. The whole point of this little book I wrote is to help people get what they want 75% of the time – and while 100% would be great, we would all be a whole lot happier if we could understand that 75% is more than sufficient most of the time.

The guy in the image is Starling Marte. He plays left field. And he most often is the first guy up to bat for the Bucs. That’s because he gets on base. A lot. And he’s fast. Should he hit a triple, he’s on third and in scoring position when the next three batters get up – and since that’s usually the power hitters, there is a good chance that he’s going to score.

And that’s the goal. The score. Hits are great, but if you don’t put yourself in a position to score, you aren’t getting the job done.

By getting even a single (that would be 25% of the whole), he’s still doing better than if he struck out. We can agree on that, yes?

So, I think the thing to take away from this is that putting yourself out there and trying your hardest is the only way to get anything done – including and not limited to getting what you want out of life. If you get what you want 75% of the time, you are doing pretty darn good.

In baseball, when you are up to bat and you hit a triple, the crowd will most definitely go wild. Same goes for life. If you get what you want 75% of the time – you are killing it.

Perfection is unattainable, and it’s also the kind of thing that can make your life miserable trying to attain. Give yourself (and the people around you) a break.