A Peek Inside My Morning Ritual 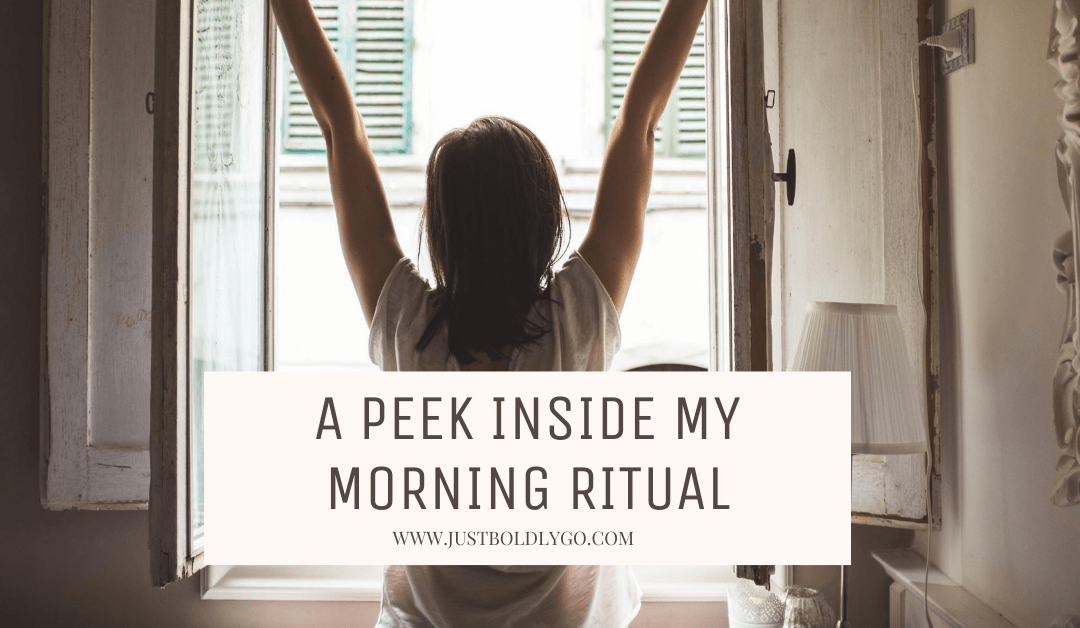 It took me years to realize that a morning ritual was the key to me having a successful day.

You might call it a routine – but don’t say it to me, because I hate that word with every fiber of my being. I don’t do routines.

Besides, rituals are way more magical than routines are.

I am hesitant to reveal my morning ritual, simply because I worry that someone might think that doing the exact same thing will result in the exact same results.

I mean, it might. I’m not sure. But I know it’s taken me years to get this down to a science.

I highly suggest you take what I’m giving you here, and then tweak it. Make it your own. Or do your own thing altogether.

Aside: I call this my morning ritual, but it’s more of a whenever-you-get-up ritual. My schedule doesn’t have to dictate your schedule.

So, here’s the rundown.

The purpose of this is that it allows me to ease myself into the day without the barrage of “where’s my…” and the bad attitudes because I’m the only morning person in this house.

Like I said, this isn’t a routine – because I purposely vary the order and some components to keep my routine-hating self happy.

But every morning starts with me lighting a candle. This consecrates it as a deliberate act. This part was added after a chat with my lovely friend La Padre.

Most mornings I work out. It used to vary between treadmill or yoga. These days I’m doing workouts assigned by a 12 week bootcamp I joined run by my friend Zee. It’s brutal, and I feel like Jello after. 20-30 minutes tops.

Next up is some sort of time spent with God while I stop sweating. I either meditate, or read a devotional, or listen to a podcast, or pull out a notebook and start writing, or just talk things out with him.

I get dressed for the day, even though I’ve been working from home for 14 years, and most days I barely leave the house. Usually the uniform is jeans, tank top and some sort of cardigan to take on or off as I get cold or hot – because dude, I’m 43 and perimenopause is coming.

By this time, kids are up.

As they run through the shower, I’ll probably pack their lunches – unless they’ve been really awful, in which case they can do it themselves.

I french press some coffee, empty the dishwasher and load breakfast dishes back in.

As they are walking out the door, I’m usually wiping up the last surfaces in the kitchen.

I walk quickly through the house and tidy up anything that’s super cluttered, because I can’t handle that nonsense.

I blow out the candle, and get down to the business of work.

If you need help with creating a morning ritual for yourself, or just generally want to Tame the Chaos in your life, head over to my FREE Facebook group. We have tons of ideas and videos for you to watch and a growing community to help support you in your journey. 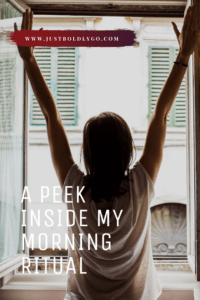