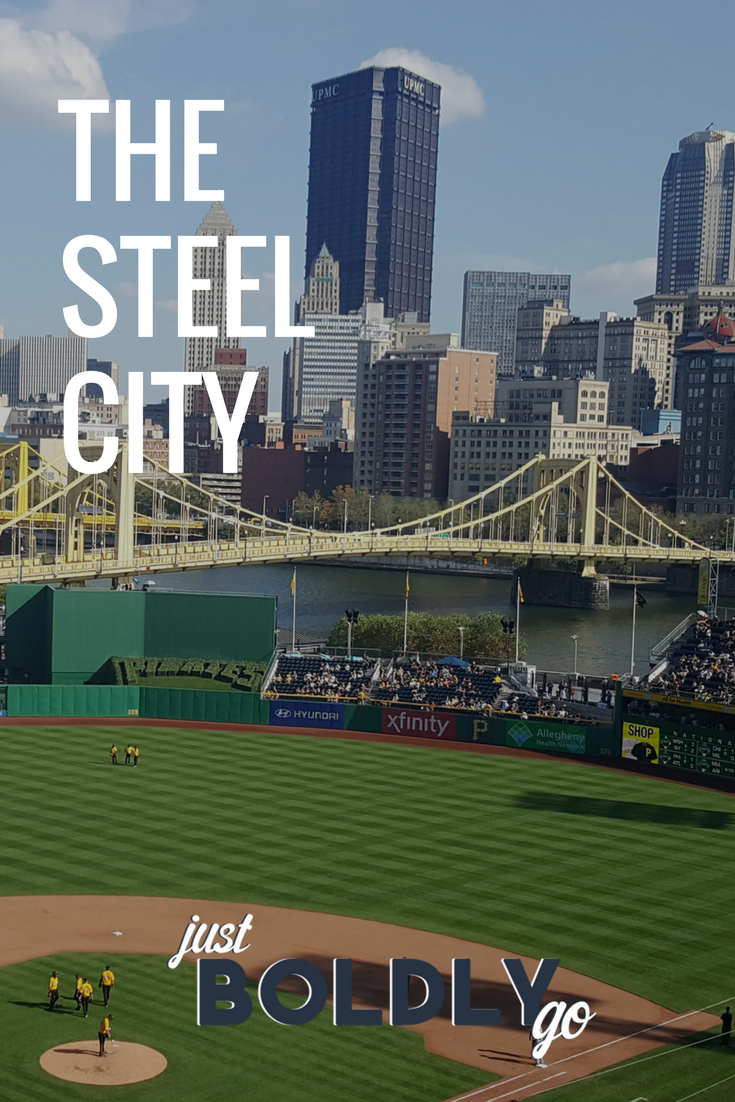 When I was growing up, my aunt and uncle lived outside Pittsburgh in Coraopolis. (I don’t want crap from you Moon Township-ers.)

I spent a ton of time there, and developed a deep and abiding love for the Pittsburgh Pirates. In fact, I’d say there are very few things I love more than Pittsburgh baseball – even though their last championship occurred when I was 3 years old.

When I was 18, my aunt and uncle moved to Atlanta. This was fresh on the heels of the 92 NLCS (in which the Atlanta Braves beat the Pirates out for the National League Championship for the second year in a row). Betrayed!

I hadn’t been back to Pittsburgh since – though I’ve been to several road games. It was time.

This past September, I convinced my husband that we needed to jump on the turnpike as soon as my kids were done with their cross country race and head to the Steel City – a five hour drive. He loves me, so he went along with it.

It was a long drive. I mean a LONG drive, and by the time we crossed into PA, I was starting to wonder if it was even worth it…

But then we hit the Fort Pitt tunnel.

Have you ever driven through the Fort Pitt tunnel?

It’s an experience. You are on the highway, driving along through what you think is the city…then you hit country again…and then the Tunnel.

It’s customary to hold your breath through the tunnel – at least it is for me, but when you get to the other side, it’s so breath-taking that you kinda wish you hadn’t held your breath after all… I mean, just look at this…

So, finally, I’m in my favorite city with my favorite people, and they’ve never been there.

The only thing to do is take them on a whirlwind tour of the best-of-the-best.

We stayed at the Hilton Garden Inn Downtown – it was lovely. The free shuttle was willing to take us anywhere within 2 miles, and the driver gave us a history lesson on the way.

Once we got checked in, we headed straight out – the sun was getting lower and I had a plan to be up on Mount Washington before it happened. The shuttle dropped us at Station Square, right at the Monongahela Incline Station and we hopped a quick ride up. 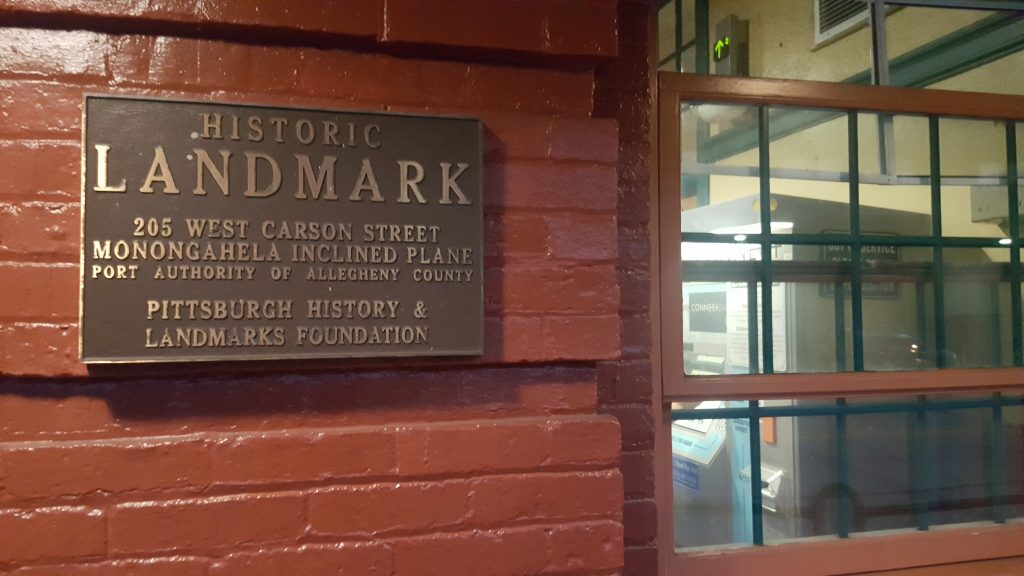 We made it, just in time. 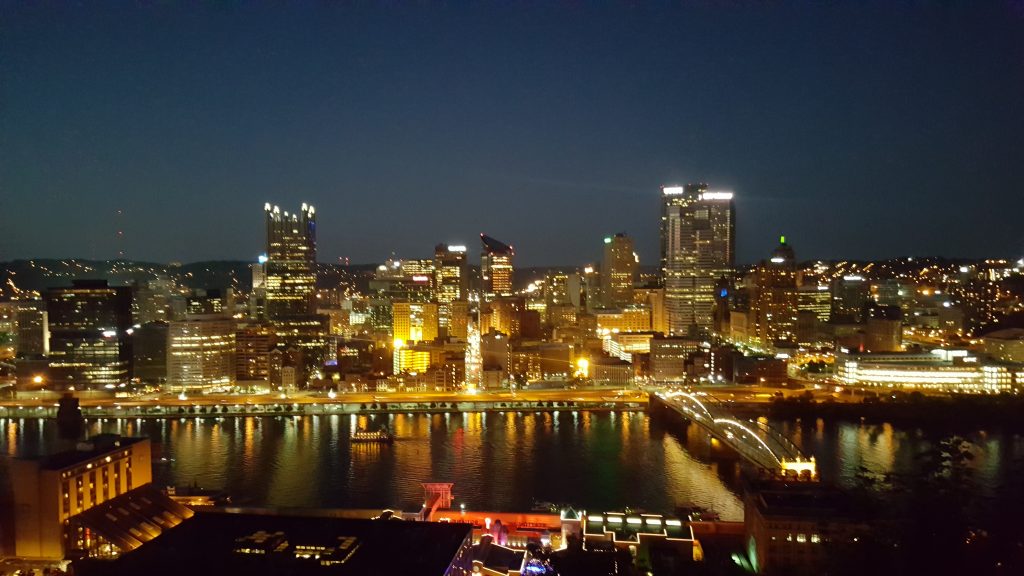 We ate quick at Packs & Dogs (though I think they just closed recently…). I got the Bloodhound, Husband got the Irish Setter. 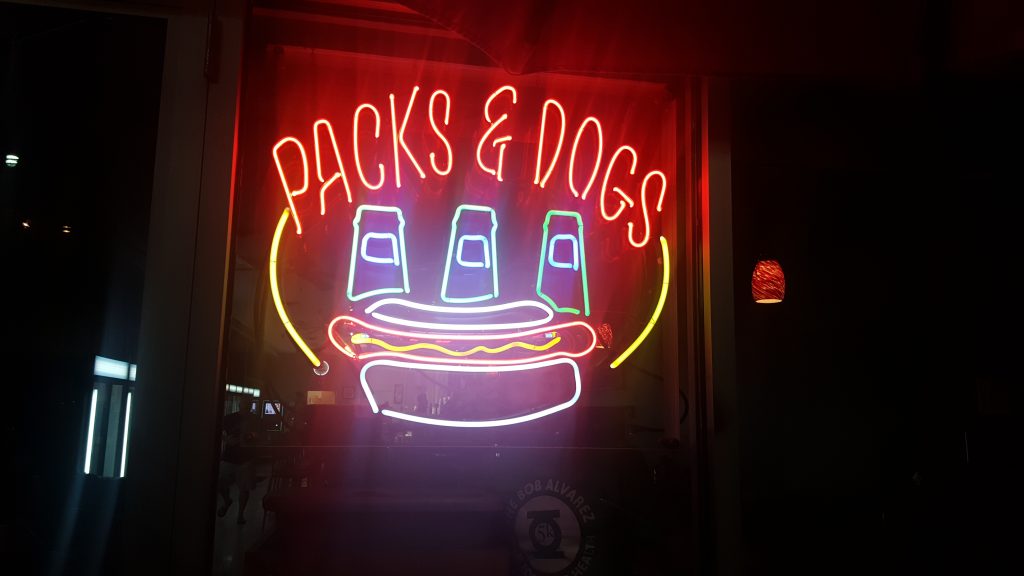 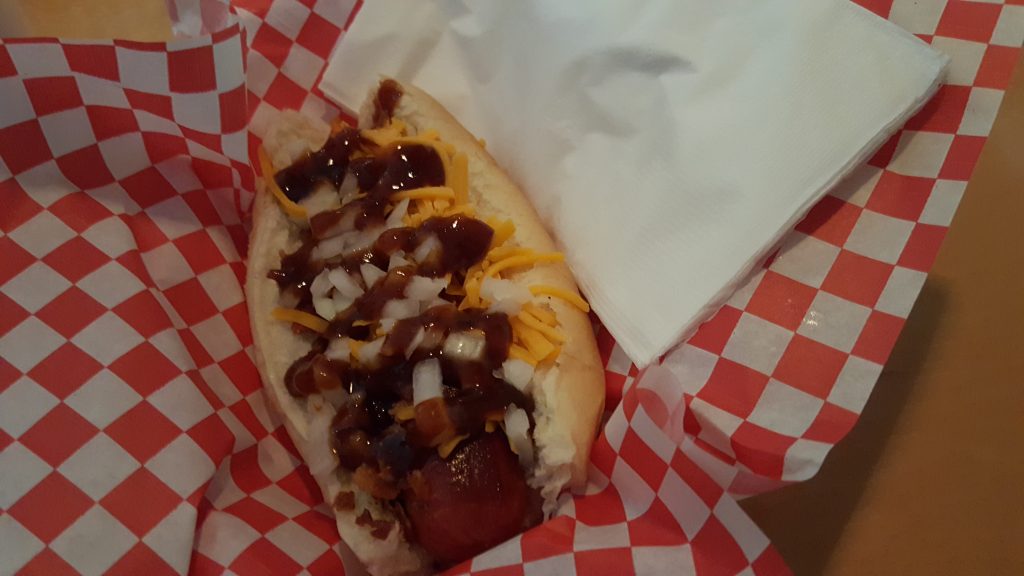 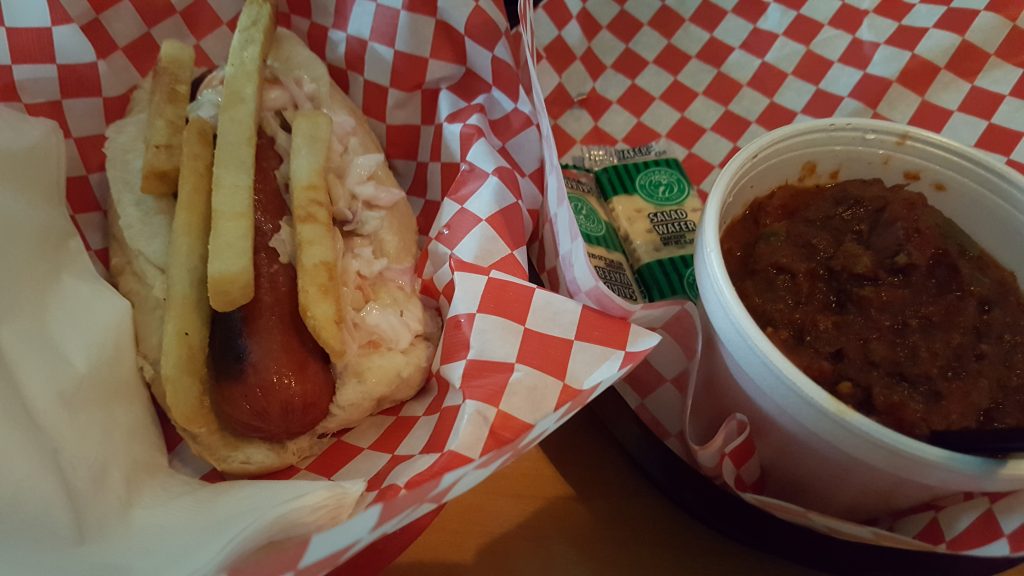 We headed back down the Incline and out to the Point.

Keep in mind that the last time I was in Pittsburgh, Three Rivers Stadium was still standing. I was blown away by the gorgeousness of the North Shore from the Point. We strolled down the riverwalk to the Clemente bridge and across to catch the end of that night’s game. 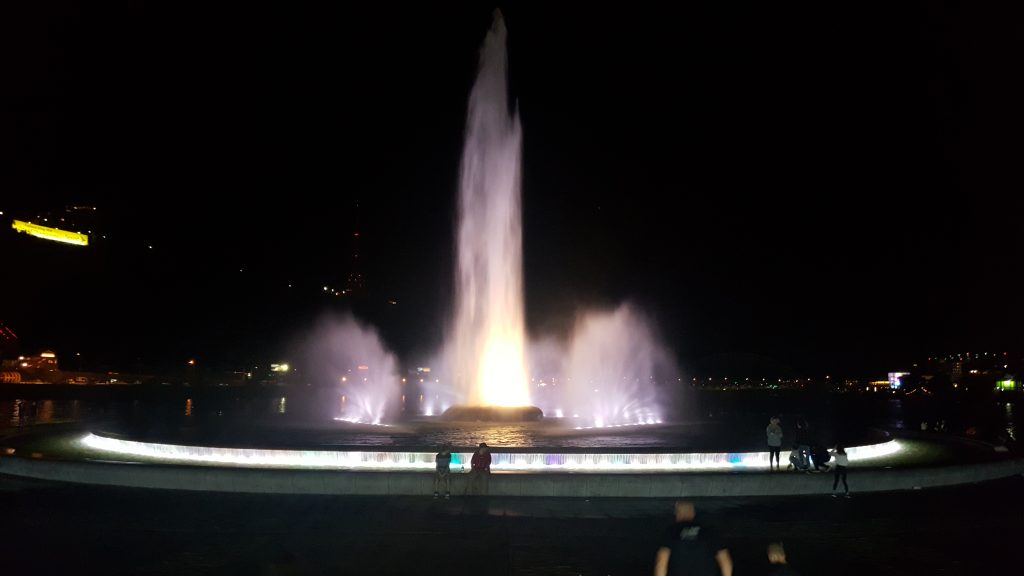 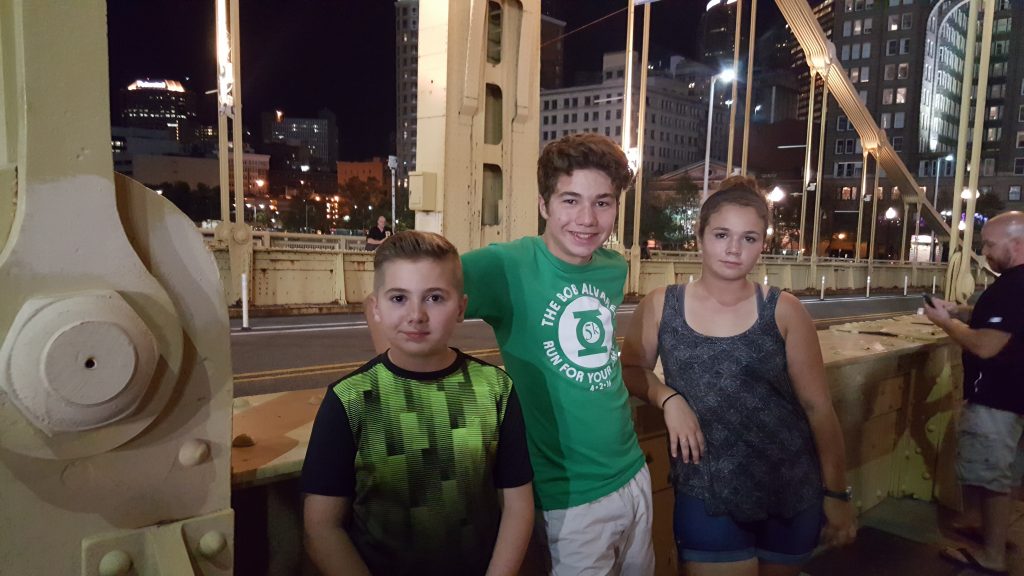 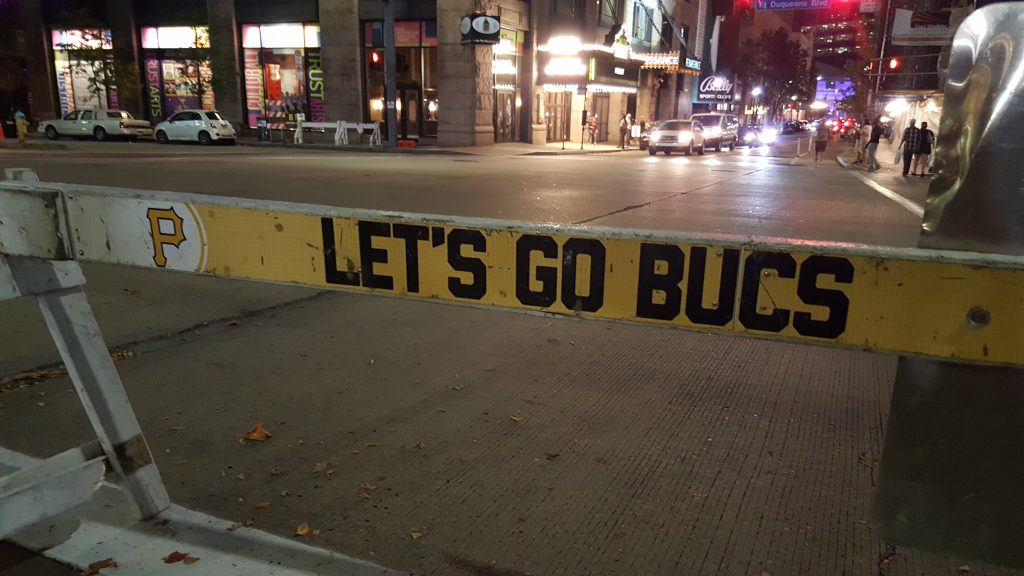 The next day, we had a 1pm date with PNC Park – and since I’m one of those people who has to get to the ballpark as soon as the gates open, we were there at 11:30.

Pre-game consisted of walking back out to the Point during the day, then back to Market Square for Primanti Bros. Sandwiches. 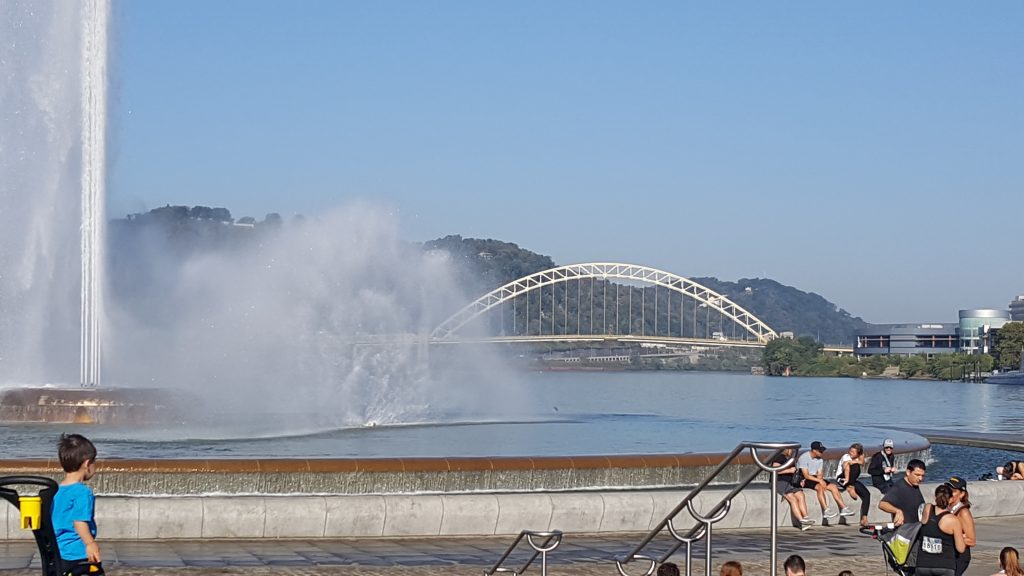 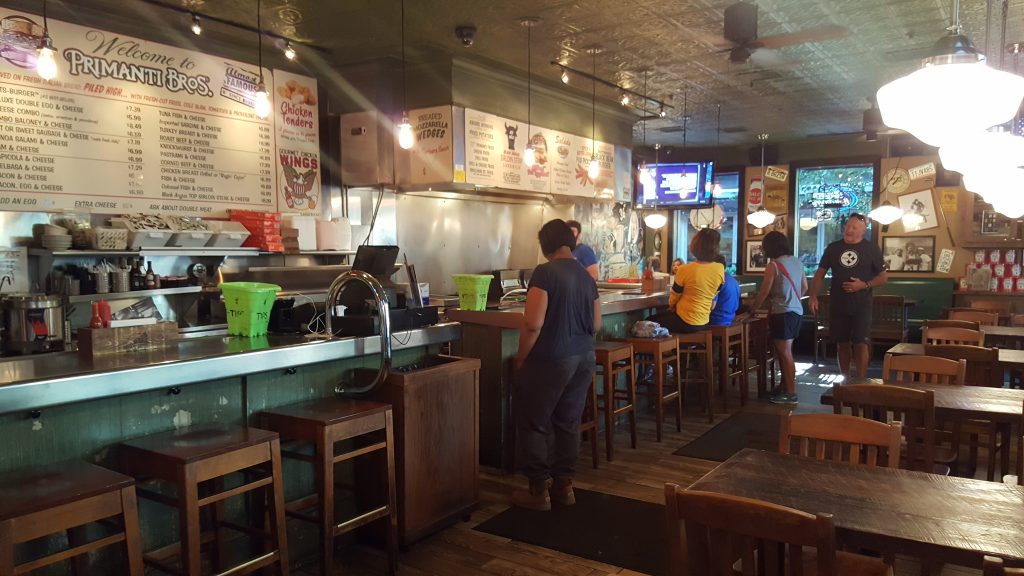 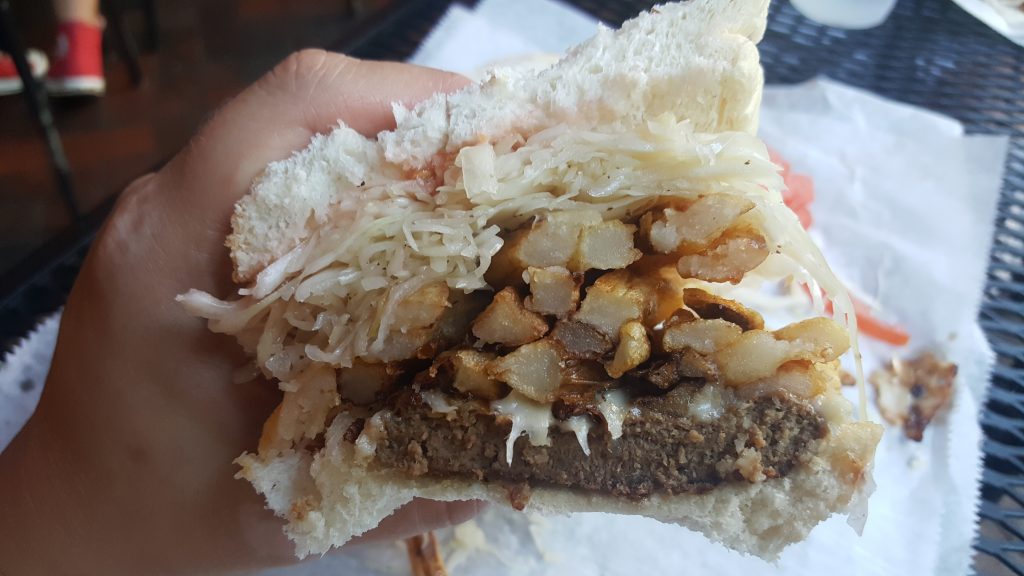 And, at last, the whole reason for the trip.

The MOST beautiful ballpark in all of Major League Baseball… 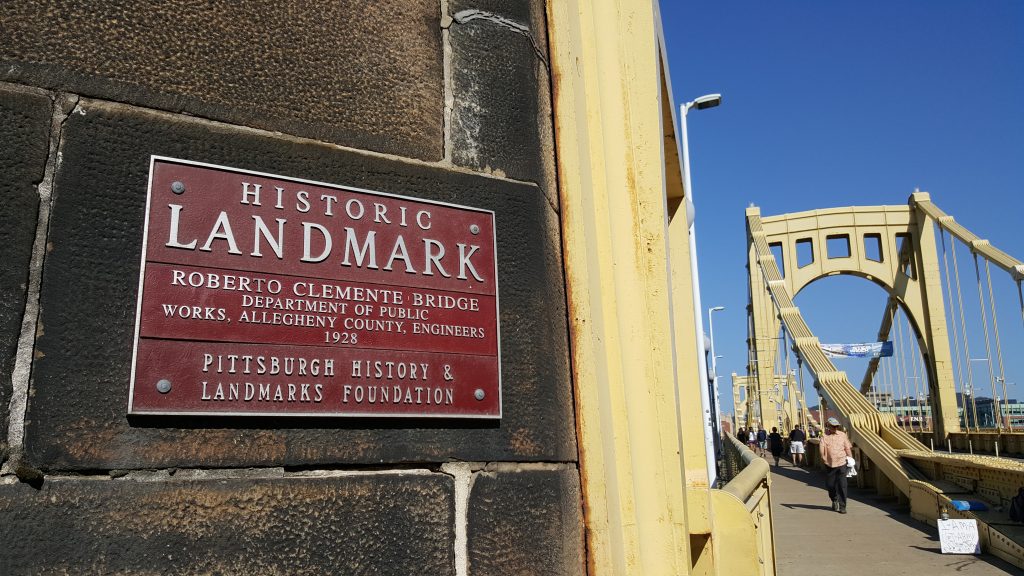 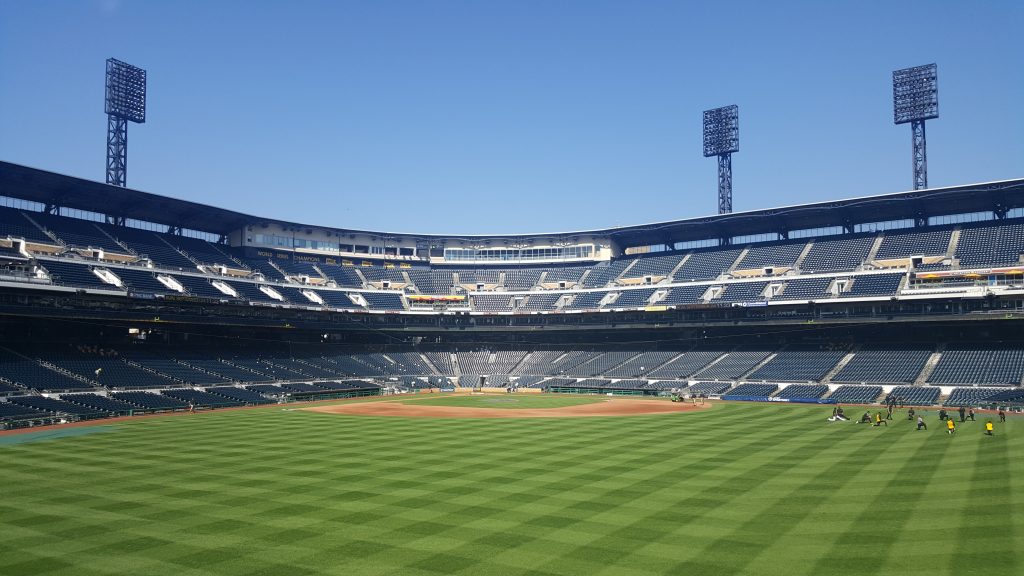 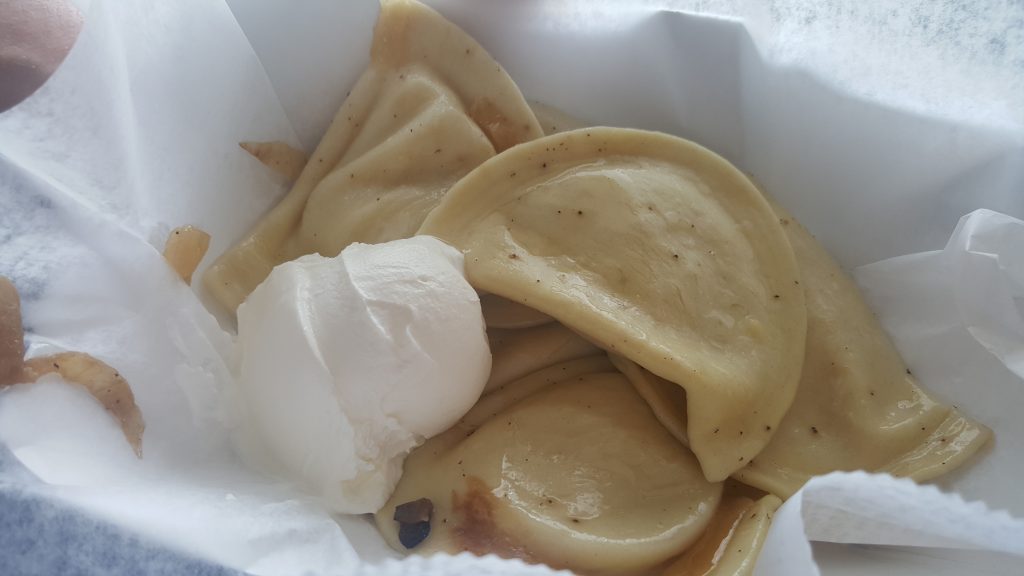 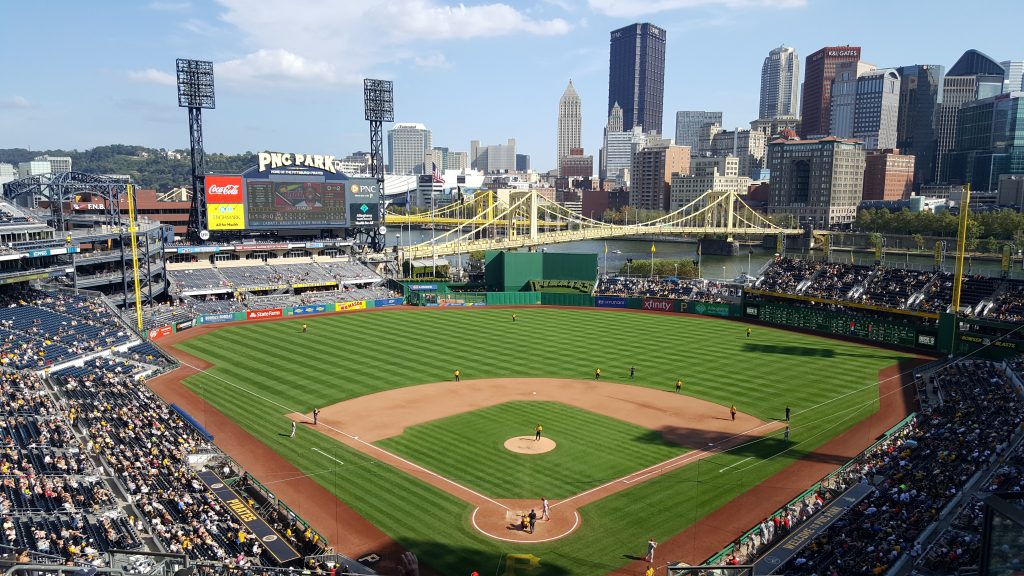 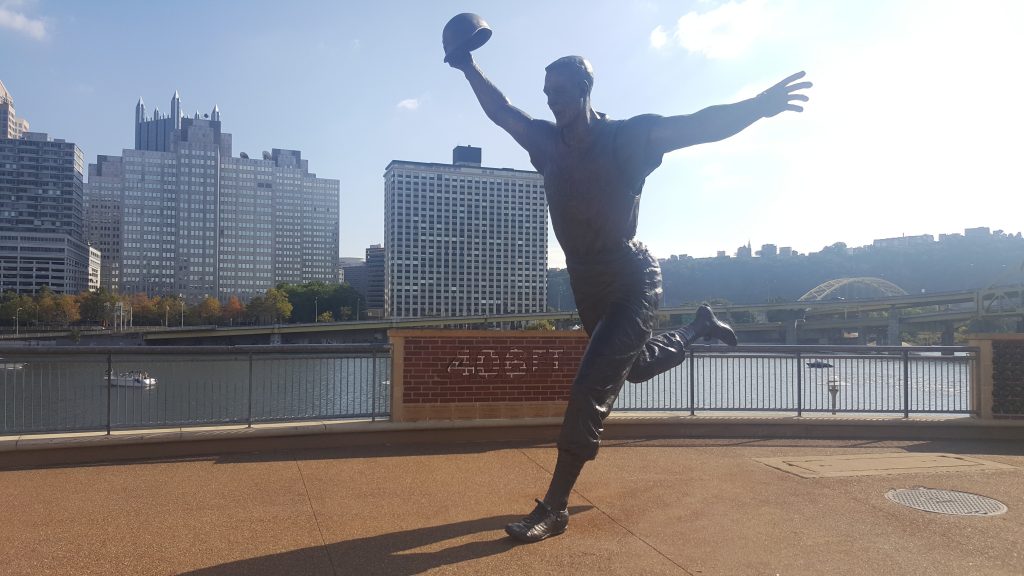 We only had 36 hours, but I think we did it justice. The whole family is enamored.