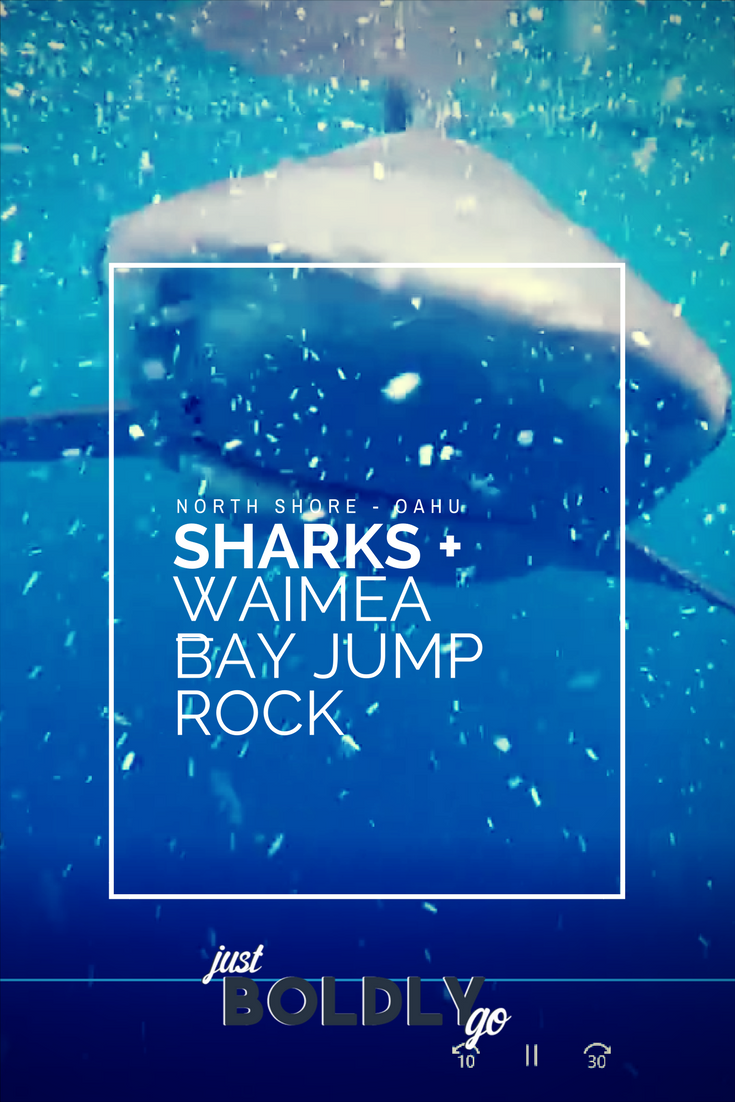 About a year ago, my husband and I went to Hawaii (Oahu + tBI) for our 19th anniversary. I mean, we could have waited for our 20th – but we thought, “Why wait?!”

There will be more posts concerning this super amazing trip – but for today, I’m feeling all reminiscent about that time I forced my 39-year-old self to (finally) learn how to snorkel + jumped off a 20ft high cliff into the crystal blue waters of Waimea Bay.

So, first let’s talk about the shark cage.

We went with Hawaii Shark Encounters – and they were AWESOME. We were the first boat of the day, so we had to wait a bit while they got the cage in the water, and we only got to see one shark – but it was a crazy cool experience.

As I said, I have been, up until a year ago, unable to snorkel. Believe me, I’ve tried. I even practiced in our pool before we left – all to no avail. But when it was time to get in the cage…in I went, and I totally snorkeled. 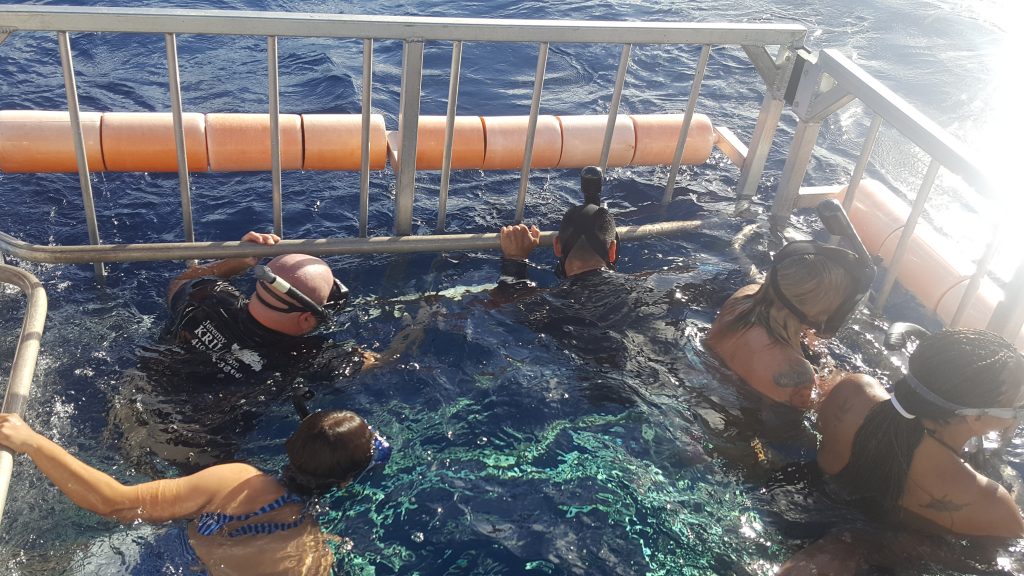 I also had to wrap my legs around the outside of the bars of the cage because I’m too short to reach the bottom bar – and really, I was more scared of that than the snorkeling.

(This successful snorkeling session leads to more snorkeling at Shark’s Cove a few days later, but that’s another post…We saw an eel!!)

Post-shark encounter, on the ride back in, our super chill captain and first mate told us about a breakfast burrito place we needed to check out, and suggested jumping from the rock in Waimea Bay.

Fresh off our adrenaline rush of being in the vicinity of a 6-7′ shark, we thought, yeah – we can do that…and Waimea Bay was on the way back to our AirBnB (we stayed RIGHT on the Banzai Pipeline!), so why not.

Except, both of us are not thrilled with heights.

And if you want to know the truth – 25 feet is way more than you think it is – especially when you can see to the bottom of the water (another 15 ft down).

We took turns…because signs all over the beach say don’t leave your stuff, or it won’t be there when you get back. I didn’t see a single person messing with stuff they shouldn’t be, but the beach was also fairly empty. 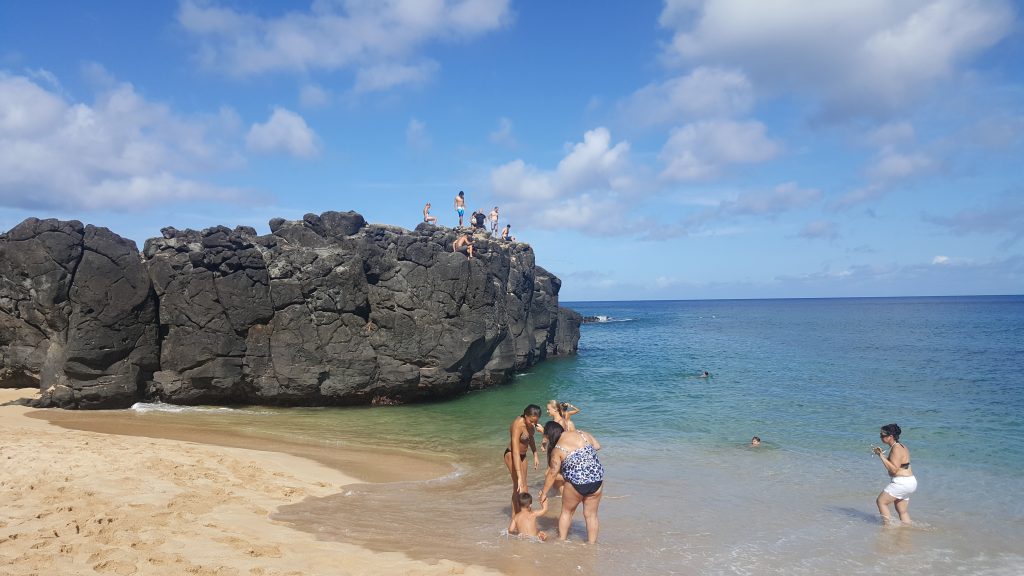 he survived, so I went.

I will confess, I stepped up and got down ONE TIME.

Next time, I jumped.

Take a word of advice here…try to focus really hard on keeping your body vertical. I folded like a giant V, and it was a good 6 months before I could sit down properly again (which is not a great situation to be in when you have 10 hrs worth of flights to get home).

Final word on this portion of the trip – worth it. The shark encounter was worth of a swear word and the jump was equally awesome.

Should you find yourself on the North Shore, do both.

Side note: Shark Encounter leaves from Haleiwa, AKA the most chill and adorable town where if you don’t stop and get shrimp at Giovanni’s Shrimp Truck, you will regret it for the rest of your life. 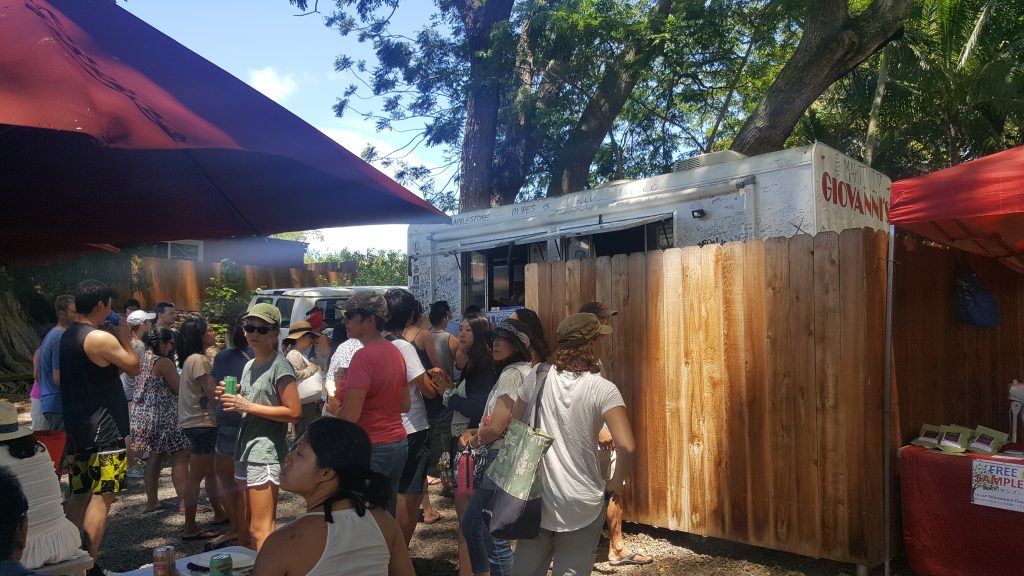 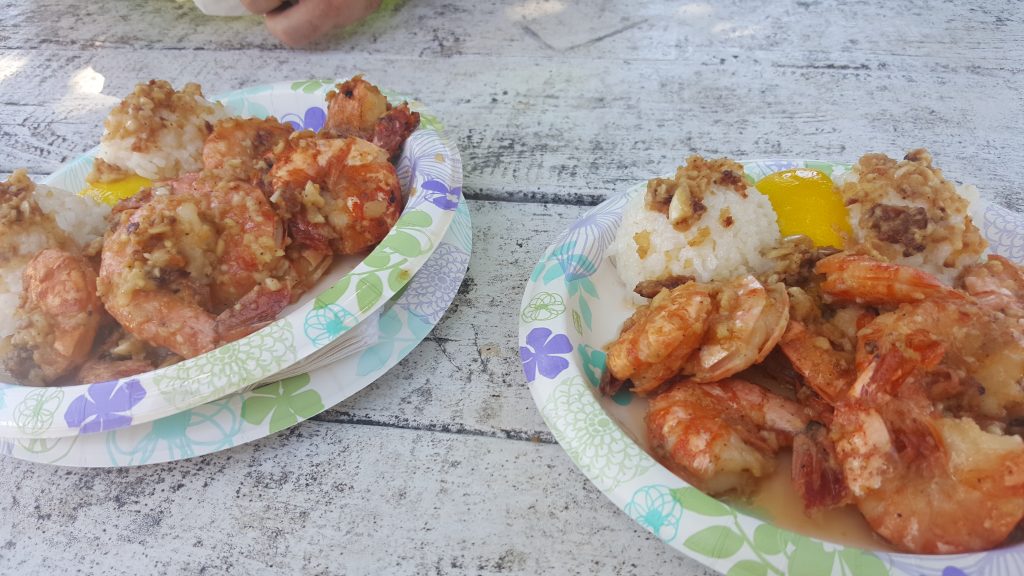