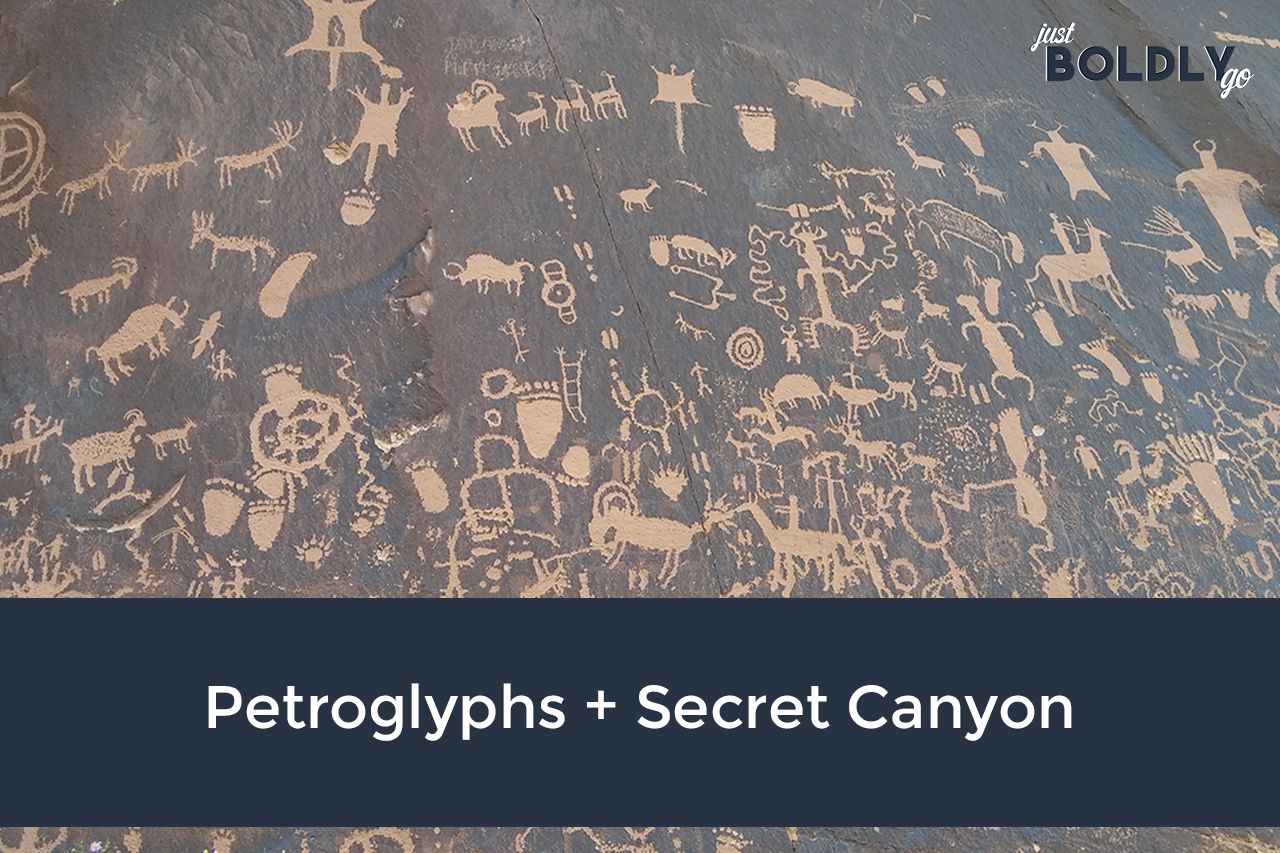 So, after we left Arches and that hellish hike, we stopped at the Moab Diner for a quick bite. I cannot recommend this place more strongly – and if you don’t try the green chili, you might as well not bother. I got the Chorizo Sweetwater Skillet, with green chili on the side. It was OMG.

Next we headed towards Canyonlands, because if the state you are in has FIVE national parks, it only stands to reason that you must hit them all. No other state has as many NP as Utah, and they are each unique and beautiful. (Bryce Canyon is probably my favorite, though).

Just outside the Needles District of Canyonlands, you can find the simply magnificent “Newspaper Rock”. No one knows how/why the natives started it – and there is a mixture of ancient and more recent petroglyphs + a bunch of graffiti from crappy more recent humans. It’s amazing.

Canyonlands itself is quite lovely. Full of slot canyons, and little surprises all over the place. This is the place where the movie 127 Hours (and obv the true story it’s based on) took place. We were not in that part of the park, though. It’s very much like a mini Grand Canyon. 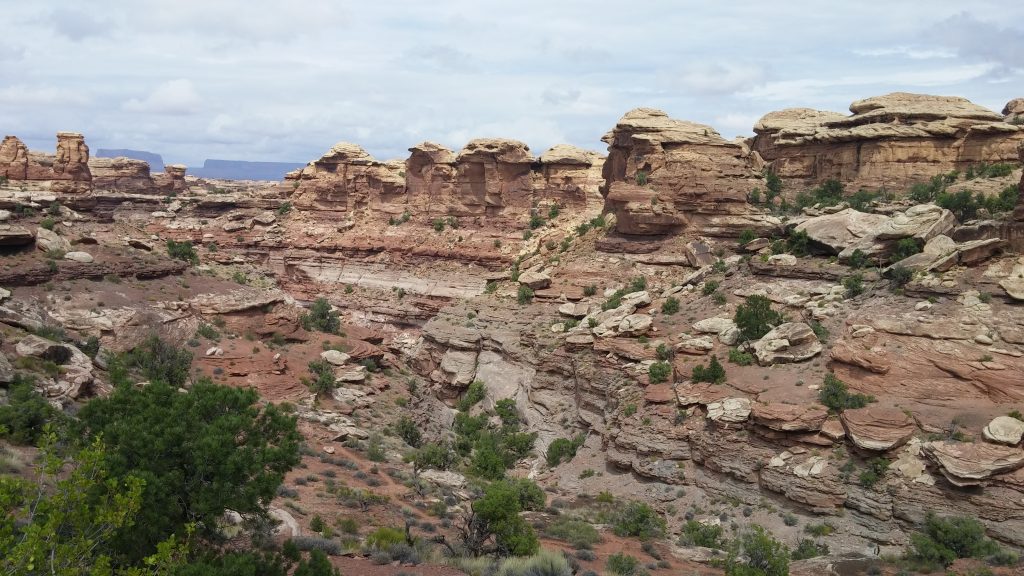 The stop was rather brief. We weren’t in a hurry – but we still had a long way to go. And the way took us through Monument Valley. You might remember it from Back to the Future 3…A Million Ways to Die in the West…National Lampoon’s Vacation…and about a million other movies.

It didn’t look quite like that for us, as we hit it right as a storm decided to descend on the area. As we drove through, red mud streamed down normally dry beds, rushing crazily past us and picking up anything in it’s path. 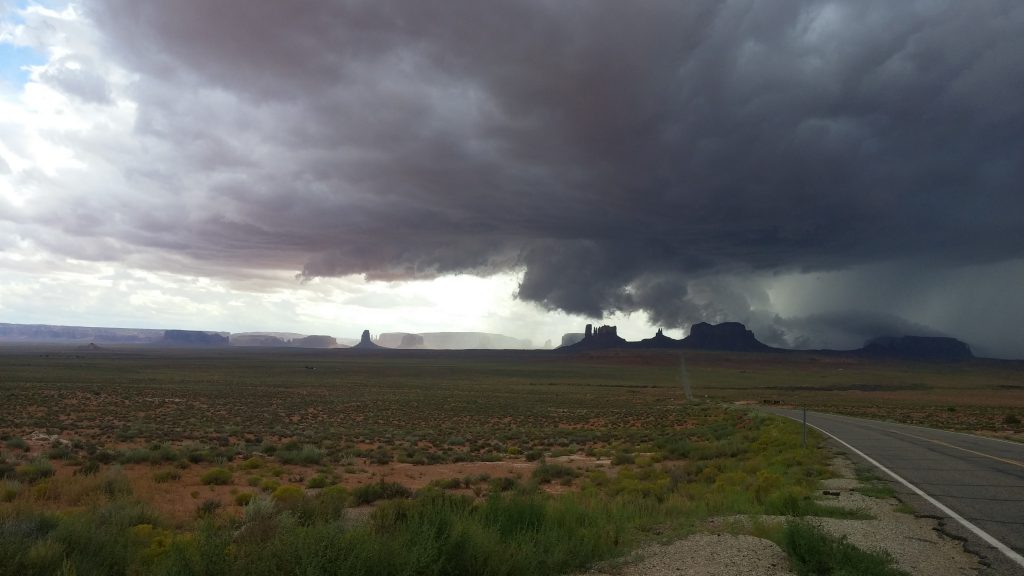 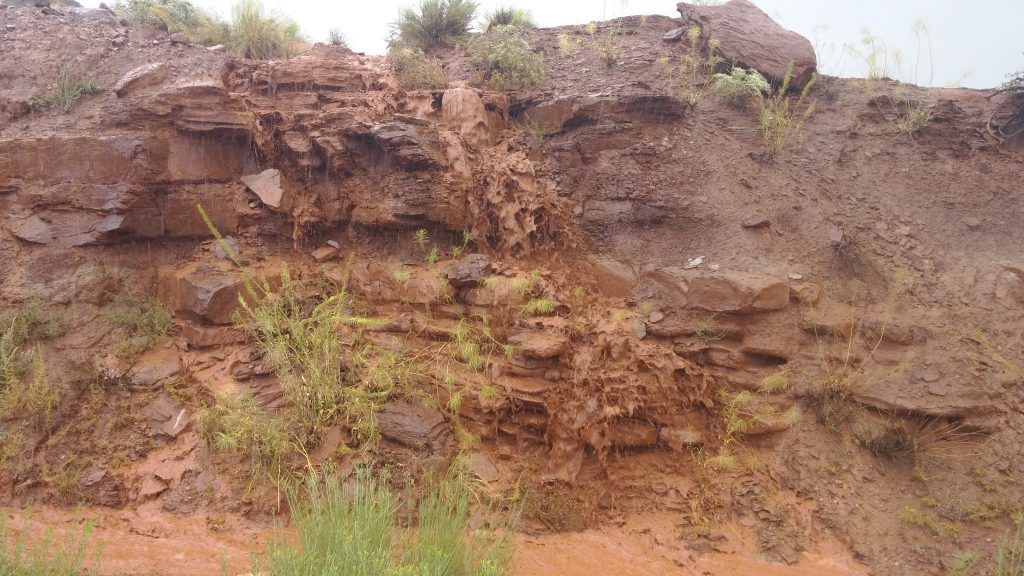 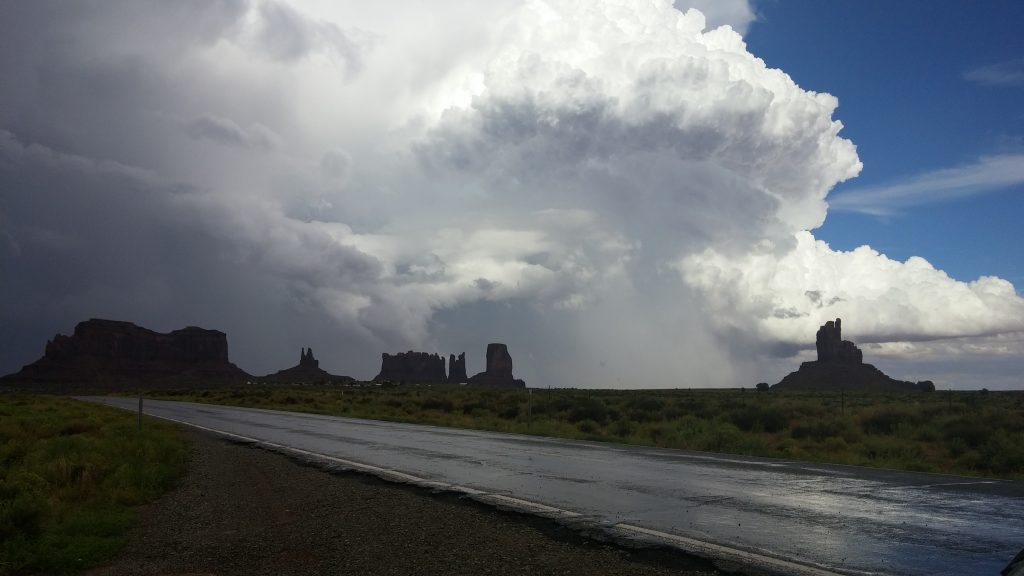 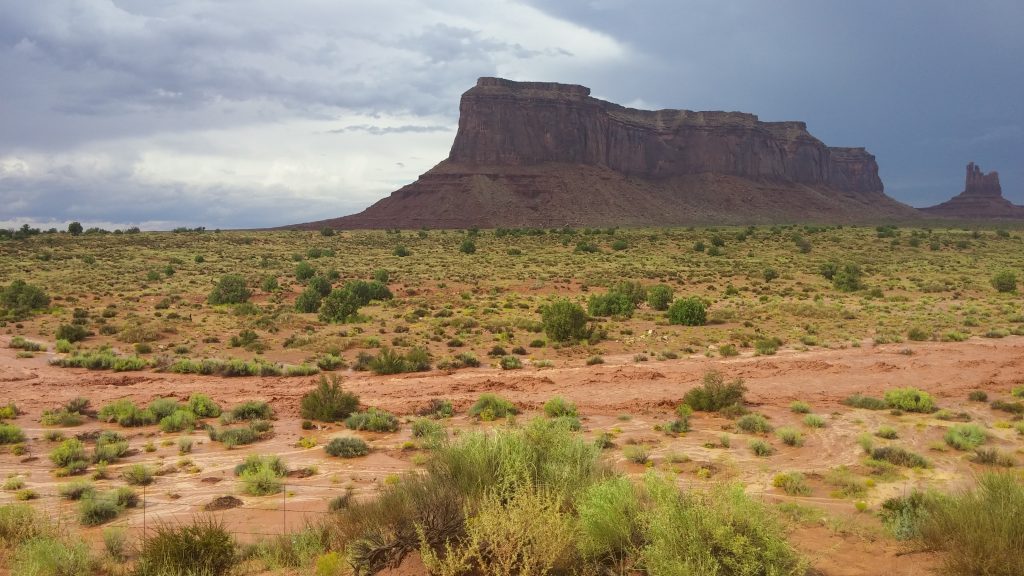 It was straight up crazy. I have a video of a previously dry stream bed too. You would not believe how hard it’s rushing.

It took us almost five hours to get from Moab to our next stop, Page Arizona. We didn’t have anywhere to be until Thursday morning, so we found a campground where we could park and sleep.

Thursday morning, we got up, with nothing to do until 11:45 – which was our scheduled time for a semi-private tour of Secret Canyon. You probably haven’t heard of it – not because it’s a secret, but because everyone goes to Antelope Canyon. Thankfully, an old friend let me in on a little secret – Secret Canyon is just as good as Antelope, and will have much less of a crowd. He was right. There were exactly seven of us, including our guide.

Now, I’m not one to do tours. In fact, I usually will do anything to avoid them – but this Canyon was on Navajo land, and the only way to get to it it was with a guide. So, we paid Secret Canyon Hummer Adventures to take us there.  It was WELL worth the money. The hummer ride was sick (he drove up the side of the dunes, and rock crawled some amazing stuff that I wouldn’t have even climbed on). The guide was excellent. And when we got to the canyon, my husband said I was grinnin’ like a fool. 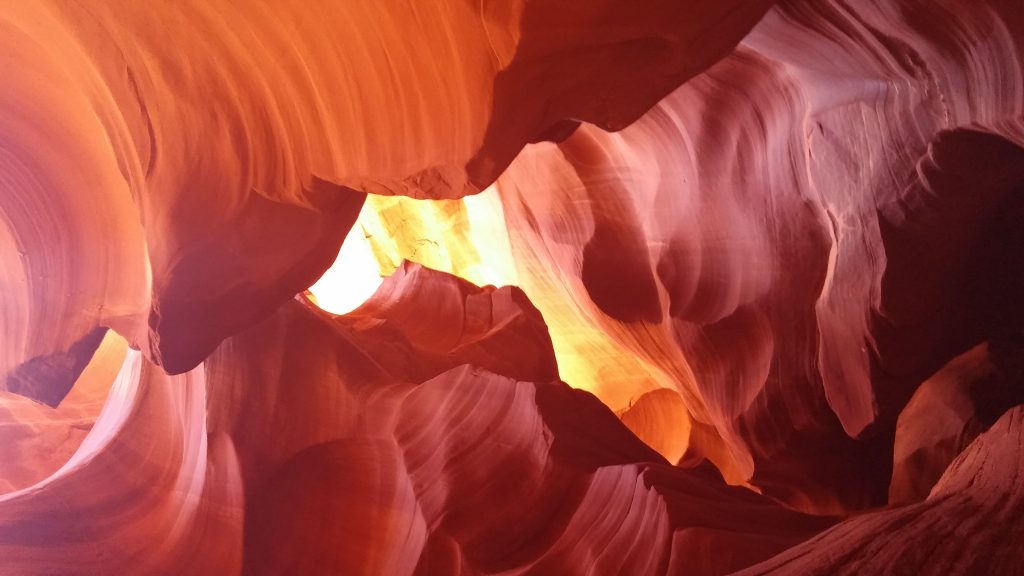 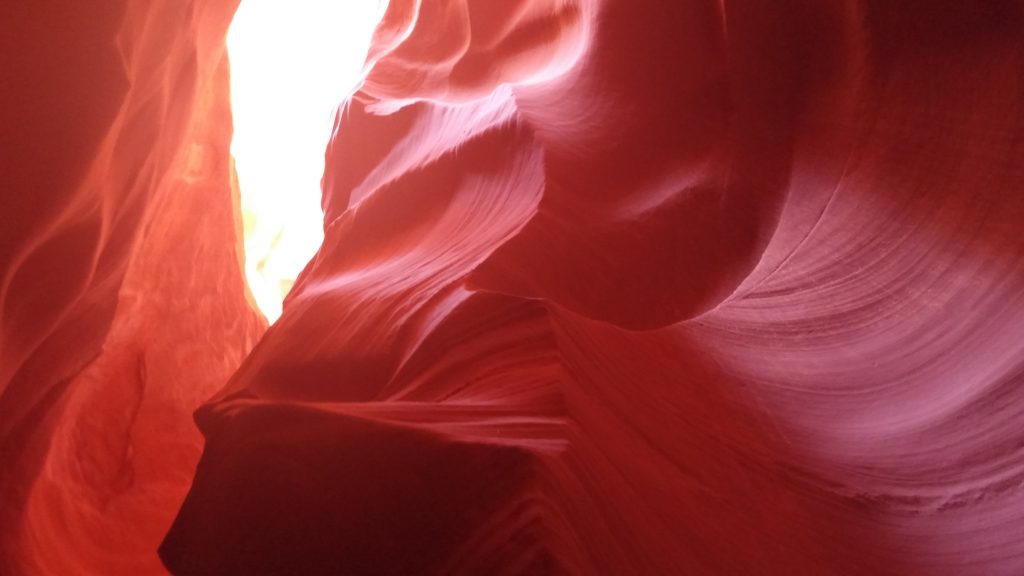