Our first helicopter ride HAD to be over a volcano 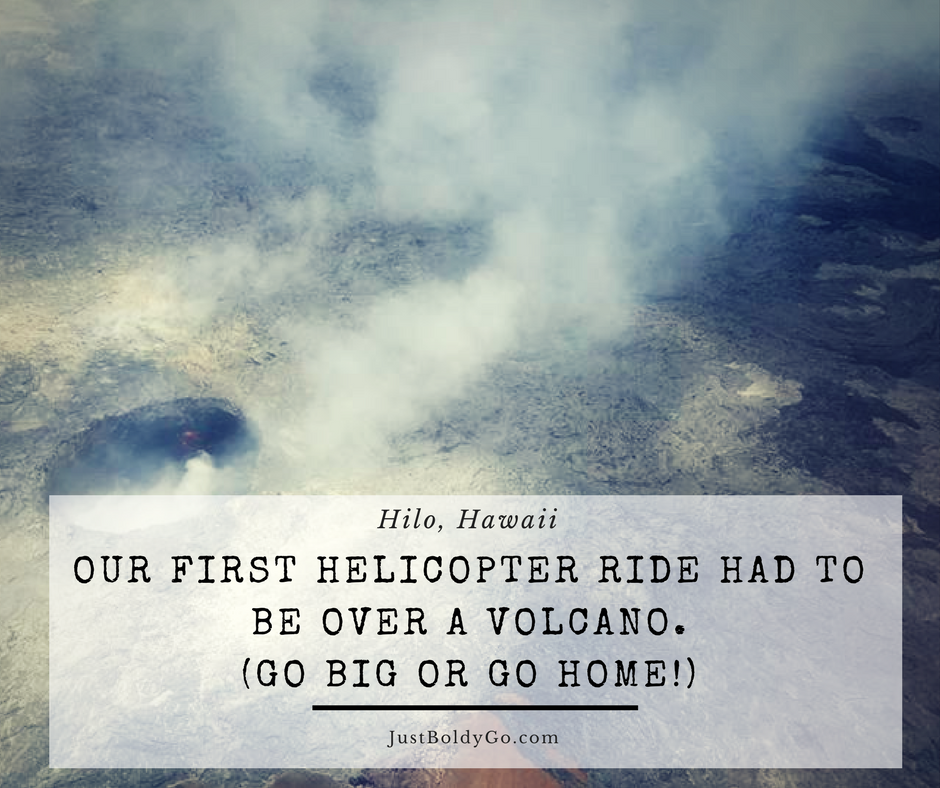 We arrived in Kona on the first flight of the morning. We had no plans except an AirBnB we’d booked on the other side of the island, that we didn’t end up even using. You can read about that over here.

I wanted to drive the Red Road in Puna. I wanted to see the Punalu’u Black Sand Beach.

I really wanted to hike out to the lava…

We left the airport, stopped to get a quick bite to eat, and took off towards Hilo. Not far down the road, we saw a Blue Hawaiian Helicopter tour. Neither my husband, nor I, had ever been on a helicopter tour, and we thought that if we were ever going to do one, now might be a good time.

But from that location, they don’t do the volcano tour, and, honestly, that’s what we wanted to see. The girl inside was super nice, and went ahead and booked us on a tour for later in the day out of Hilo. We thanked her, and took off, heading for the airport.

We arrived just in time. Checked in, watched the training video and waited while they called out our names.

To be honest, I was a little scared. I get motion sickness fairly easily, and I’d not taken a Dramamine before we got there because I didn’t want to sleep through it. I was worried for nothing.

Our pilot was great. As we lifted off, the Magnum P.I. theme song came through our headsets – setting the perfect scene for seeing the gorgeous island.

As we flew, he pointed out landmarks – where lava flows had wiped out neighborhoods. He gave us a background on the current eruptions, and made several passes so everyone in the copter could see.

Flying over the crater was amazing.

We went out over the area that I wanted to hike to – where the lava is spilling into the Pacific. You could see the lava streaming down, the steam rising up in plumes.

Finally we flew over several waterfalls – capping the trip off as one of the most amazing things we’ve ever done.

As I said, neither of us had ever been on a helicopter prior to this trip. The take off and landing were gentle. The pilot flew us steadily and smoothly, and was hilarious. 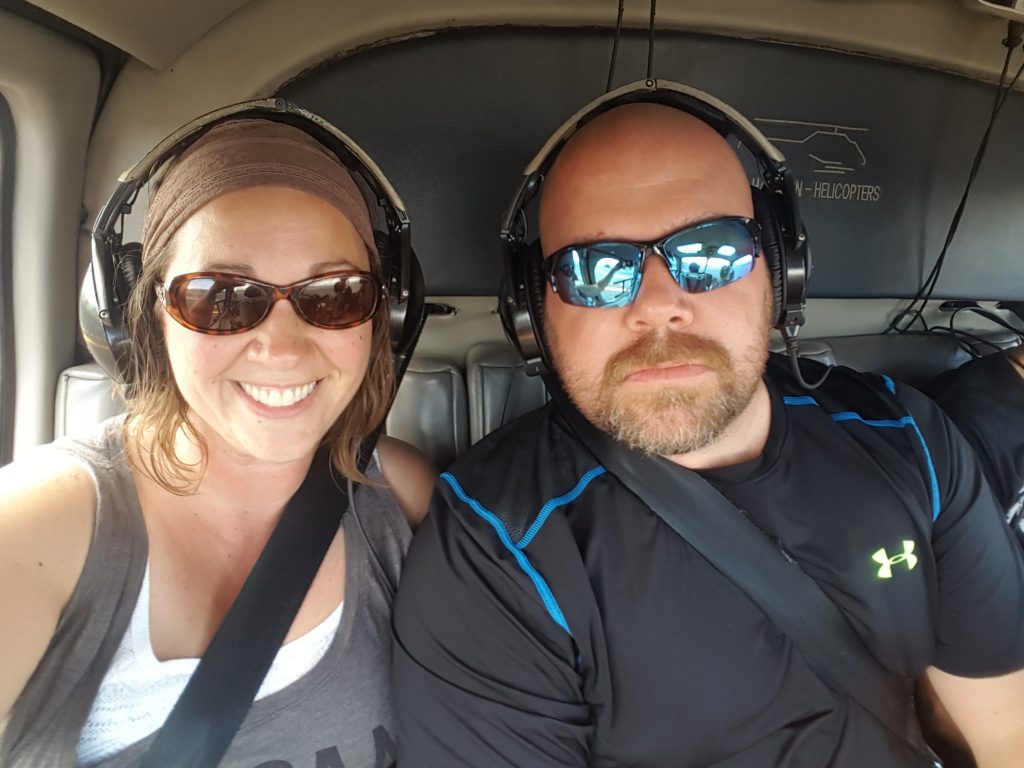 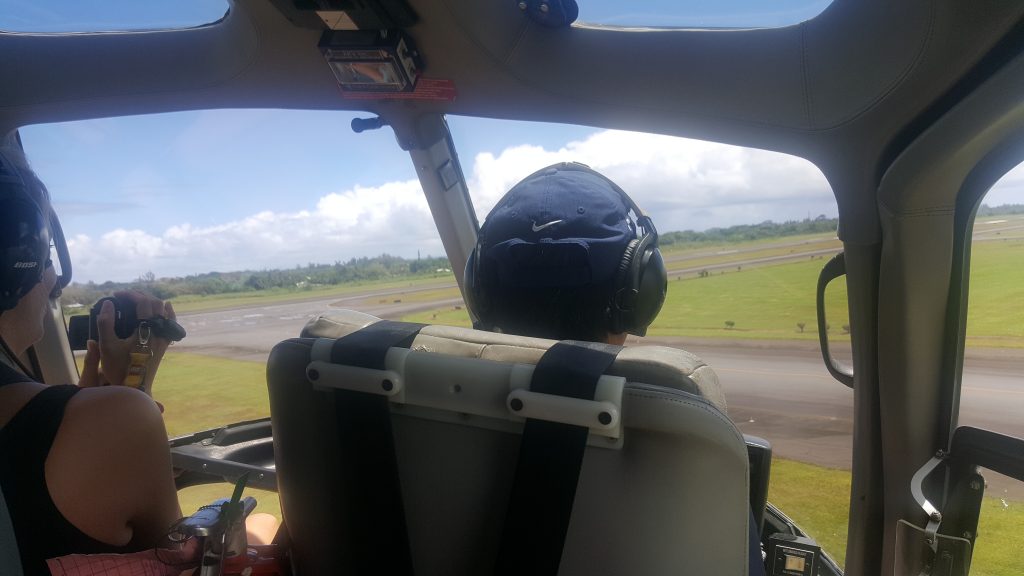 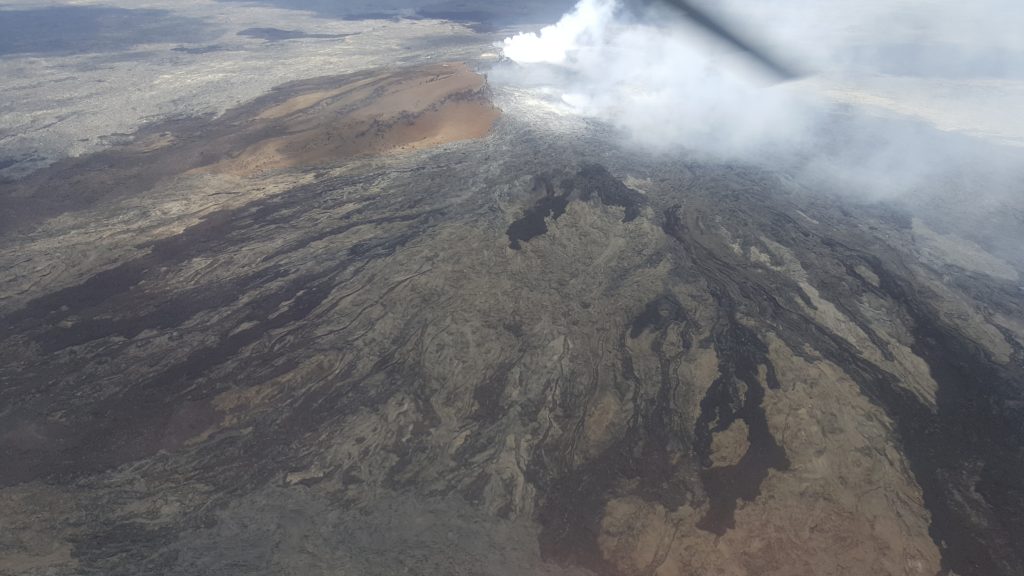 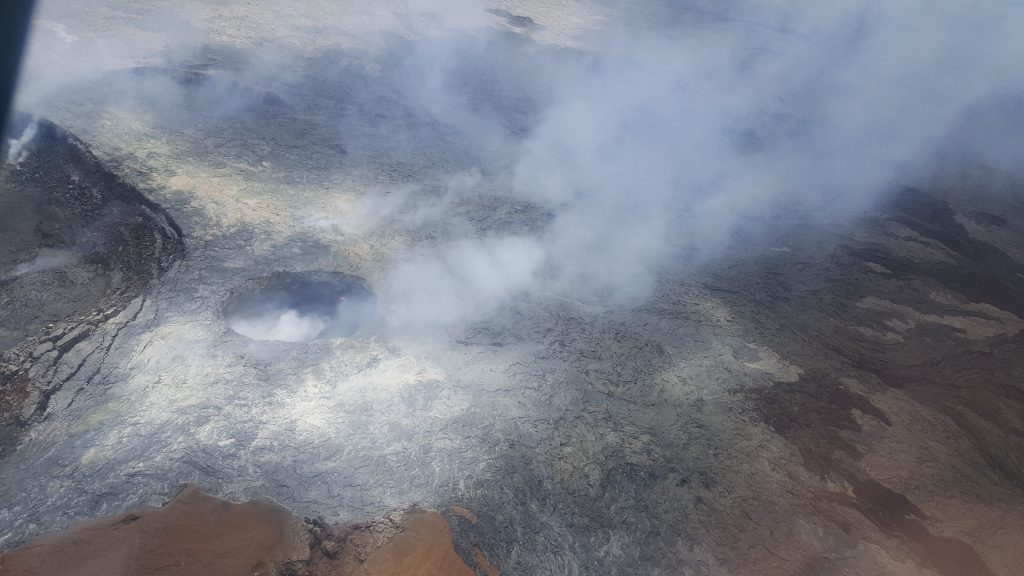 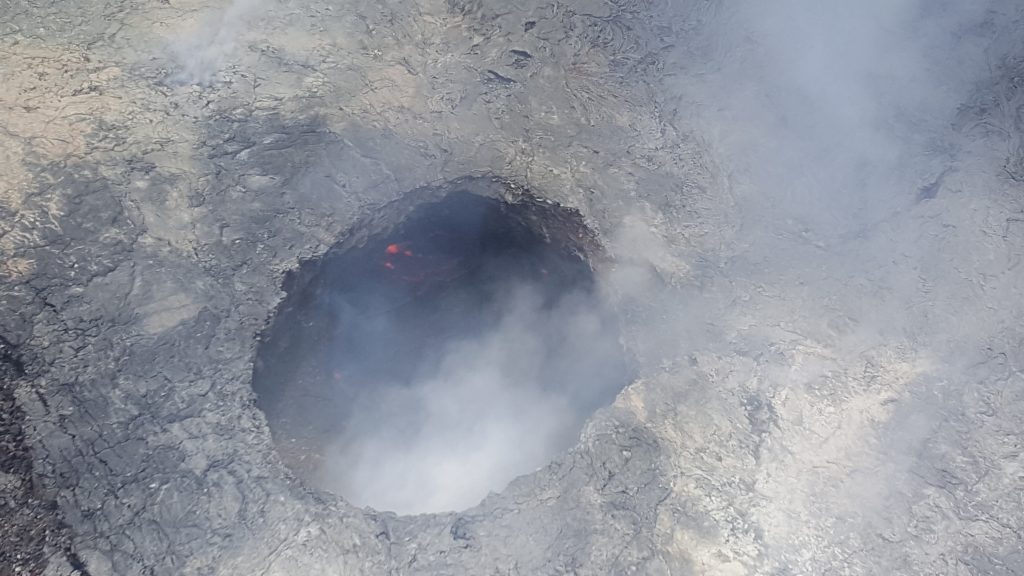 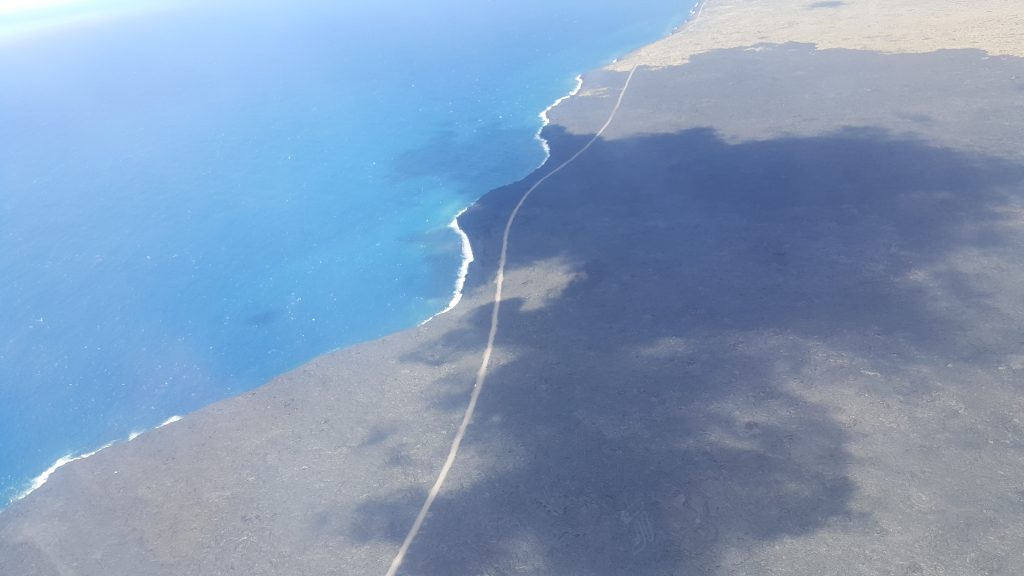 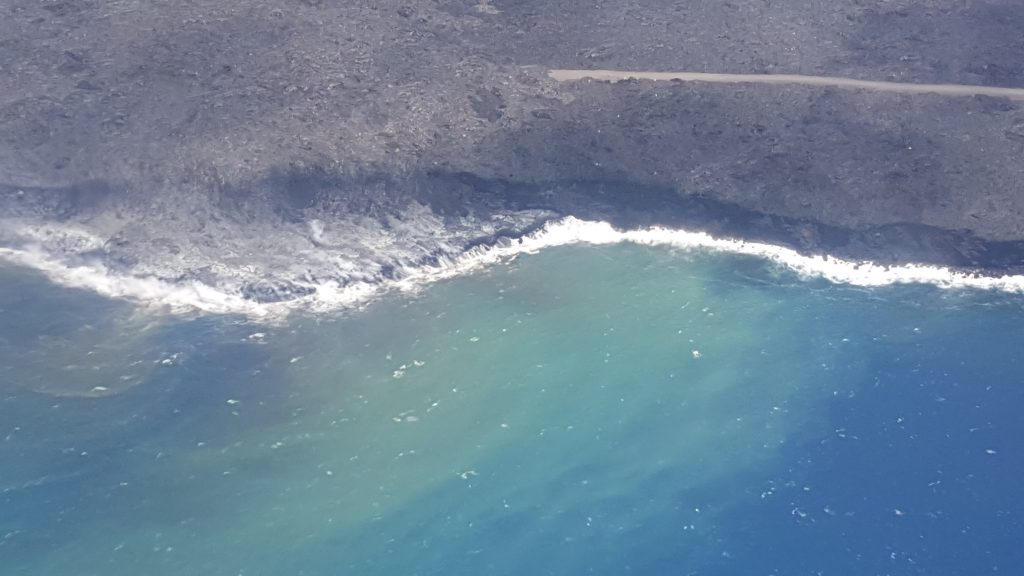 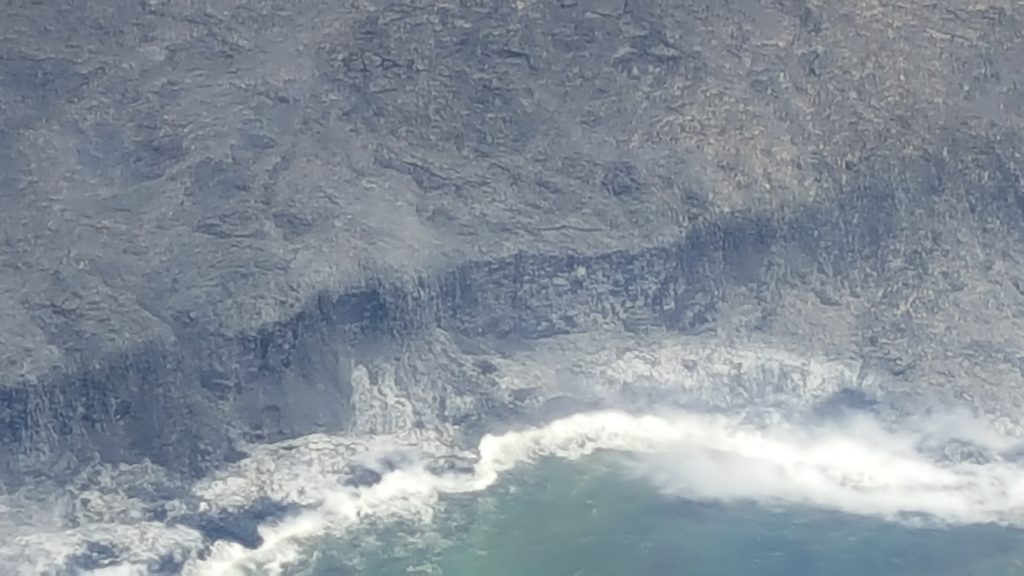 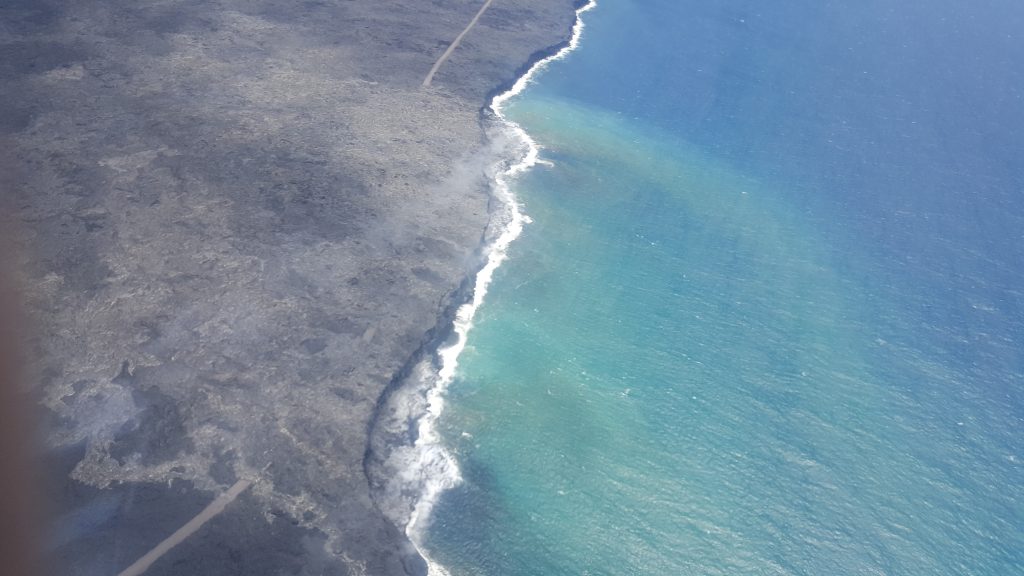 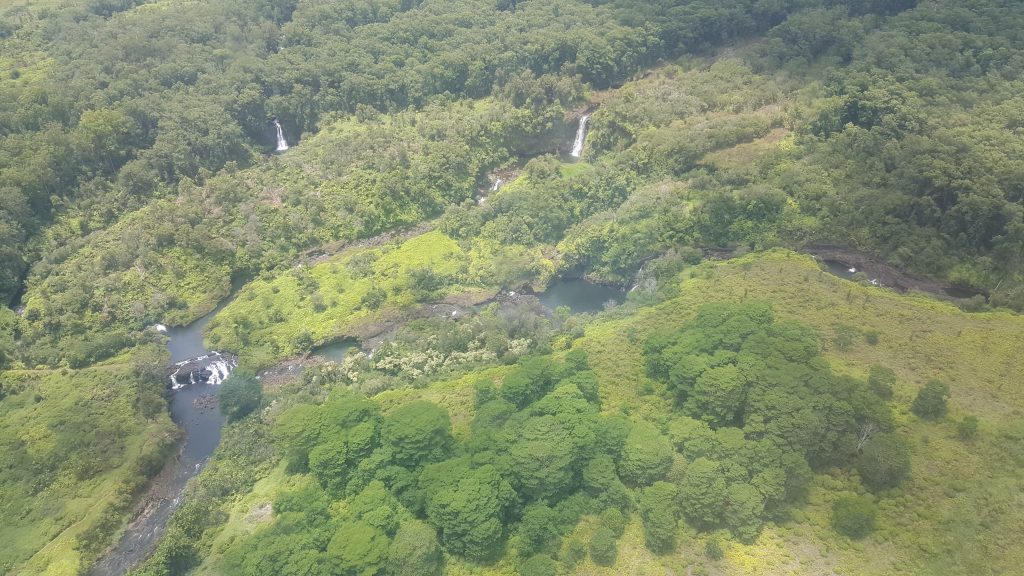 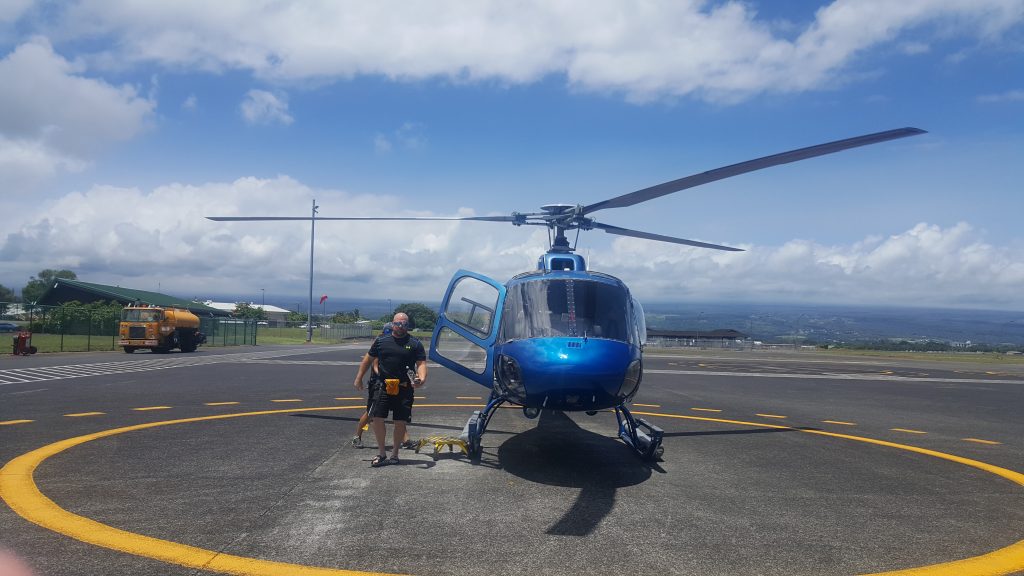 We would go again, in a heartbeat, and we’ve recommended Blue Hawaiian to more than one person. They are very professional, very clean and just amazing.

(And if it matters to you, when movie studios need a helicopter to film, guess who they use…Blue Hawaiian. They are the best of the best.) 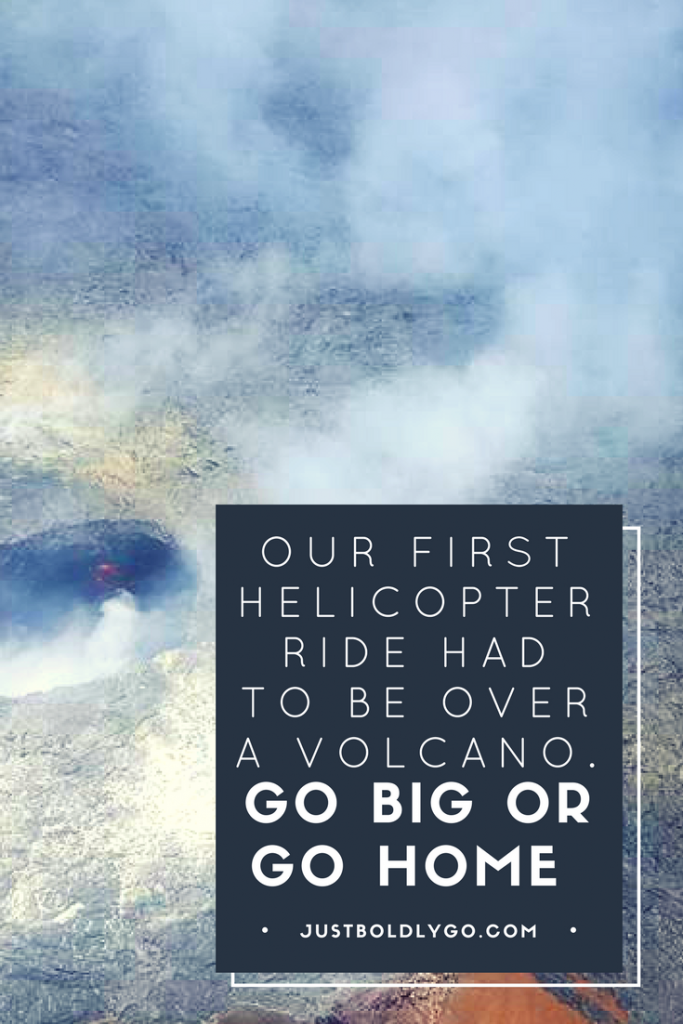