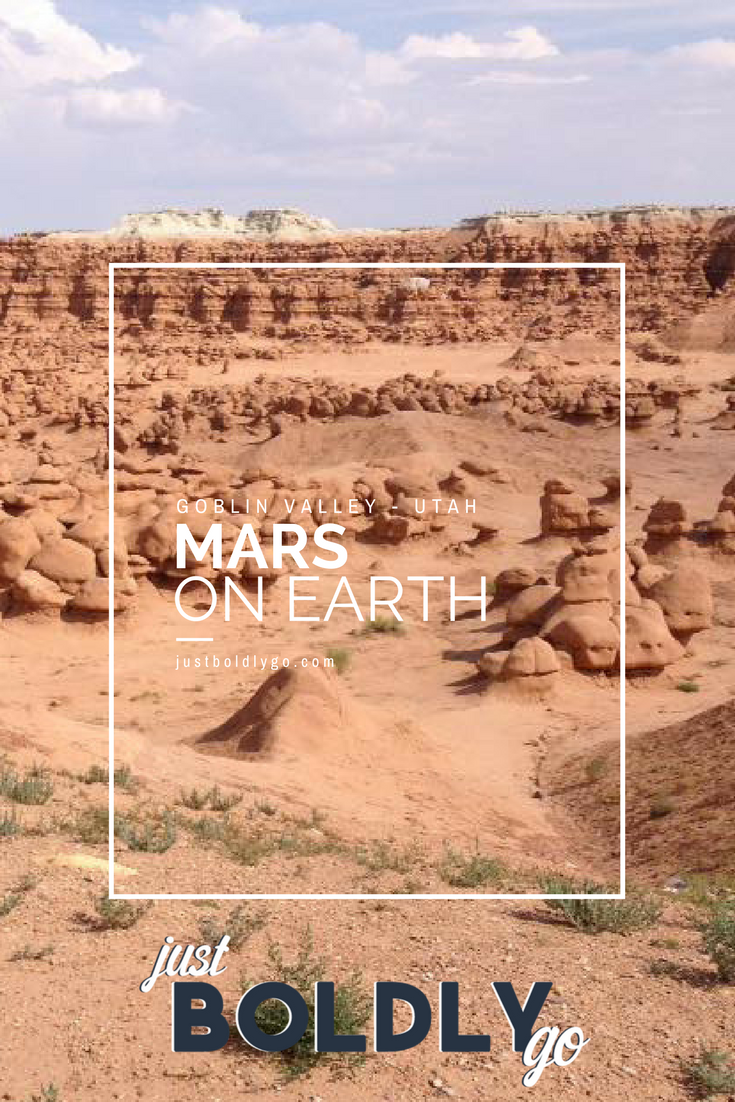 There is this little spot out in the actual middle of nowhere in Utah. It’s exactly what I imagine it’s like to be on Mars, except you know, with oxygen.

It’s approximately 12 miles off of Utah-24 between Hanksville and Interstate-70 and it is SO worth the stop.

From the parking area, this is the view. A surreal hodge podge of boulders stacked atop one another covering the ENTIRE valley.

But what is not readily visible…is that they are HUGE. 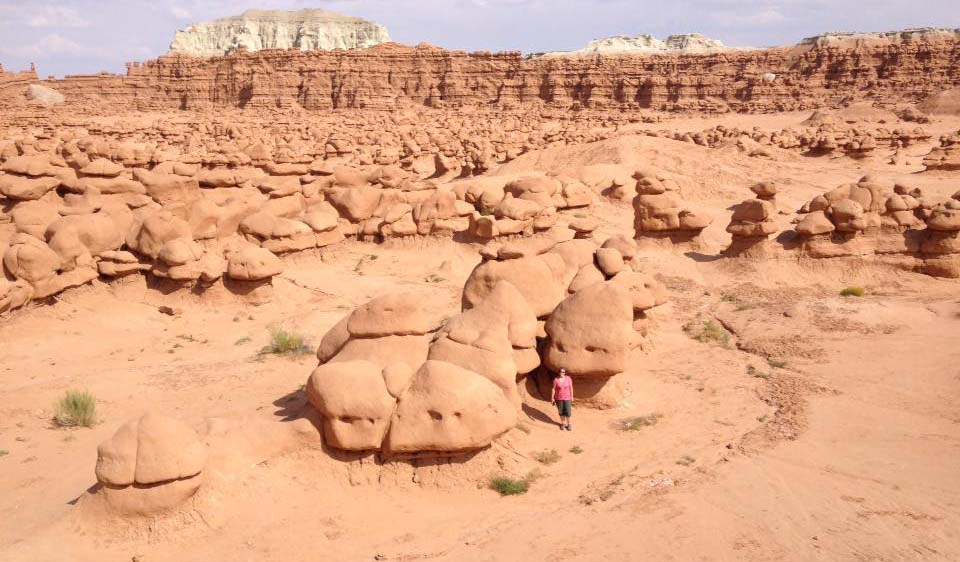 These super cool formations are really just hoodoos – much like what you will find at Bryce Canyon National Park. According to google:

“The unusual stone shapes in Goblin Valley result from the weathering of Entrada sandstone. … As a result, the edges weathered more quickly, producing the spherical-shaped ‘goblins’. The Entrada sandstone from which the hoodoos developed was deposited in the Jurassic period around 170 million years ago.”

We spent a good hour wandering around, climbing on and just generally exploring without wandering too far from the car. It IS Utah, and aside from the heat and lack of water, should it decide to start raining, such a spot is exactly where you might get stuck from a flash flood. 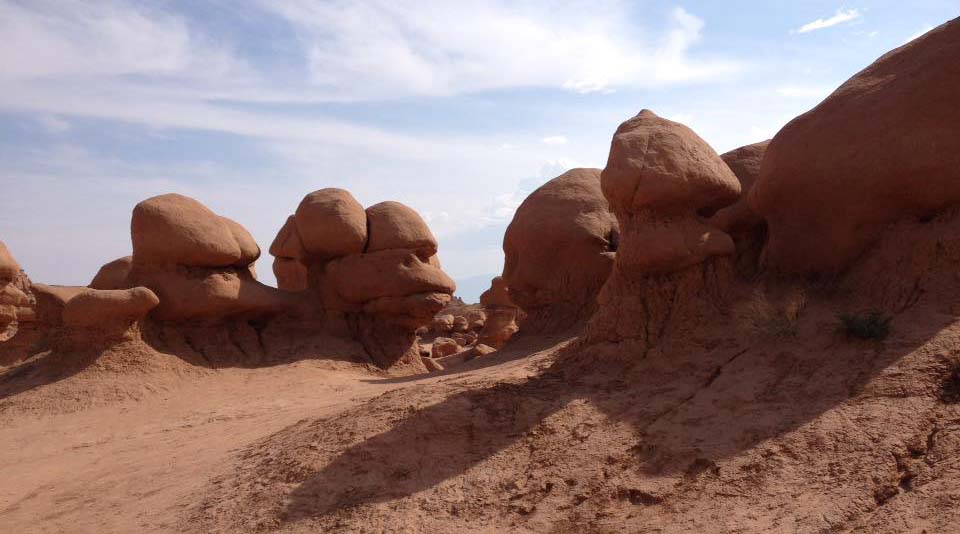 As I said, it’s so far out in the middle of nowhere (we were on our way from Capitol Reef National Park to Arches), it’s so dry, it’s so red – it really does feel like another planet.

Goblin Valley fits right in with some of my favorite spots. It’s not widely known. It’s crazy unique. And it’s fairly easy to get to…if you are okay with the literal middle of nowhere (which I am).

What about you? What’s your favorite no-one-has-ever-heard-of-this-place spot?