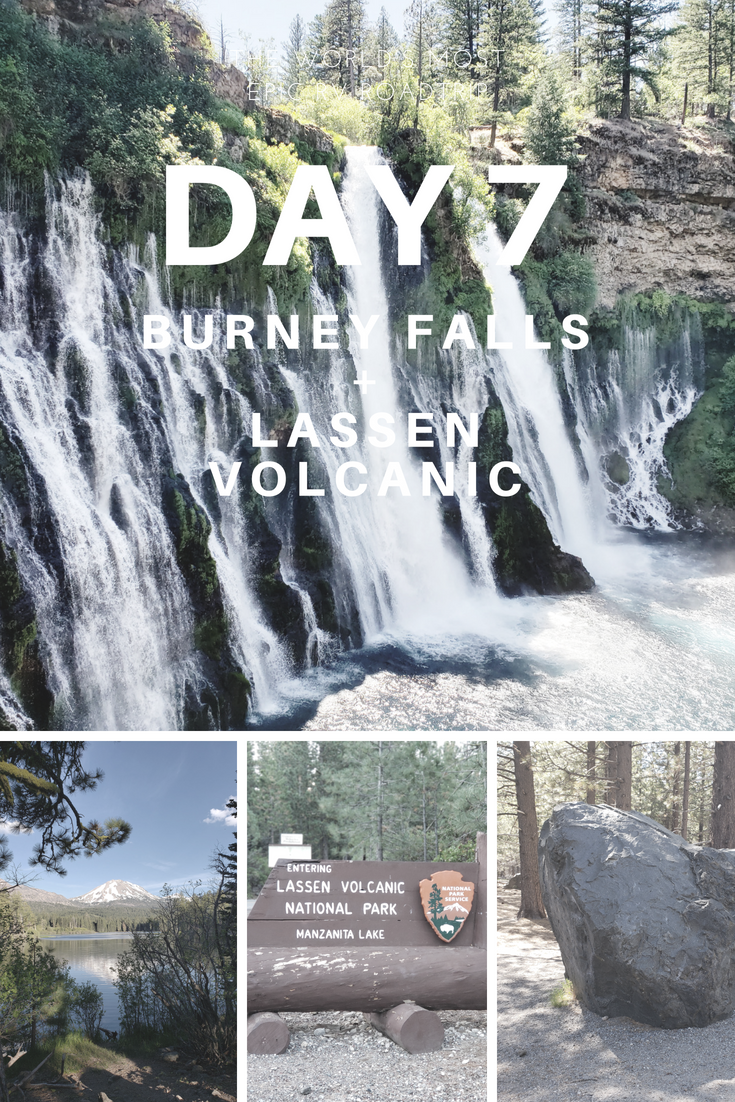 It’s said that when Teddy Roosevelt saw Burney Falls, he said it had to be the 8th Wonder of the World.

(Full disclosure: I have a massive dead-guy crush on Teddy Roosevelt, so I would probably just believe everything he ever said, but, this is legit)

Burney Falls and Lassen Volcanic Park are literally in the middle of nowhere. There is nothing near them. There is spotty service at best.

But Burney Falls is probably the prettiest waterfall I’ve ever seen. 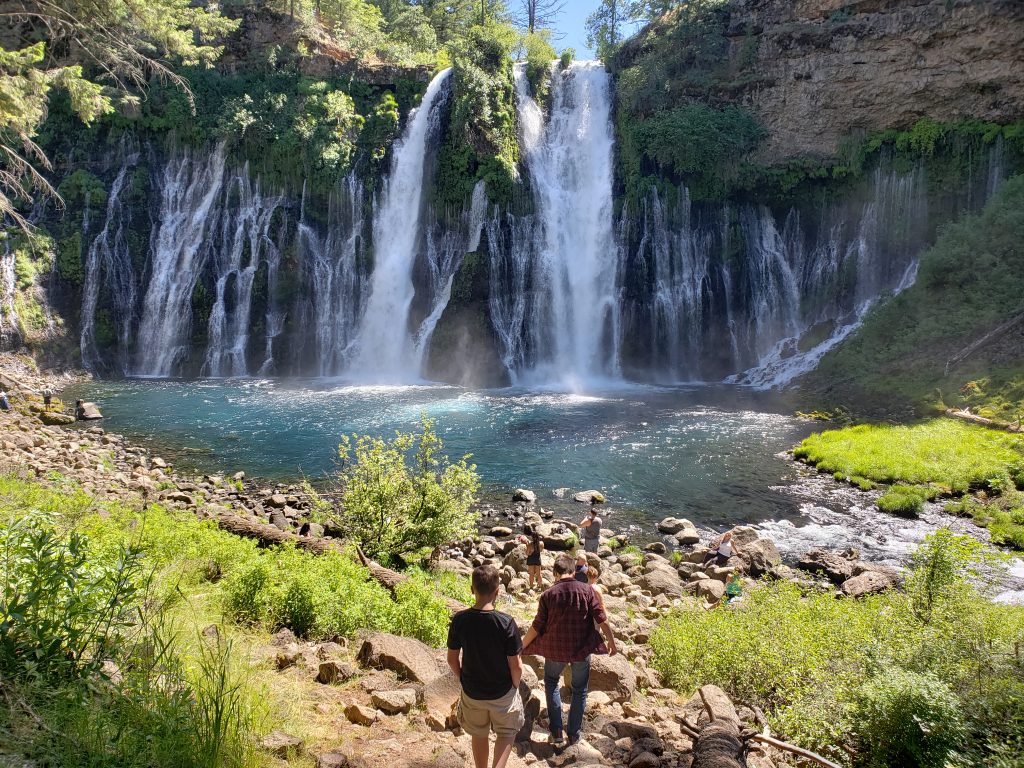 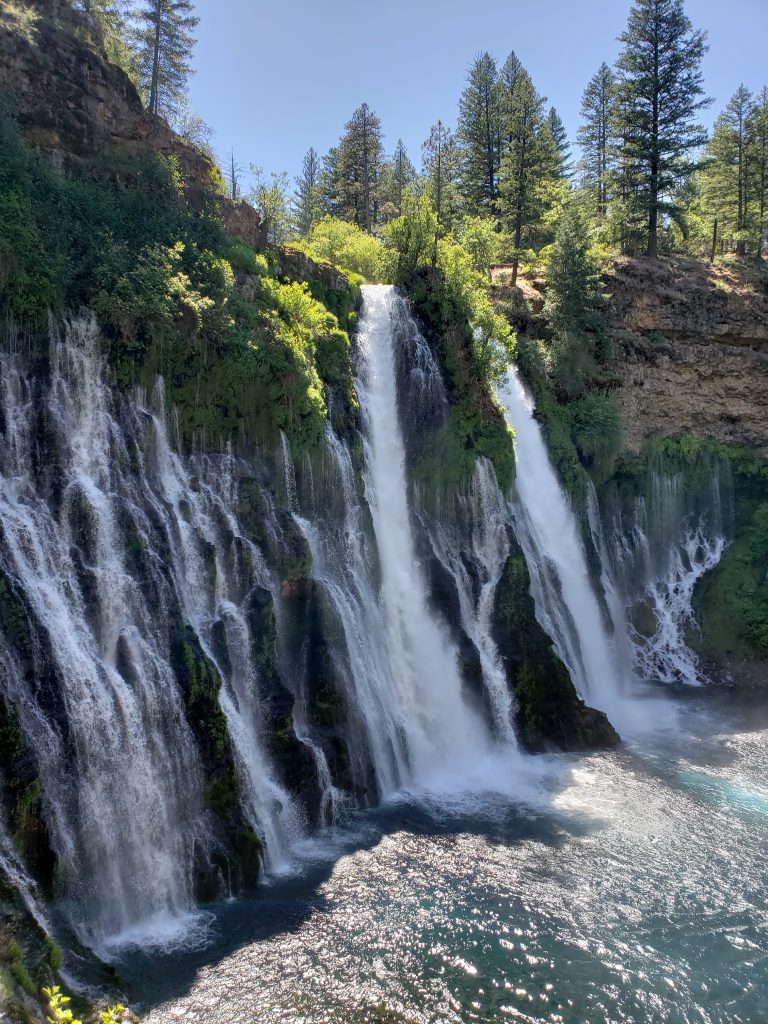 Lassen is kind of like mini-Yellowstone, but we didn’t get to experience much of it. It’s lovely. Manzanita Campground was clean and well-maintained, but most of the park was closed til the end of June. Bumpass Hell (one of the park’s hydrothermal areas and the part I really wanted to see) was closed completely.

I had massive plans to hike Cinder Cone, but alas, it was in a part of the park that we were not going to be anywhere near, and since we had to keep rolling, I had to let it go.

We did the hike around Manzanita Lake, saw Hot Rock and were generally blown away by the volcanic landscape. 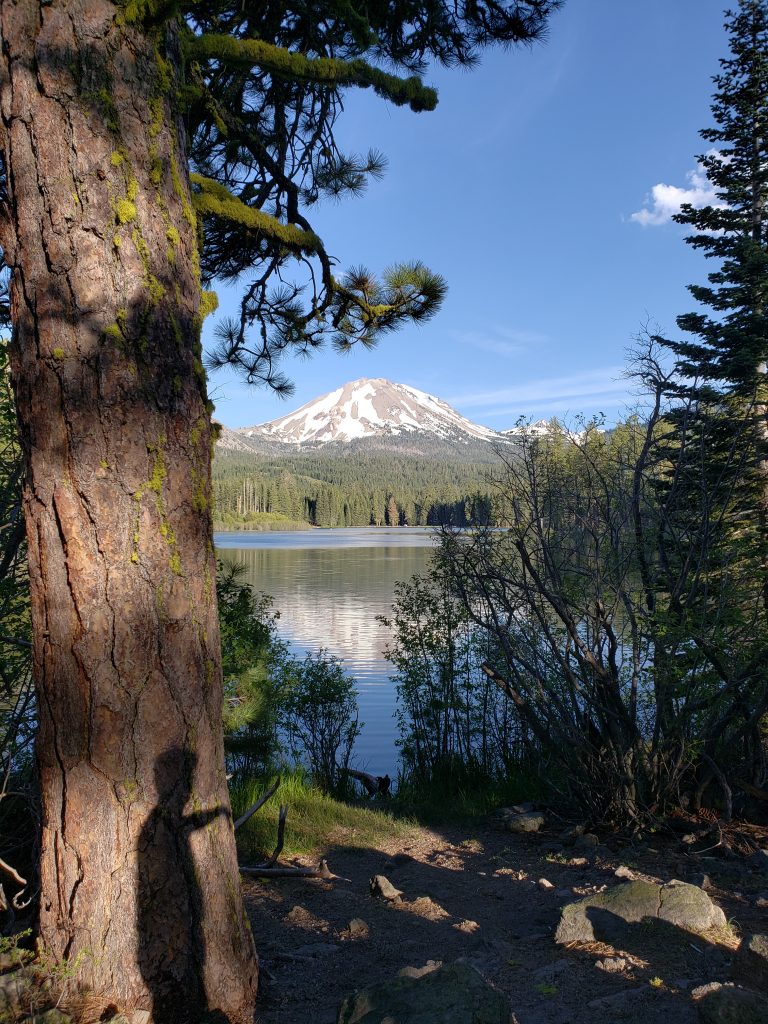 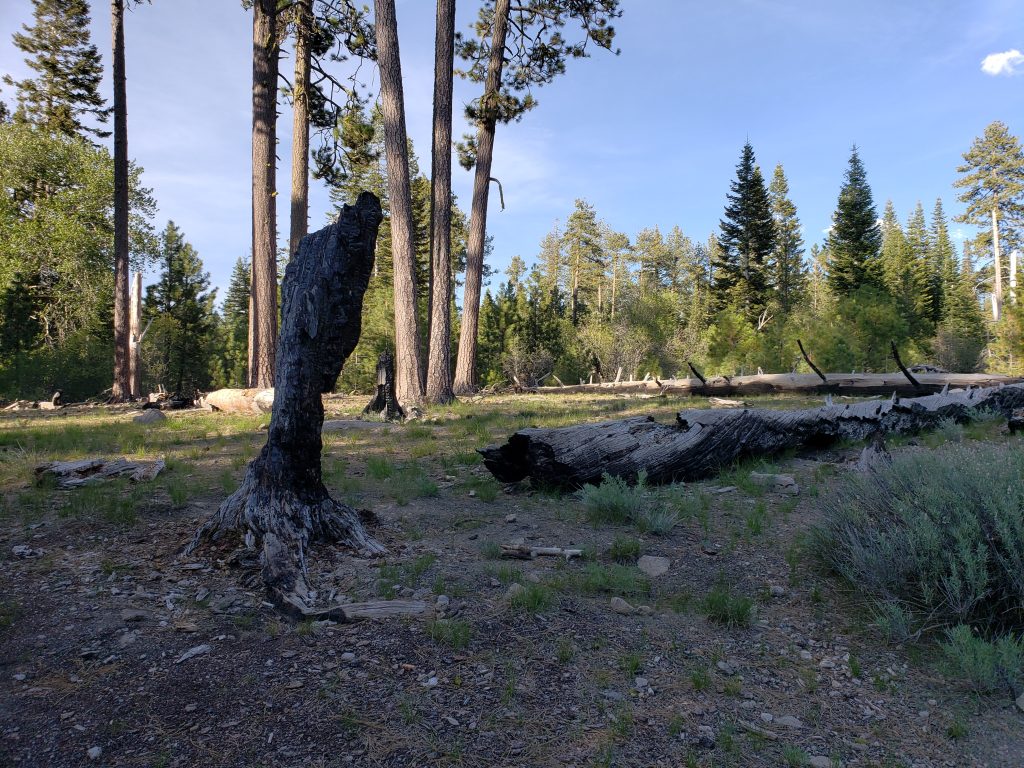 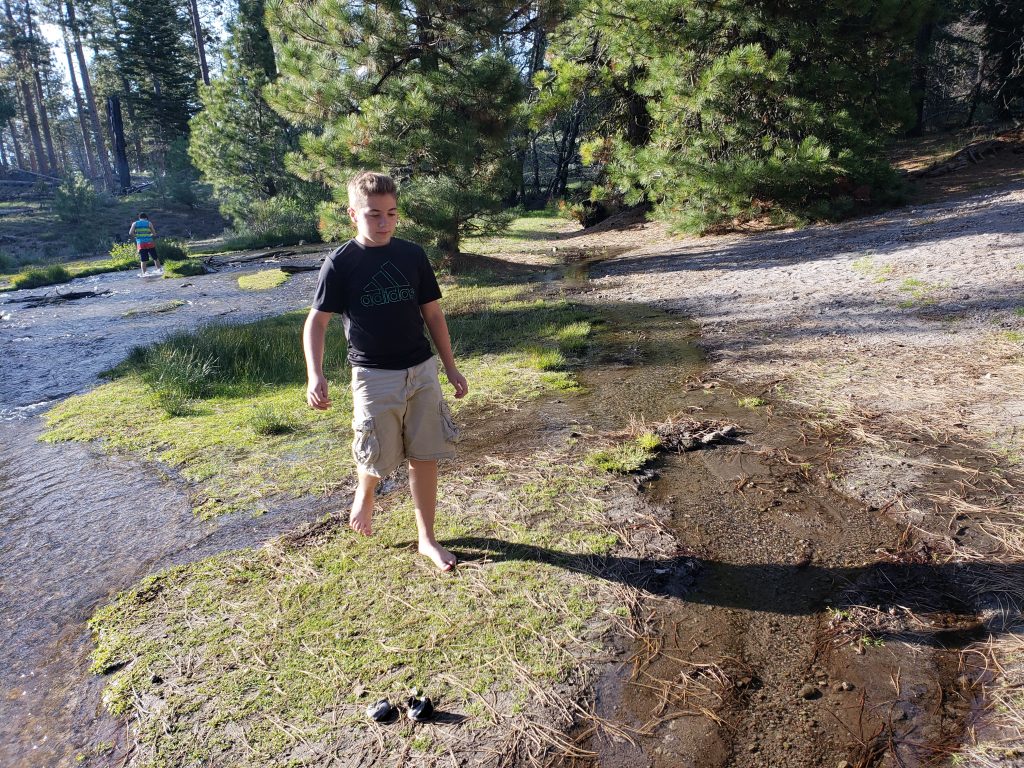 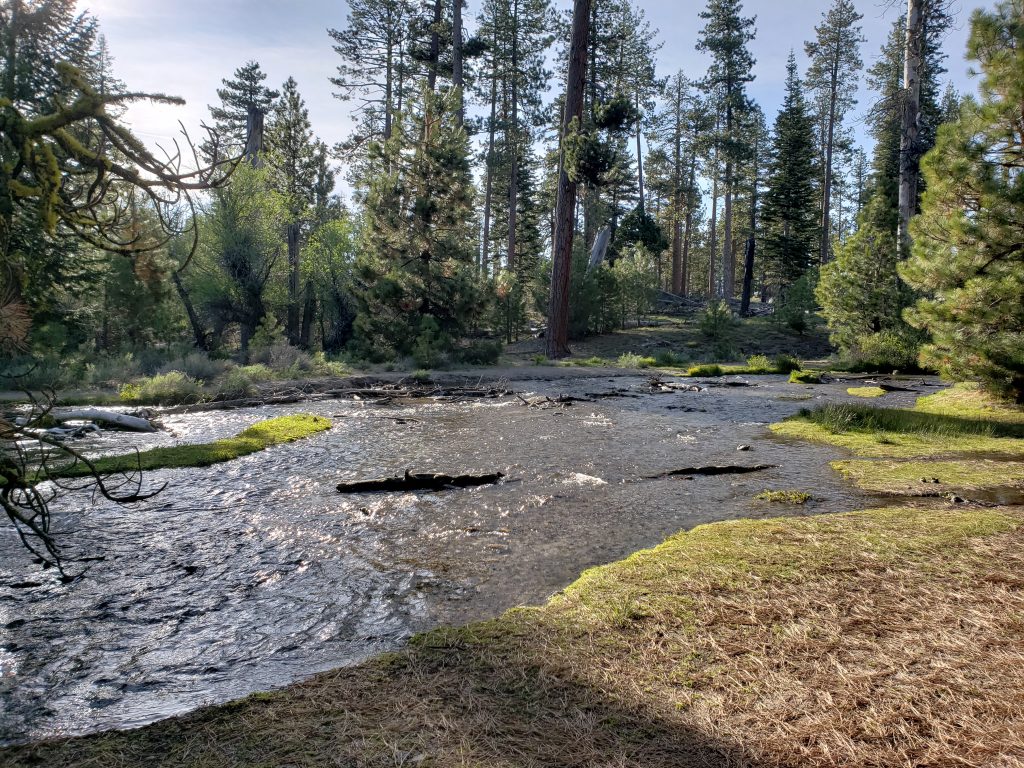 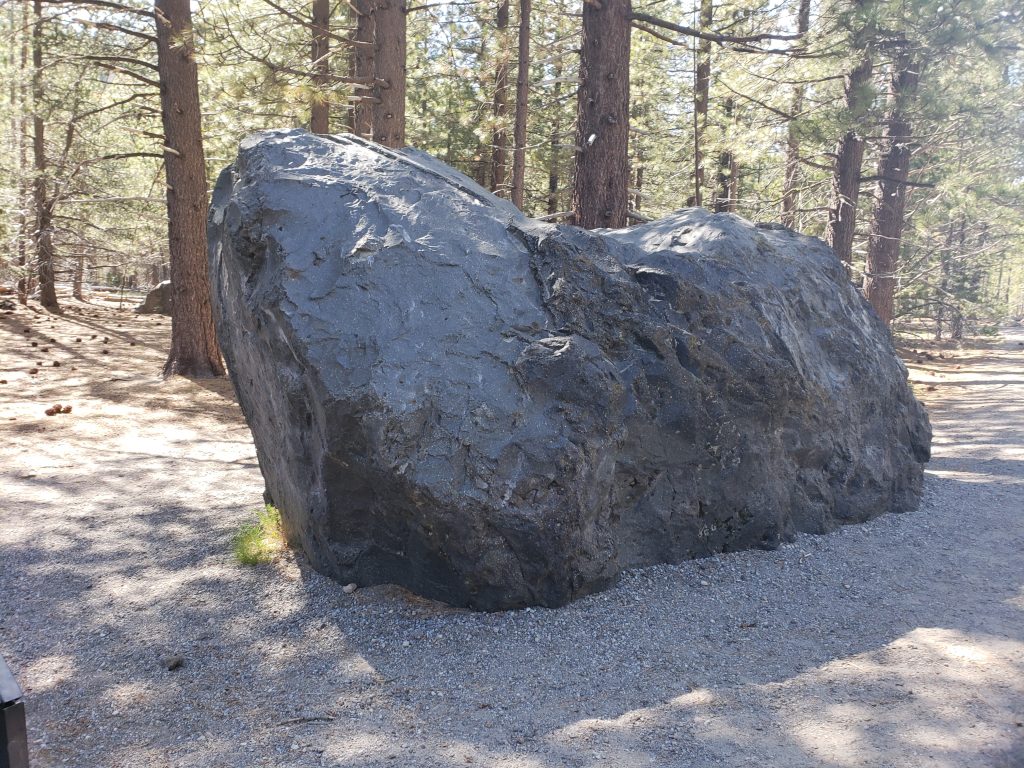 The one super cool thing is that the last time the Volcano erupted here at Lassen was 1914-1915. I was shocked that it was so recent.

There are several of these around the park, but this one is right on the road and clearly labeled as  “Hot Rock”. It’s a HUGE volcanic boulder that was part of the May 14, 1915 eruption. Lava was plugging the crater, so pent up gasses shattered the lava cap four days later.

The hot lava and rocks set off an avalanche that carried this 300 ton rock FIVE miles from it’s original spot as part of Lassen Peak.

When it was discovered, nearly forty hours later, it was still sizzling.

As I said, we didn’t get to fully experience this park by any stretch of the imagination – but it was a very very cool place.