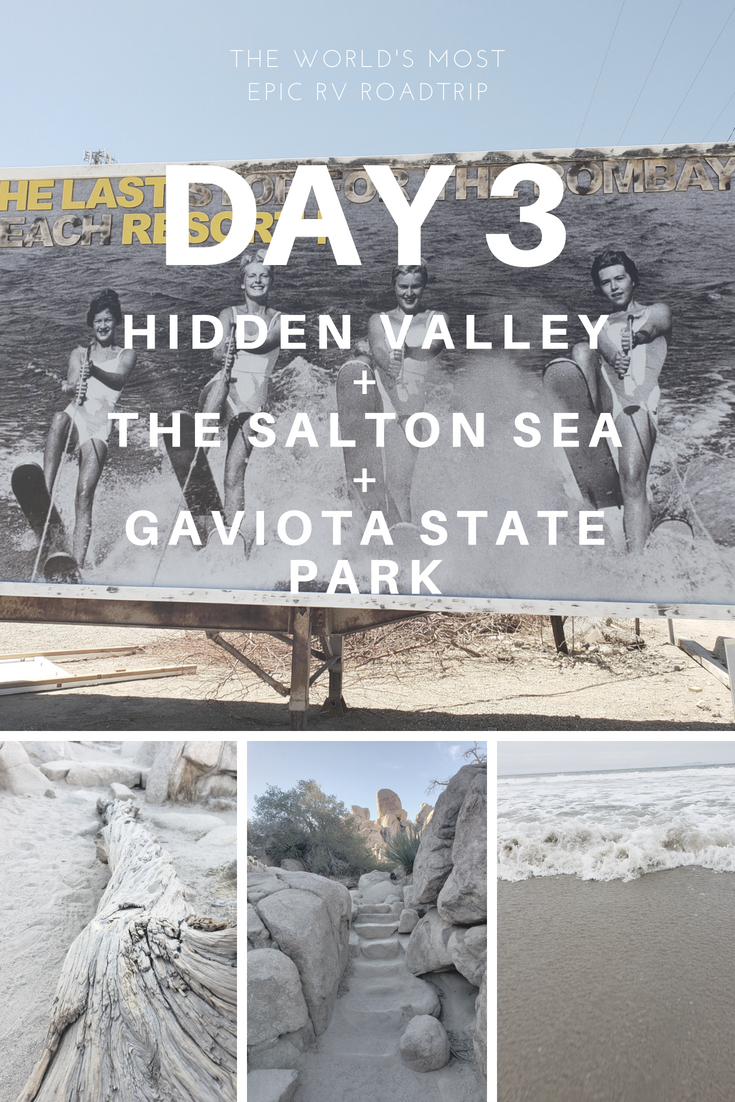 The thing about Jumbo Rocks campground is that there is no electricity, so no air conditioning…but it was so pleasant we didn’t really need it. We slept great.

Our goal for today was to get to Los Angeles, camping somewhere near the Pacific. We got there, but had to ditch any and all plans to see LA. I’ll explain.

First on the docket was the hike through Hidden Valley in Joshua Tree. It’s an easy mile loop hike, and is really cool because it’s an amazing little valley completely surrounded by huge boulder-ous mountainy-ness. Apparently it was used by cattle rustlers to hide their stolen goods. It’s a climb up through boulders opening up to an amazing valley full of scrubby brush and pinyon pines.

It isn’t the hardest hike in the park, by any means – but it IS a lovely one. 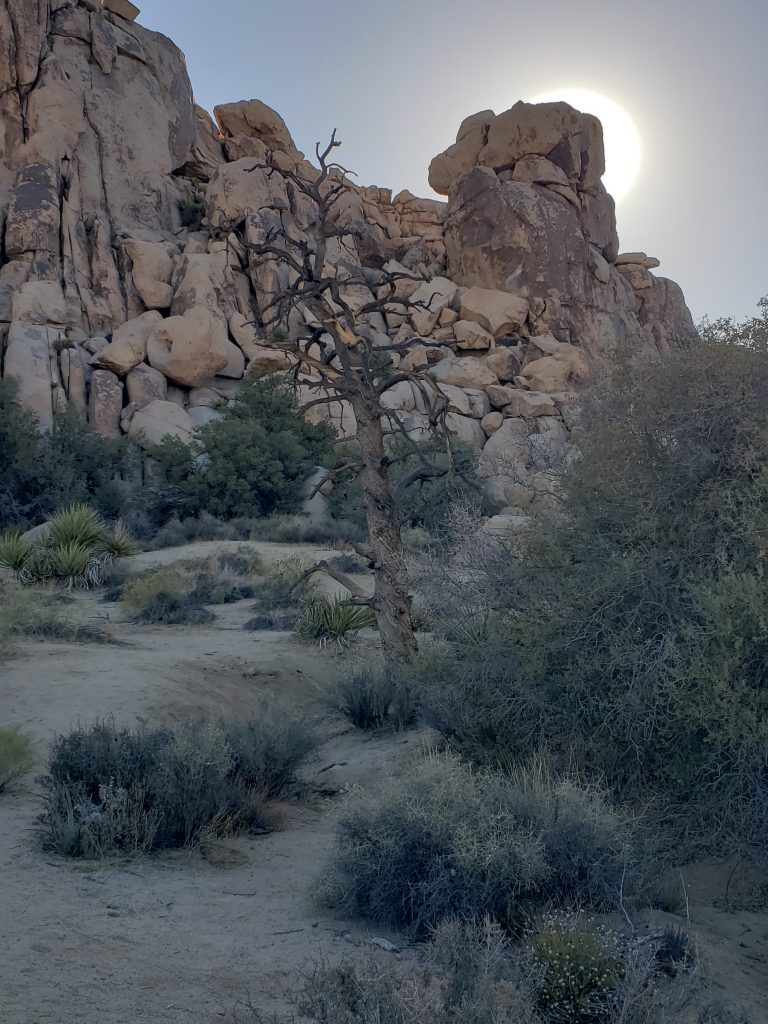 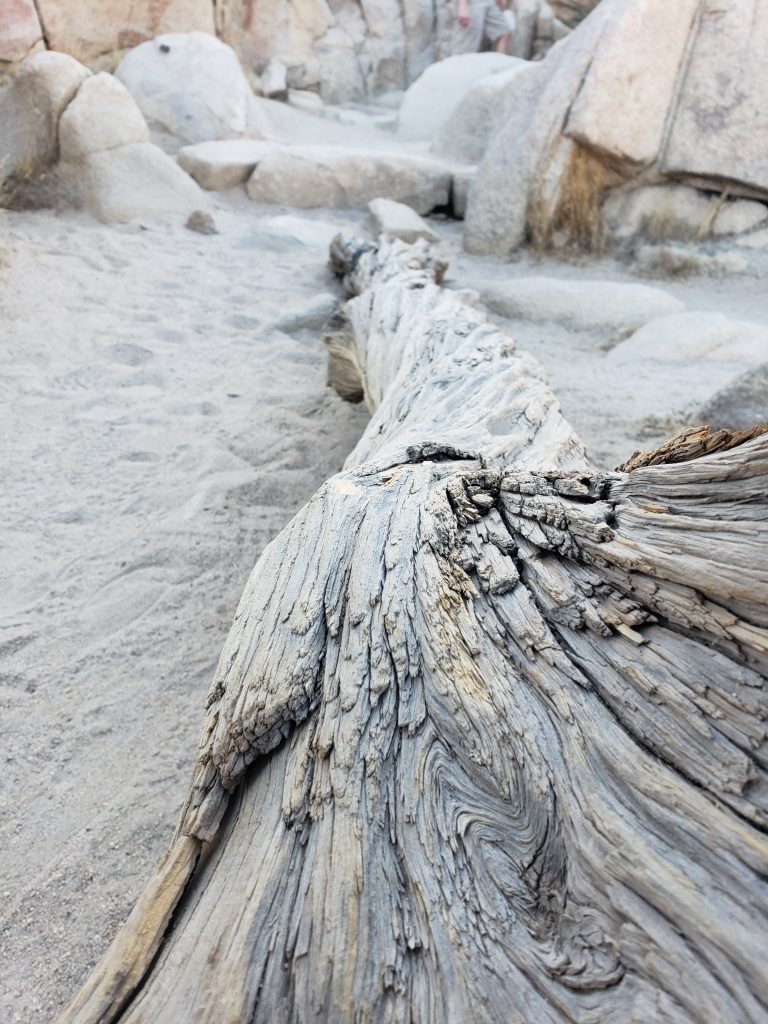 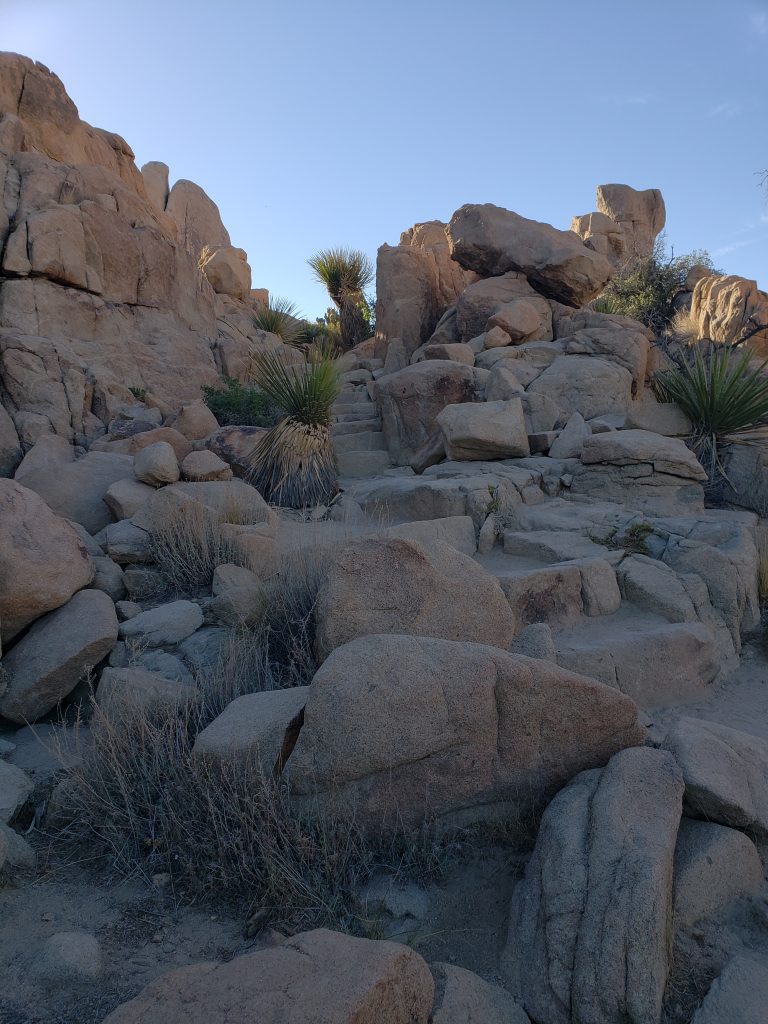 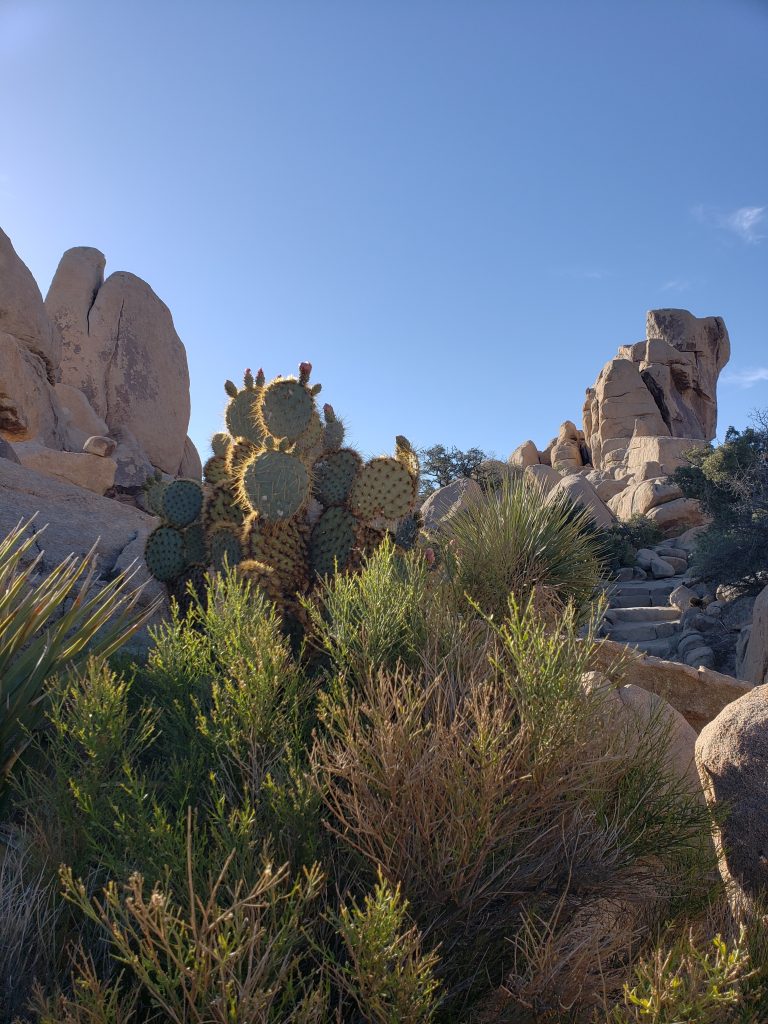 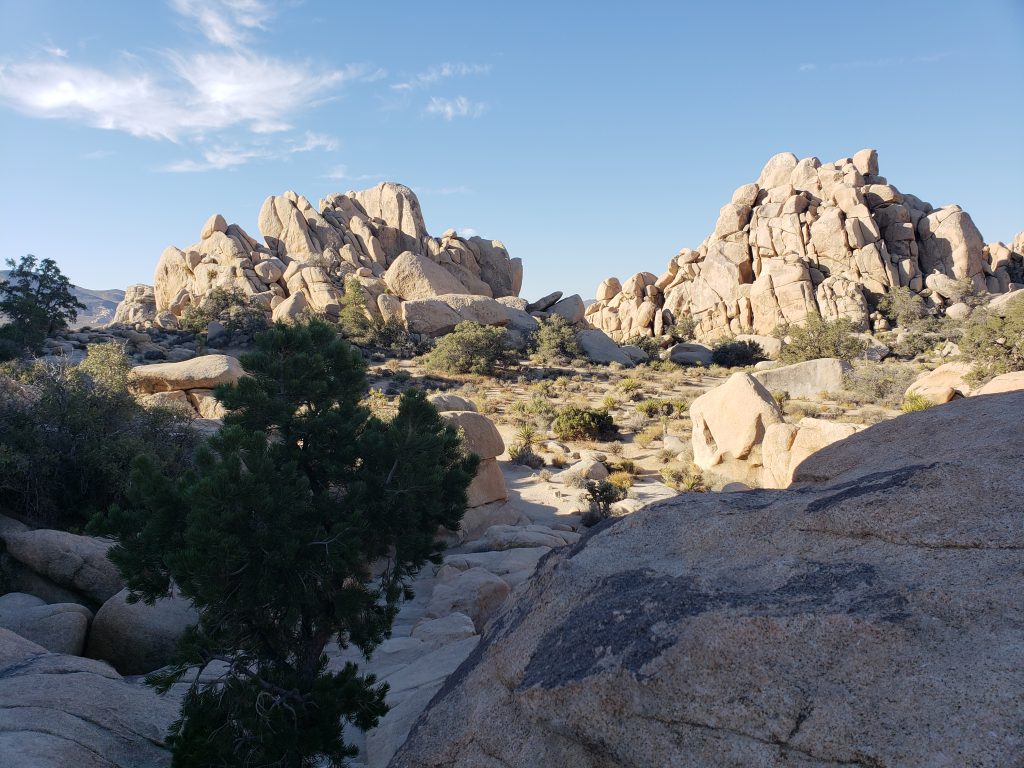 From there, we headed toward the Salton Sea. Never heard of it? Well, I hadn’t – but half the people I’ve mentioned it to had seen a documentary about it. 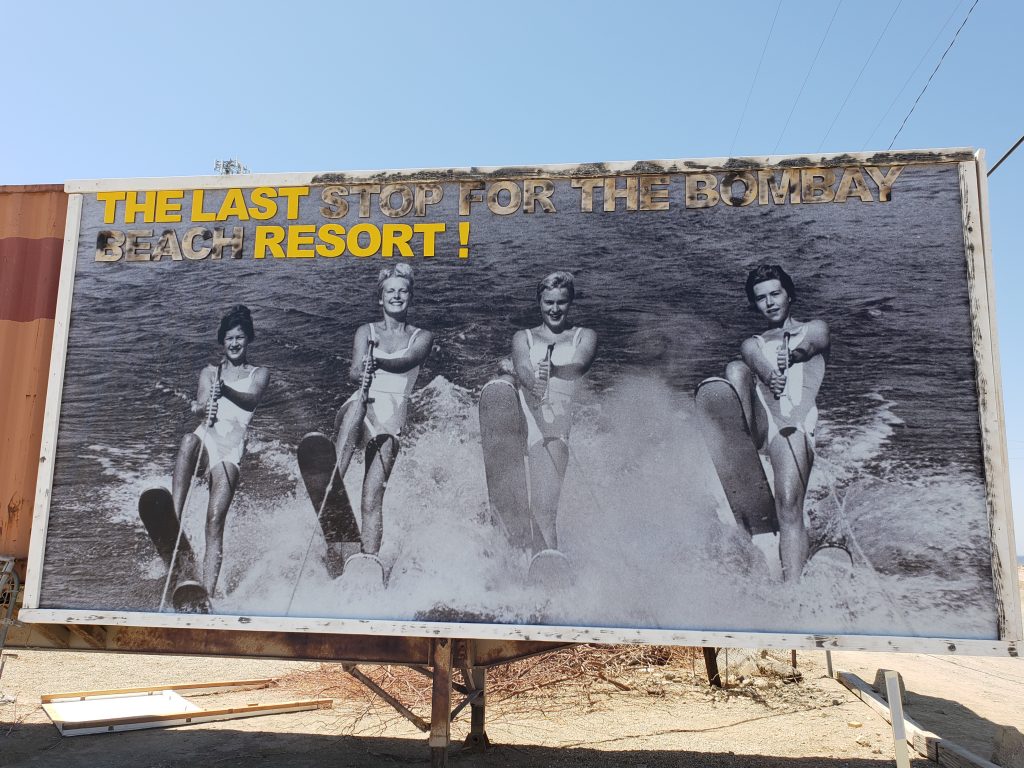 In the early 1900s, a massive flood caused the valley south of Mecca, California to fill with water and suddenly become California’s biggest lake – the Salton Sea. As land developers are wont to do – they had the brilliant scheme to turn the new saline lake into a resort area. Towns popped up all over. People flocked from Los Angeles and San Diego – and for a time, it was everything they dreamed it could be.

Until a drought hit. At this point, the water evaporated faster than it could be replenished, leaving the Salton Sea saltier than the actual seas. This killed off large portions of the fish population, leaving rotting carcasses all over the beaches.

It’s still like that today – though you can visit communities that are still, well let’s say they have people living there.

I’m not really sure WHY – but they do live there.

We visited Bombay Beach because I read that it was the best spot to really get a feel for the area. There are a few actually cute houses – but most were empty trailers, peppered with a few art installations.

From there, we stopped quickly at a state park campground – the lone camper was the camp host. I walked out to the water while everyone else used the restrooms quick.

The white of the beach is positively blinding – but it’s not sand. I’m not really sure WHAT it is – though online sources say it’s crushed fish bones. It seemed more like shells and barnacles to me. It was easy to walk on without getting any in your shoes until an area where there was a pile of dead fish carcasses. Just after that, it appeared to be a ridge that once you stepped over led down to the water.

It did actually lead down to the water, but it was by no means a firm ridge. I stepped on it, to find myself up to my mid-calf in whatever the white debris is.

It wasn’t wet and mushy – dry as a bone in fact – but I was out at that point.

The water has a slick, oily appearance and didn’t smell great, so that was as close as I attempted to get.

The drive was worth it, if only for the Mexican Grill we found in a gas station – and the novelty of imagining what once was a thriving resort area. 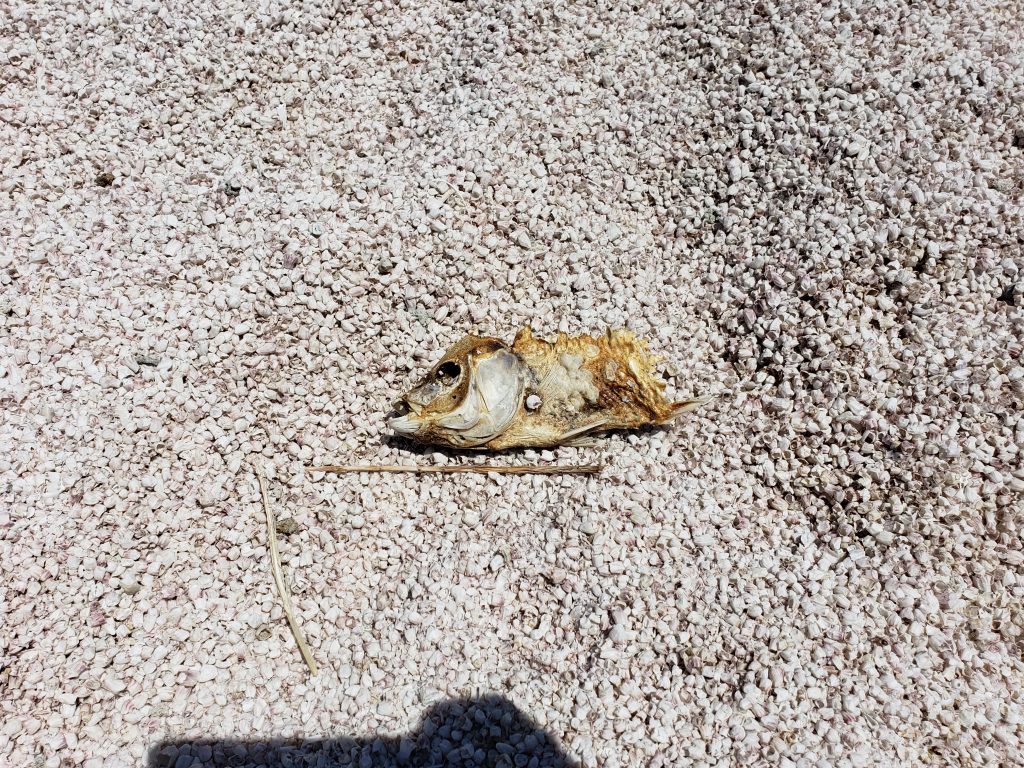 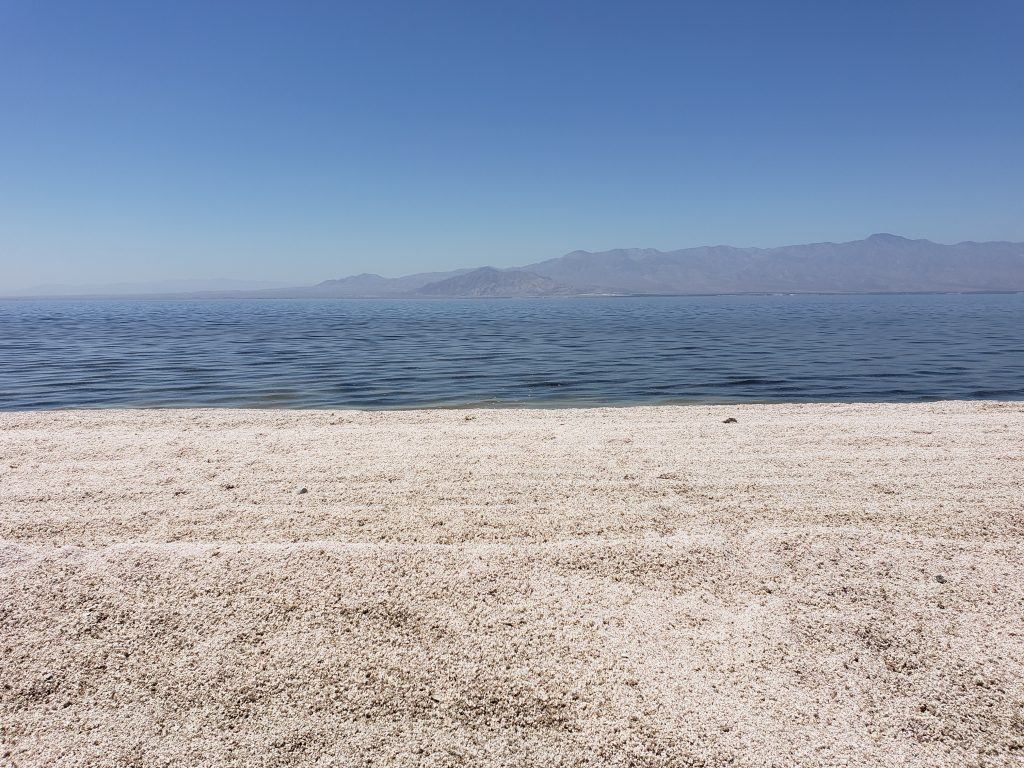 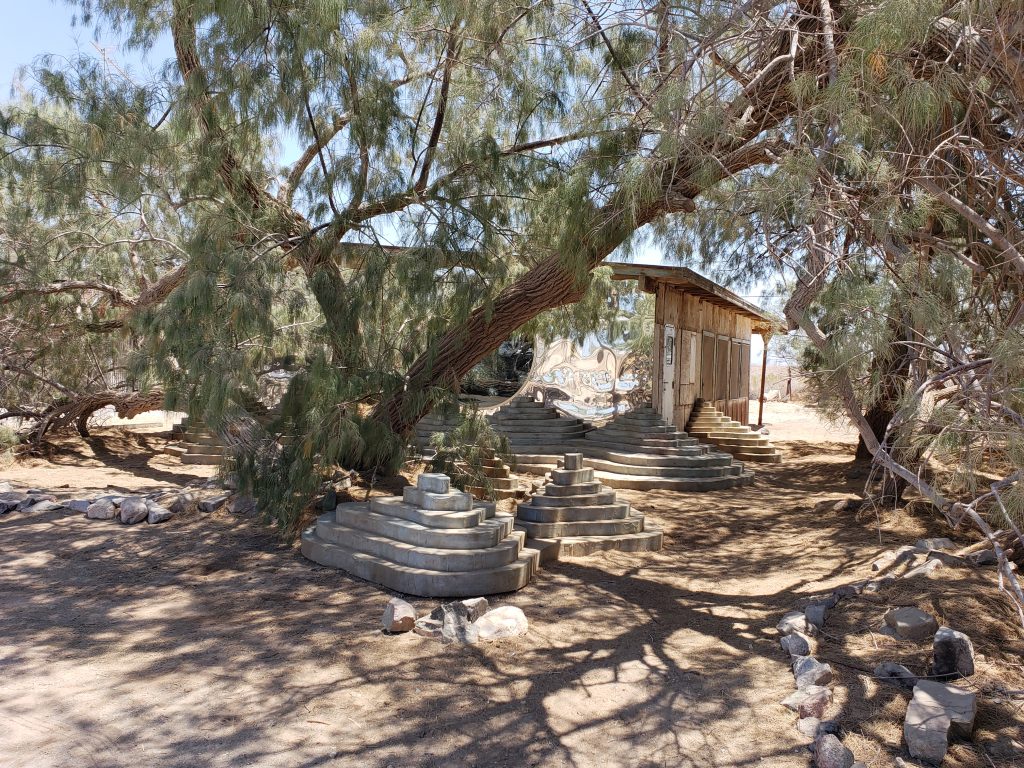 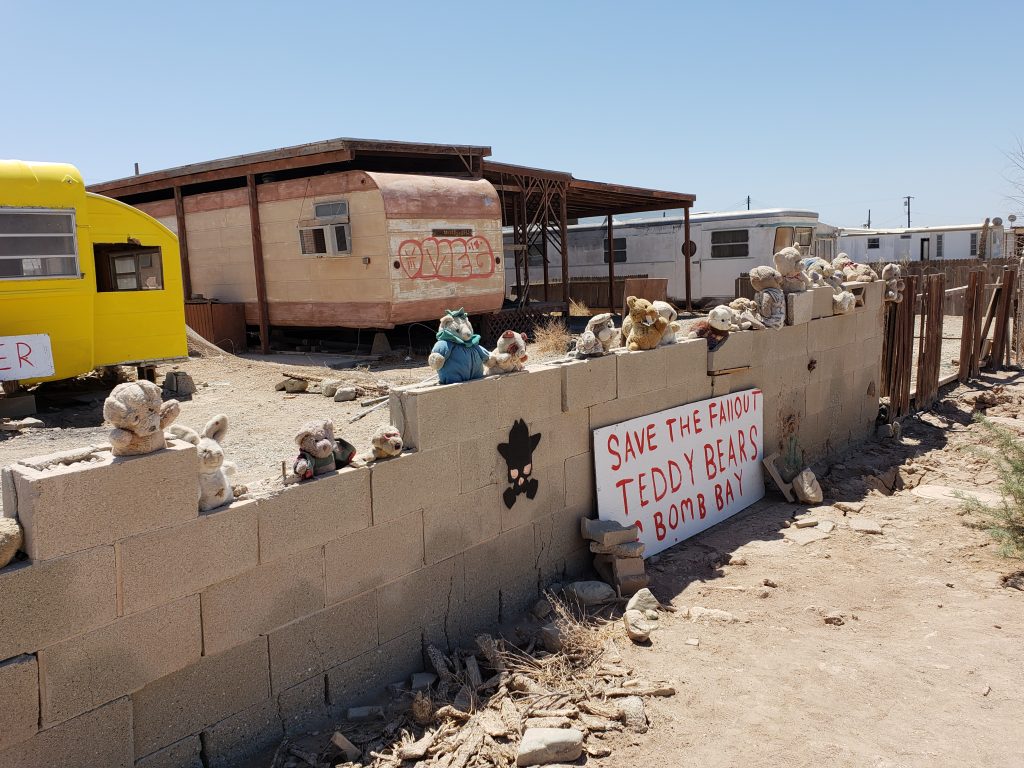 So, by the time we got done with all of that, it was around 11:30am. Which, in an ideal world should give us a few hours in LA. Traffic there, however, is worse than they say. By 4pm, we still were just barely to the city, and after reading a little about driving in the city with an RV we decided to just skip it. We didn’t have the time to devote to renting a car this trip, so we headed straight to the coast.

We made a beeline for Ventura where our kids got to dip their feet in the surprisingly cold Pacific for the first time. We had a quick picnic in the RV, ran out to the water and hopped back in to head to our final destination for the day – Gaviota State Park.

Because it’s the only State Park campground on the coast in that area, they charge a whopping $45 a night. We paid it, and while the bridge was cool, and the electricity nice – it was a little high for the facilities. 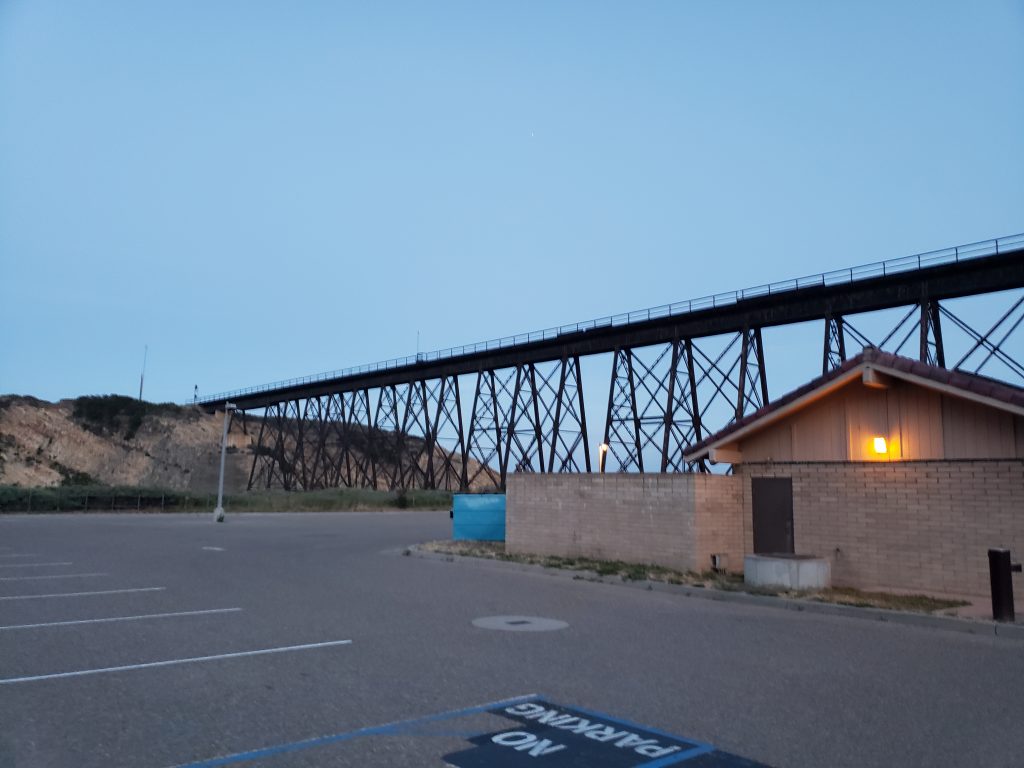