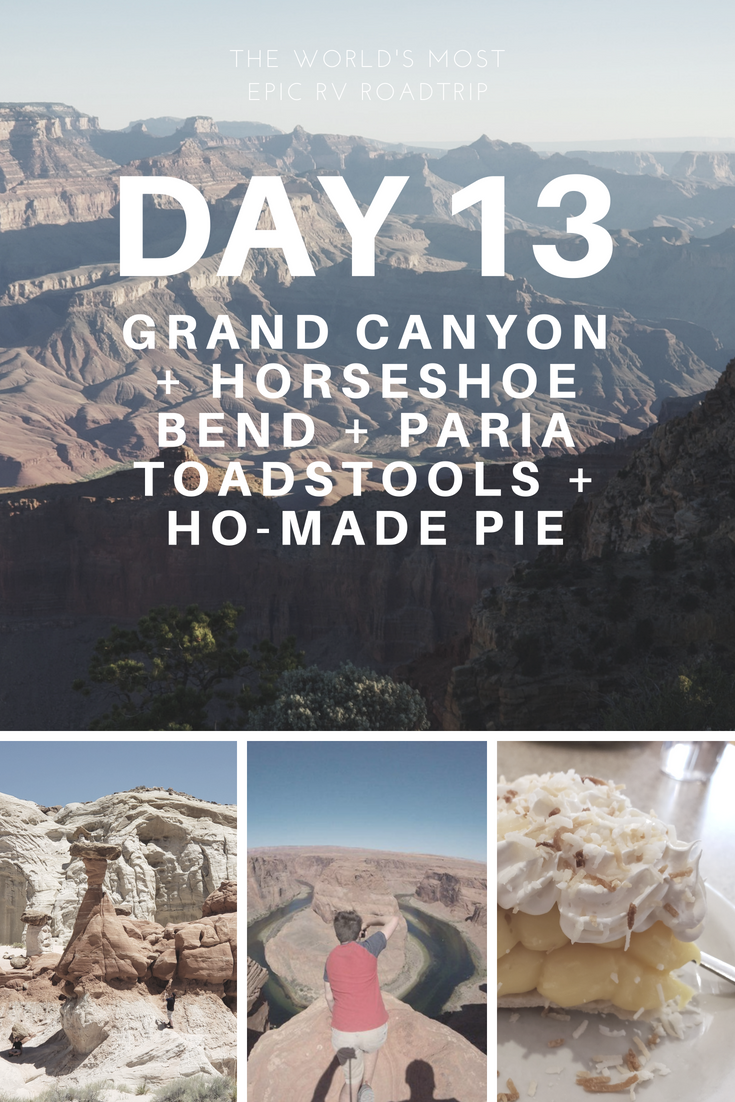 This post wins for longest title ever…but I couldn’t leave any of them off!

The day started just outside of the Grand, at our campground at Ten X. I want to stress again that this was in our top 5 campgrounds of the whole trip – and it was TEN DOLLARS a night!!

So, I’ve been to the Grand Canyon before. A couple of years ago, the husband and I stopped here at the tail end of our trip through Utah on our way back to Vegas. It was kind of like this:

Not that I was unimpressed. It’s pretty, well, grand. But I felt like if I ever saw it again, I would want it to be in a helicopter, or on a raft in the river.

Helicopter rides for five people, though, are outrageously priced. And rafting is like a 3 day minimum commitment, and we didn’t have that kind of time. So, from the rim it was, again.

Last time, we stopped at the Watch Tower, and maybe one or two other stops. They were overly crowded and we were slightly underwhelmed.

This time, though, it was just us, the sun, and the canyon. (It was about 6am). This time, I found it breathtaking. 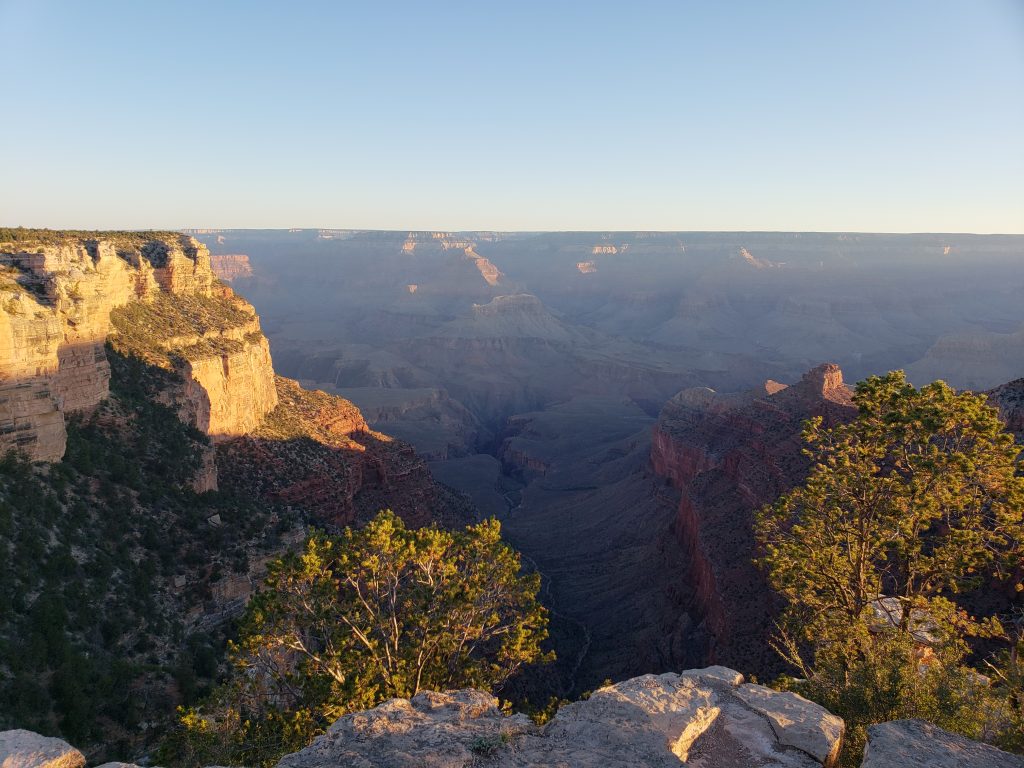 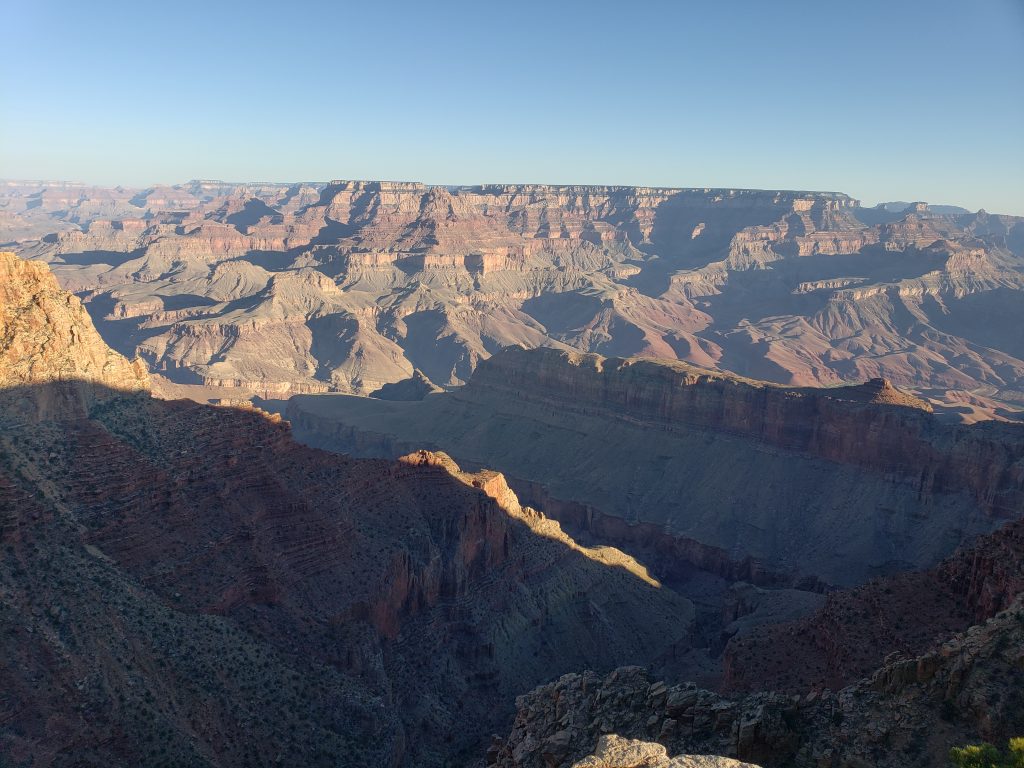 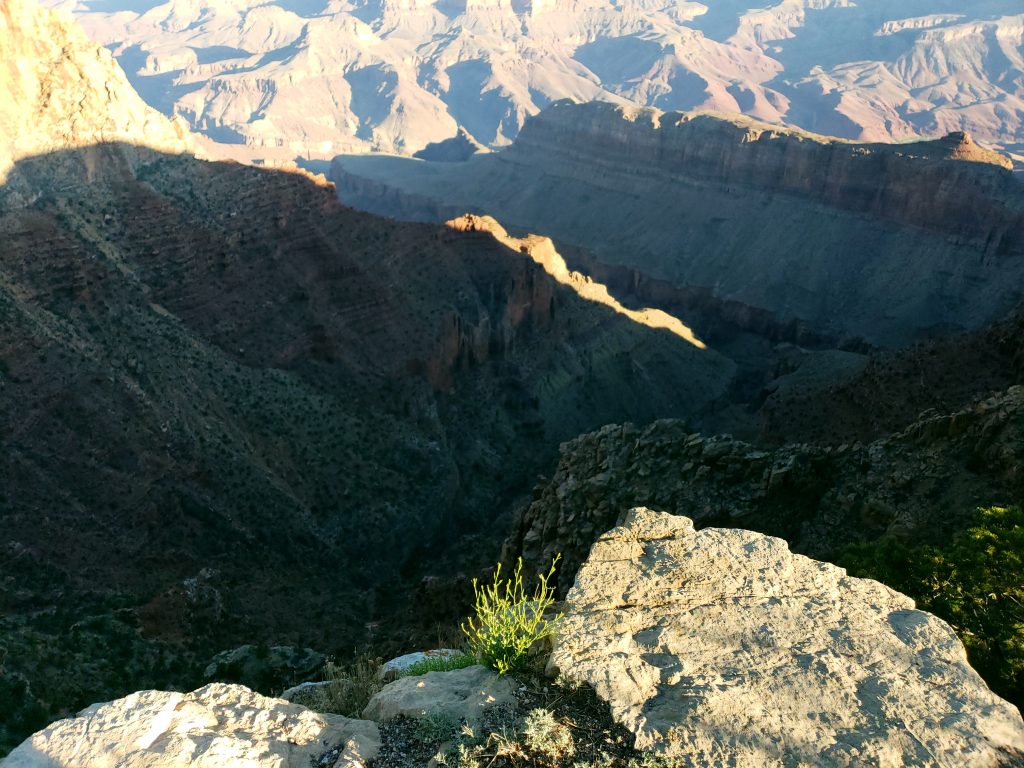 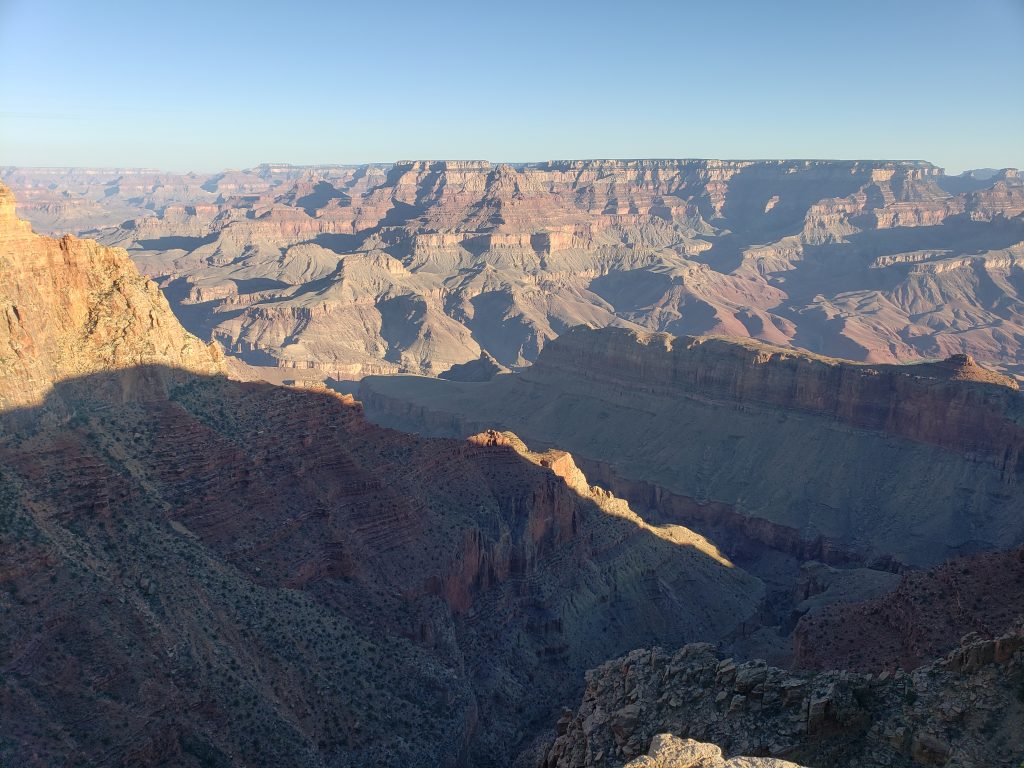 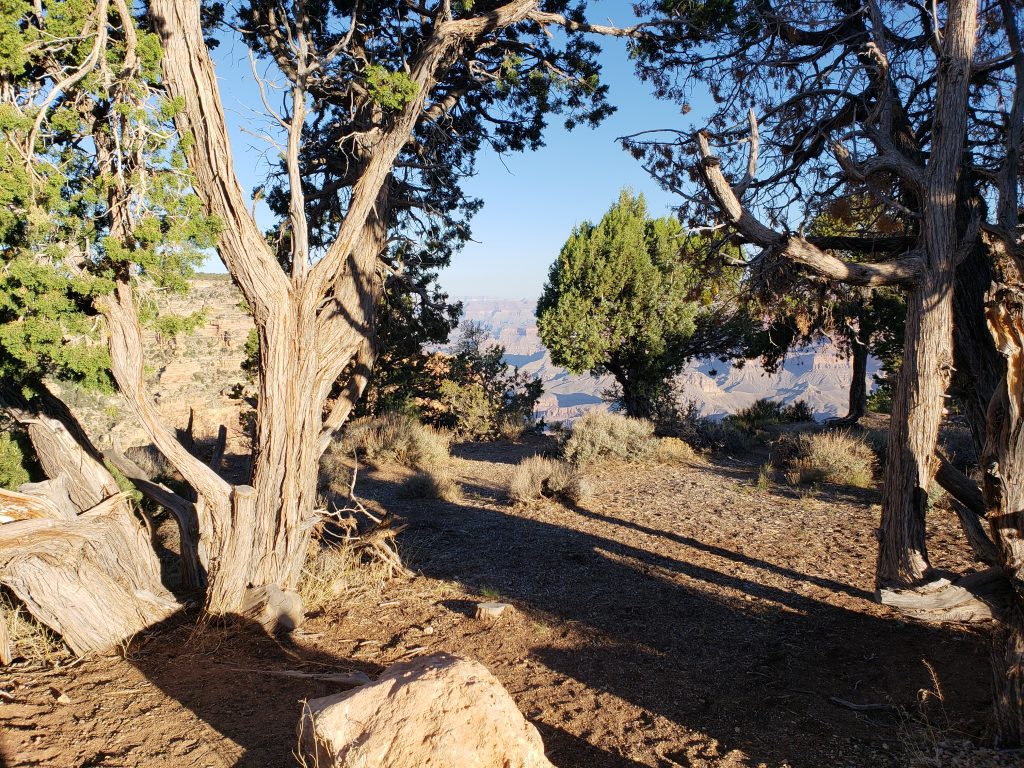 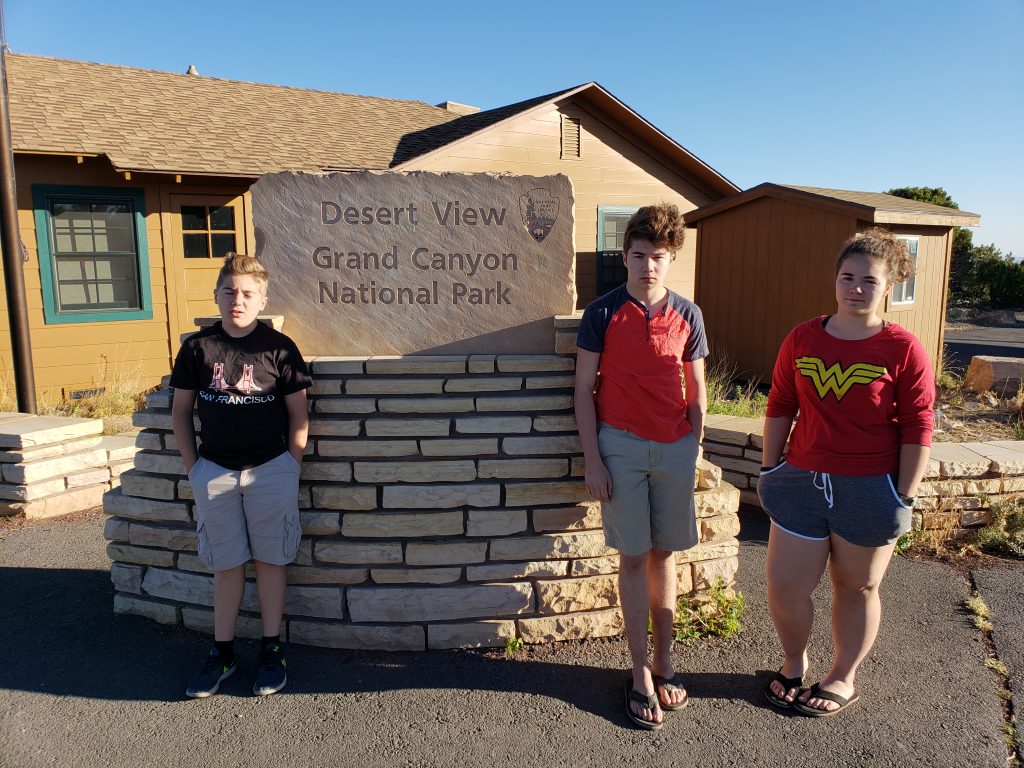 From there, we headed toward Utah, with a quick stop at Horseshoe Bend.

I confess, I did not hike up to see this. This is the husband’s pics. I’ve seen it before, and I totally wimped out. There is another pic of my oldest son leaning too far out to get a pic. That’s the other reason I opted out. 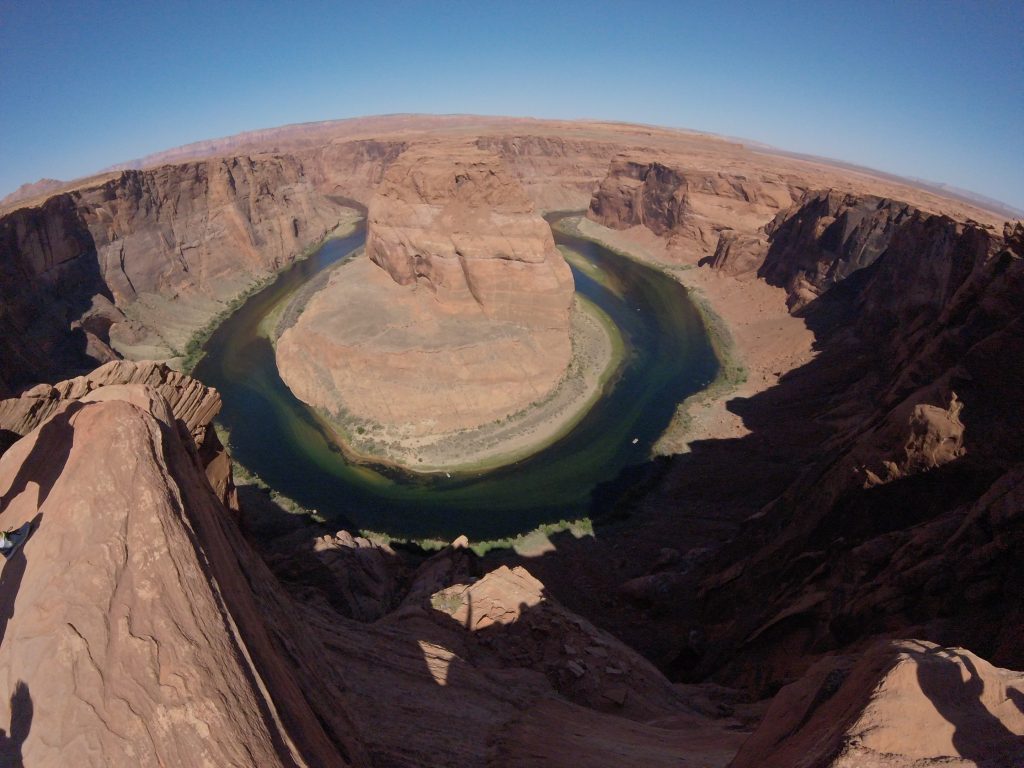 From there, we headed toward our ultimate destination for the day – Bryce Canyon. But, there were stops along the way.

These cool hoodoos are a good mile off the road. There is a nice parking area, a sign and a well-marked trail to get to them. Bring water. It’s dry as a bone, and hot as hell.

Unfortunately, many of the toadstools have been knocked over. Not sure if that was from people, or nature, but either way, it’s too bad. The ones remaining are pretty cool, and it was definitely worth the hike.

In the second picture below, you can see just how huge these things really are. 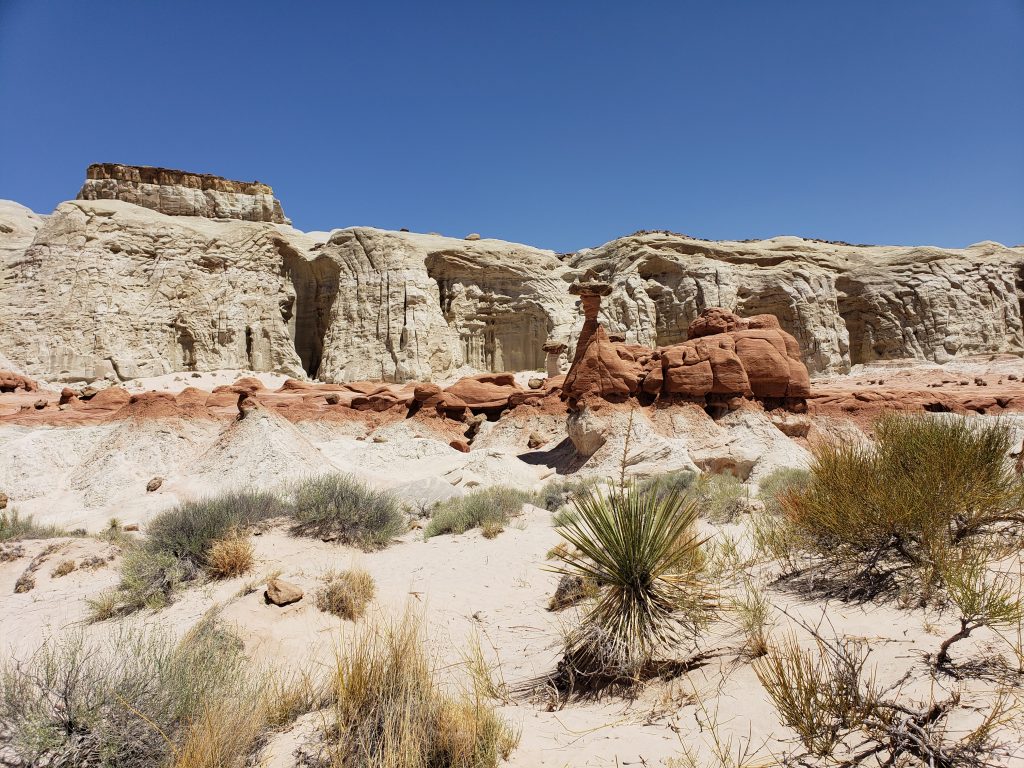 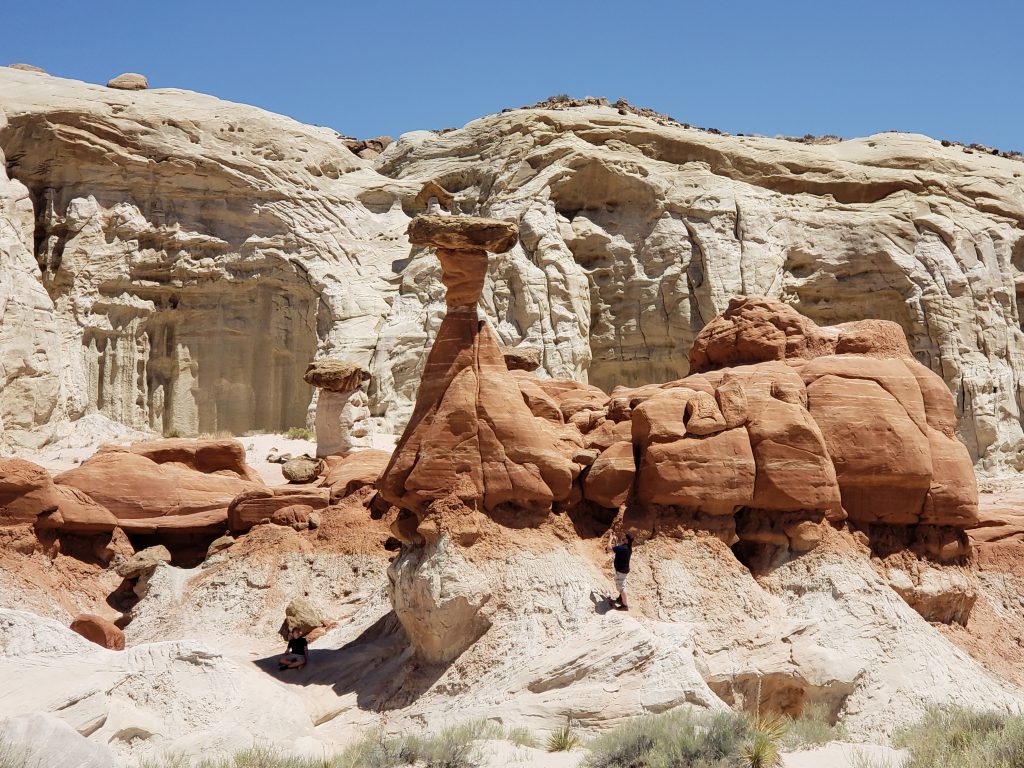 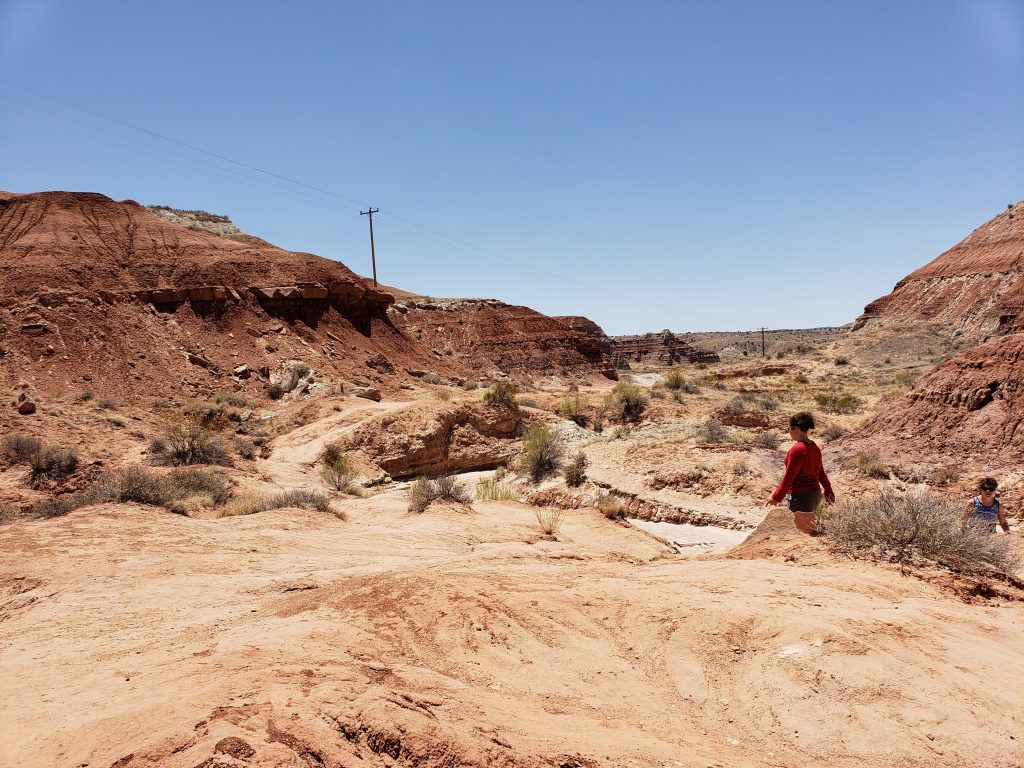 Next stop? The Thunderbird for Ho’Made Pie, and the obviously best sign in the world.

The pie is outrageous. We got Apple with Hot Butter Rum Sauce, 2 Thunderberry, Coconut Creme, and Chocolate Creme.

I say Coconut was best. Everyone else liked theirs best. I guess that’s the way it works. 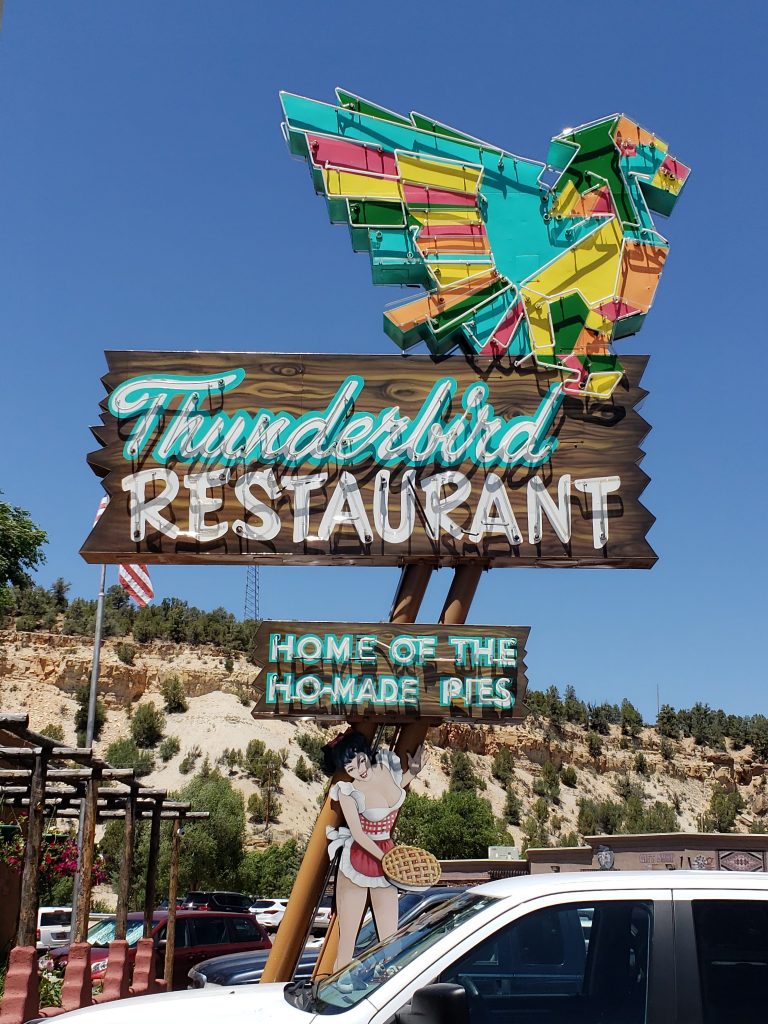 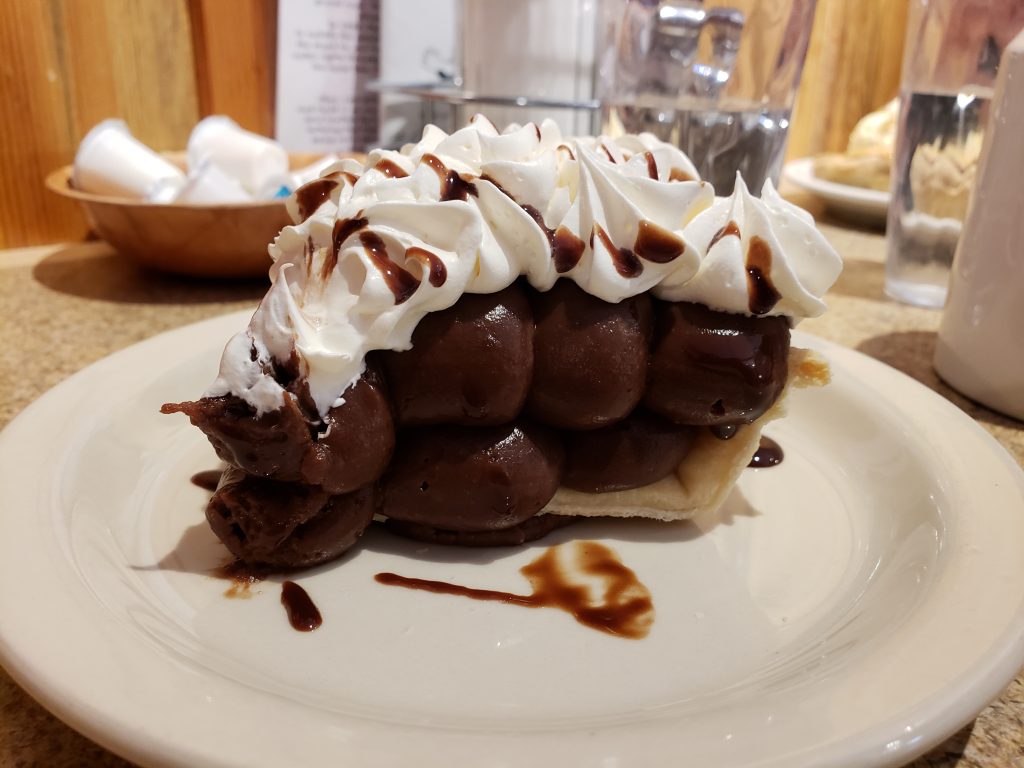 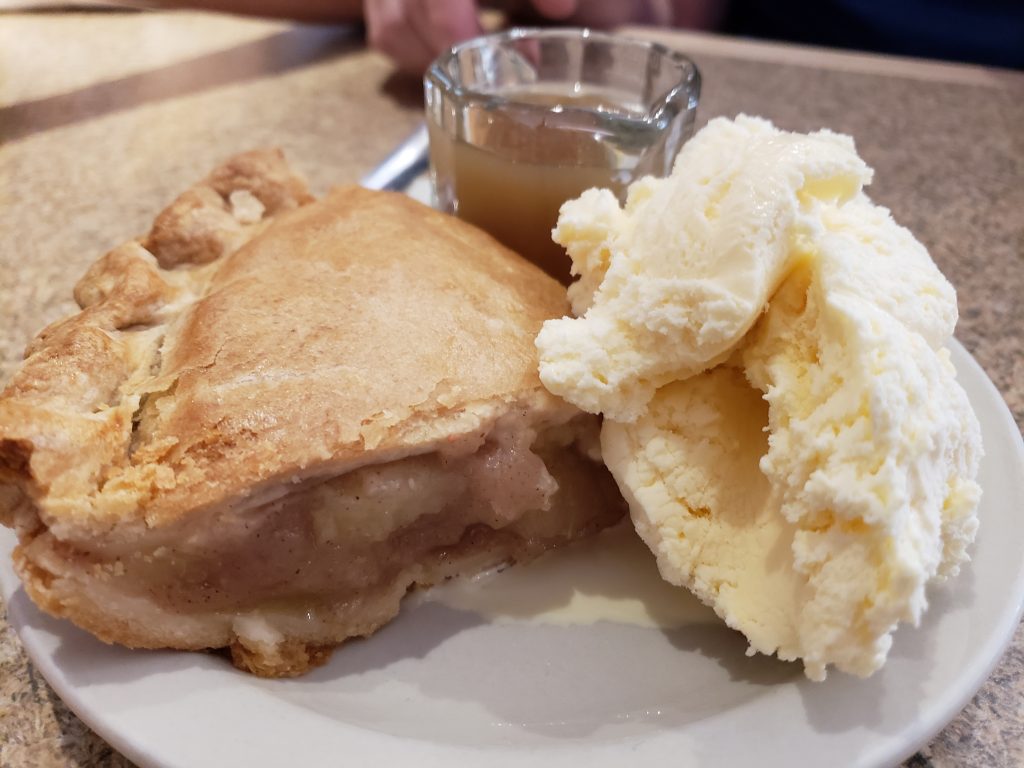 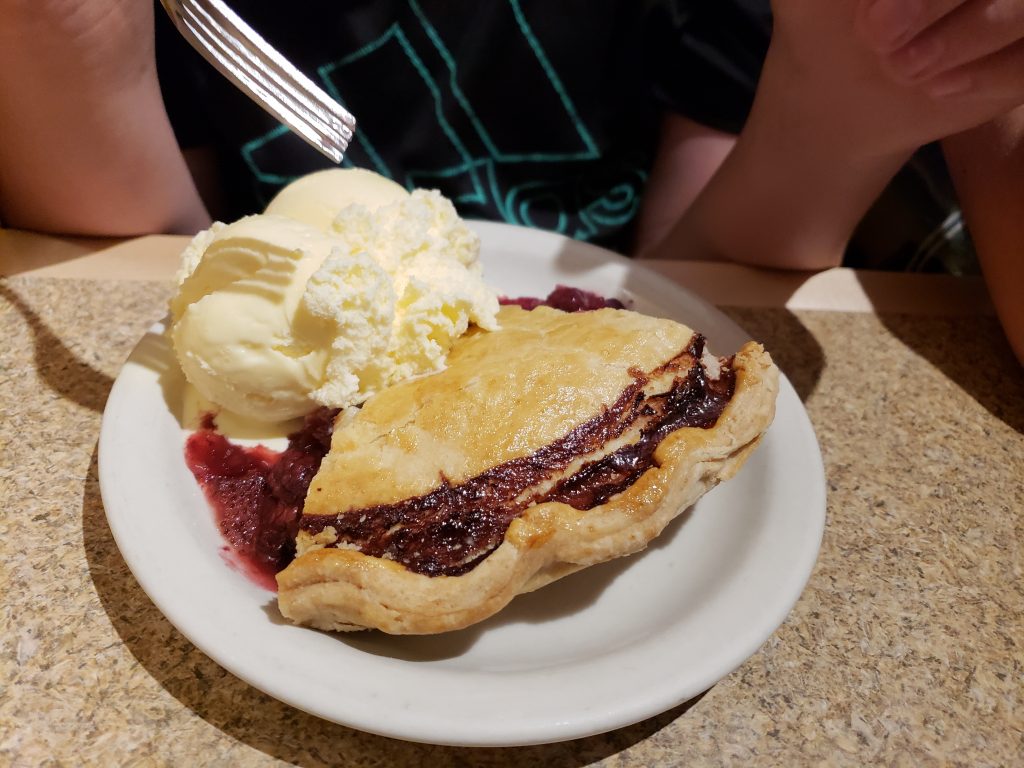 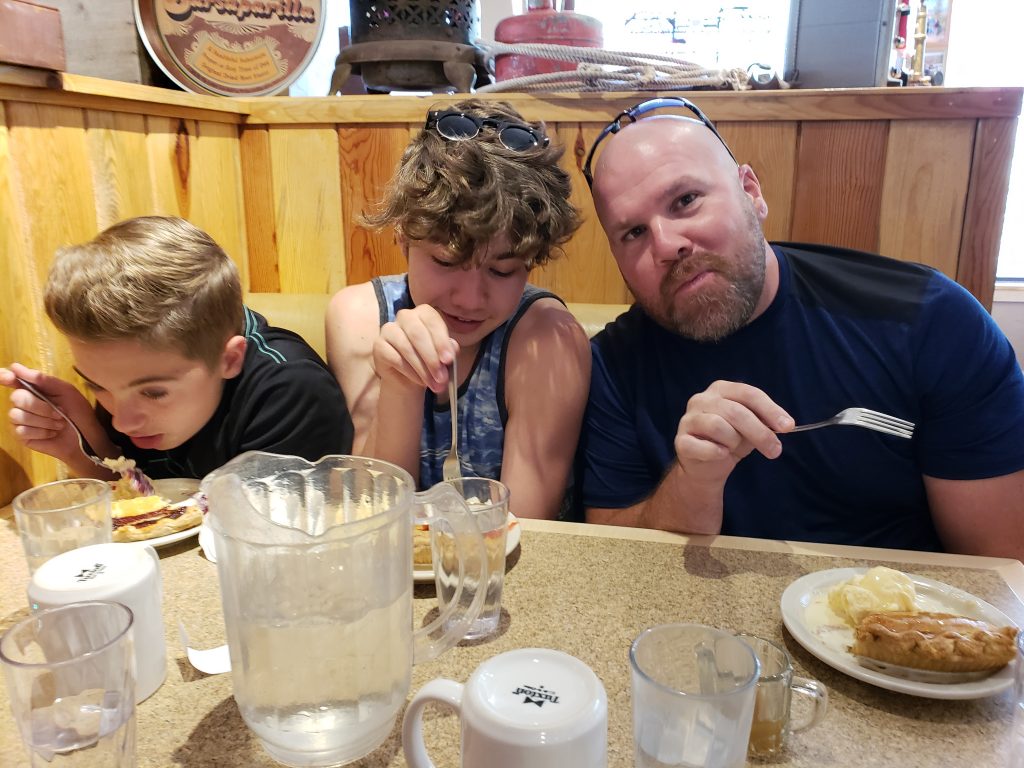 This is probably my favorite national park. There is no where like it. It is simply breathtaking.

Below is a pic from Inspiration Point, but tomorrow, we do a hike through the main cathedral on my favorite hike in any park – the Queens Garden – Navajo Loop Trail. 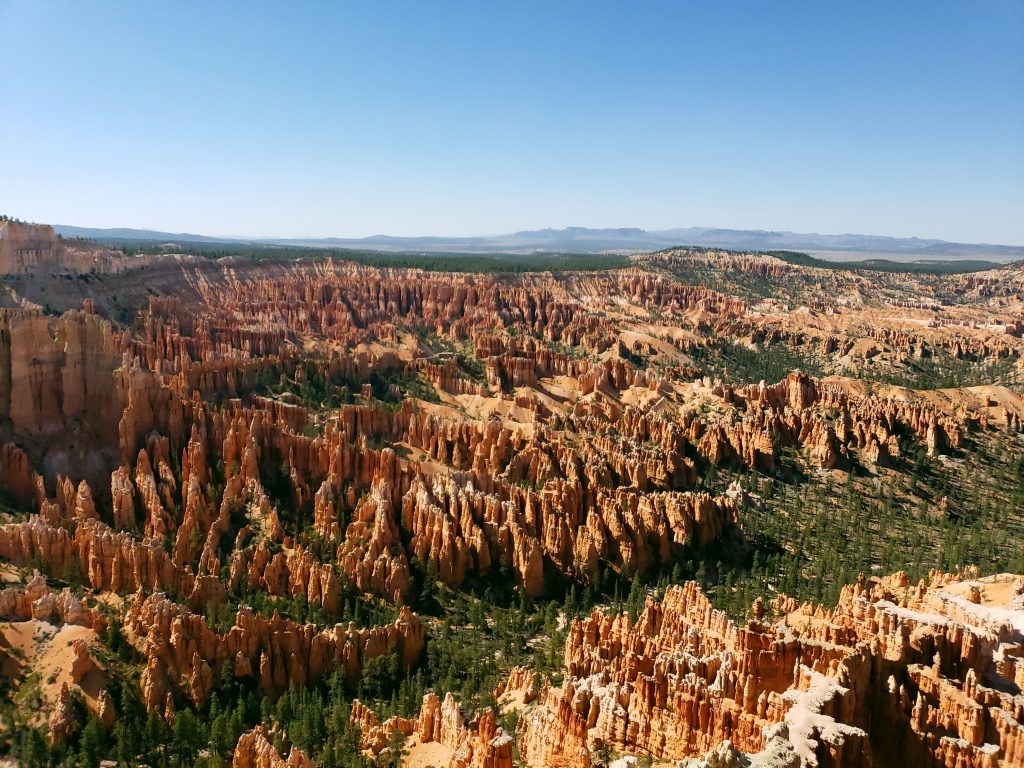